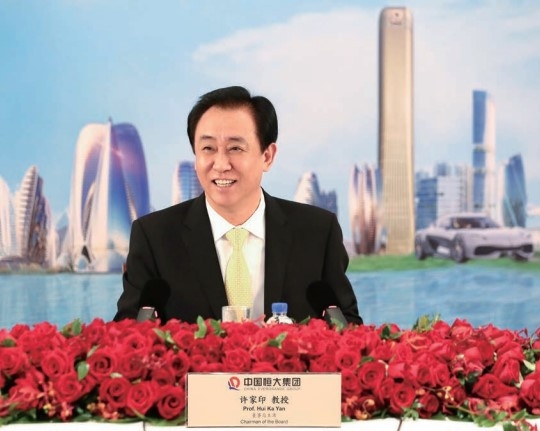 In an action-packed week full of news from the U.S. central bank, the Fed highlighted growing concerns over the highly indebted Chinese property developer Evergrande.

As one of the largest property developers in China, the Evergrande Group carries the biggest debt burden of any publicly traded real estate management or development company in the world — $300 billion. If that figure doesn’t feel panic-inducing enough, Evergrande owes an additional $80 million on interest payments due this week.

Typically, Beijing is fond of bailing out its homegrown stars, but this time the Chinese government is reluctant to get involved, which might spell disaster for both its housing market and for investors around the world. The Chinese real estate sector makes up more than 28% of its economy, and 40.7% of China’s bank assets are related to the property sector. Meanwhile, U.S. investors are concerned about spillover effects if the company needs to liquidate.

Evergrande is the second-largest property developer in China, with over 1,300 projects in more than 280 Chinese cities. The group’s operations cross into wealth-management products, electric vehicles, consumer goods, and even a massive soccer academy. Primarily, the company invests, builds, and manages thousands of residential properties, with annual sales averaging $108 billion.

Within the past several months, however, the company’s share price slumped 85% — it was trading at 44 cents per share this morning — amid rousing suspicions that, according to the Financial Times, the company would default on a $305 billion pile of liabilities, equivalent to 2% of China’s GDP.

Evergrande was expected to make interest payments up to $80 million this week, but as of Monday it had missed two payments from its biggest bank creditors, causing stock shares to plummet. On Monday, investors across three continents dumped their stocks, mainly out of fear that the world’s two largest governments — the United States and China — would undercut the beginnings of a global economic recovery.

Although Evergrande's stock has been falling for several months, investors did not begin to panic until a leaked letter was released earlier this month. It revealed that Evergrande had pleaded for government support to approve a backdoor listing plan and warned of a potential cash crunch. Soon, more confessions were spilling out — the company’s vast expansion was fueled by debt, aggressively raising loans to afford its land-buying spree, and then selling apartments quickly, despite low margins, to start the cycle again. The firm’s interest-bearing debt reached 570 billion yuan ($88.2 billion USD) at the end of June.

All these issues came to a head on Monday, when the stock slumped another 10%, causing investors to dump shares of the once-powerful developer.

John Canavan, lead analyst at Oxford Economics, told reporters from the New York Times that the "question is: to what degree are there spillover risks within Chinese equities and then cascading into the global markets?”

The spillover effect is when events stemming from one country, like stock market downturns, have a ripple effect on foreign economies.

If Evergrande cannot make either of the additional interest payments due Thursday, the company risks sliding into default, triggering a technical default among creditors, estimated at 130 financial institutions. It would also trigger wholesale write-downs (asset value decreases) of an estimated $305 billion in outstanding debts.

The spillover would then contaminate local government financing, which relies on selling land to property developers to raise cash for day-to-day operations. Further down the line, banks with direct exposure to Evergrande (or any of its associated companies) would become vulnerable to significant write-downs. This could hinder lending growth in the broader economy, as data suggests a downturn in the world’s biggest economy.

Mortgage professionals in the U.S. are feeling a strange sense of deja vu, with some even comparing Evergrande’s meltdown to the collapse of Lehman Brothers. The threat of major losses amongst bondholders and lenders is expected to have a domino effect in China’s real estate market, similar to the Lehman Brothers’ collapse in 2008, which took down the entire U.S. housing market and sunk the economy into a recession.

Monday's major sell-off began in Asia before spreading like wildfire across Europe and the U.S. The Dow Jones Industrial Average sank 614 points, recovering slightly after its initial 900-point drop. The S&P 500 and NASDAQ fell sharply as well, showing some of their worst daily percentages. Still, most U.S. investors believe the Chinese government will eventually swoop in to save the property giant

Evergrande will soon face a liquidity crisis if it does not deliver the coupon payments for foreign bondholders on Thursday. Taking into account that the Chinese government controls its central bank and other major banks, U.S. investors believe Beijing will not allow a disorderly bankruptcy like the one seen with Lehman in 2008. Yet, the Chinese government has remained quiet so far.

The Evergrande dilemma is just one of many worries weighing heavy on investors' minds this week. U.S. investors also are concerned about the lingering impacts of COVID-19  and its delta variant, as well as political feuds over the nation’s debt ceiling, and whether the Federal Reserve plans to scale back asset purchases.

Any of these factors could have influenced investors’ decisions on Monday, and repercussions remain to be seen. 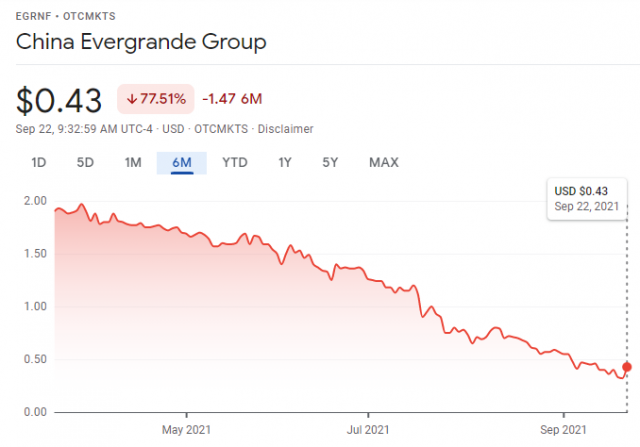