Employment Up, Unemployment Down in October 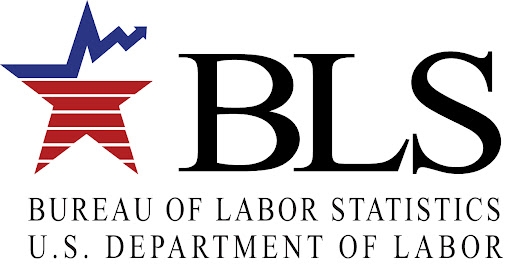 The nation added more than a half million jobs in October and the unemployment rate dipped to 4.6%, but there remains a large cohort of people who continue to opt out of the labor market, according to a new report.

The U.S. Bureau of Labor Statistics issued its monthly Employment Situation Summary for October this morning, with the data showing continued improvement overall.

Total nonfarm payroll employment rose by 531,000 in October and the unemployment rate edged down by 0.2 percentage point to 4.6%, the report said. Job growth was widespread, with notable job gains in leisure and hospitality; professional and business services; manufacturing, and transportation and warehousing. Employment in public education declined over the month.

Like the unemployment rate, the number of unemployed people, at 7.4 million, also continued its downward trend. Both measures are down considerably from their highs at the end of the February-April 2020 recession, but remain above their levels before the COVID-19 pandemic — 3.5% and 5.7 million, respectively, in February 2020.

The number of people not in the labor force who currently want a job was 6 million in October, the BLS said. That figure is essentially unchanged over the month, but up by 968,000 since February 2020. These individuals are not counted as unemployed because they were not actively looking for work during the four weeks preceding the survey or were unavailable to take a job.

“According to Census Pulse data, the primary reason among women for not working was caring for children not in school or daycare,” Kushi said. “However, the share of women citing childcare as their main reason for not working has noticeably declined since the summer.”

Kushi said there are some other, positive takeaways from today’s report.

She called the increase in total non-farm payroll employment “a welcome acceleration in the recovery. As it stands now, approximately 19% of the jobs lost in the pandemic have not been regained. If monthly gains continue at the October pace, we could return to the pre-COVID employment peak by June 2022.”

She also noted that employment in the construction industry jumped by 44,000 last month, building n a 30,000 increase in September.

“More hammers means more homes, so October’s gain signals an increase in new-home construction, and in turn more housing supply, may be on the horizon, which would benefit home buyers and the housing market,” she said.

“Residential building is up 5.4% compared with its pre-COVID pace, while non-residential building remains 4.4% below its pre-pandemic level,” Kushi added. “The growth in the average hourly earnings of production and non-supervisory employees in construction remains elevated at 5.2%, and we know the best attraction and retention policy is to pay more.”

Thus far this year, monthly job growth has averaged 582,000, the BLS said. Nonfarm employment has increased by 18.2 million since a recent trough in April 2020, but it is down by 4.2 million, or 2.8 percent, from its pre-pandemic level in February 2020, the bureau said.