As Expected, The Fed Raises Rate By Another 0.75% – NMP Skip to main content

As Expected, The Fed Raises Rate By Another 0.75% 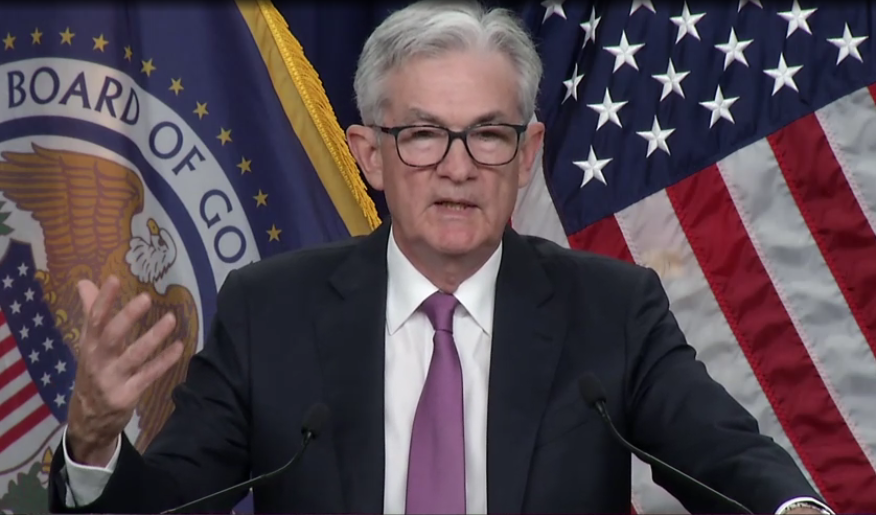 The residential mortgage industry is expected to shrug off today’s unprecedented decision by the Federal Reserve’s Federal Open Market Committee (FOMC), which raised the federal funds rate by 0.75% for the second consecutive month.

Even though the FOMC has never raised the rate by 75 basis points after consecutive meetings, the consensus of housing industry experts is that mortgage rates already have the increase built into them.

“We believe the residential mortgage market will take this increase in stride, as it is in line with what (Fed Chairman) Jerome Powell indicated at the conclusion of the Fed’s June meeting,” said Marty Green, a principal with Polunsky Beitel Green. “There are no surprises here.”

“Mortgage rates have dropped about half a percentage point in recent weeks, heading closer to 5.5% than the 6% rates we saw in June,” he said. “There is a tug-of-war in market expectations — between the persistently high inflation numbers and resulting rapid Fed hikes, and the increasing risk of a sharp slowdown and possible recession. As a result, mortgage rates may have already peaked, and could stay between 5% and 5.5% through the remainder of 2022.”

“If that were to be the case,” Fratantoni added, “potential buyers, who had been scared off by the rate spike, might find their way back to the housing market.”

The FOMC concluded its two-day meeting today, issuing a statement afterward to explain its decision to boost the federal funds rate, the overnight interest rate at which banks lend to each other, by 75 basis points, as it had in June.

“Recent indicators of spending and production have softened,” the statement said. “Nonetheless, job gains have been robust in recent months, and the unemployment rate has remained low. Inflation remains elevated, reflecting supply, and demand imbalances related to the pandemic, higher food and energy prices, and broader price pressures.”

The statement continued, “Russia's war against Ukraine is causing tremendous human and economic hardship. The war and related events are creating additional upward pressure on inflation and are weighing on global economic activity. The committee is highly attentive to inflation risks.”

Given all of that, and especially with inflation at a 9.1% annual rate in June, the FOMC said it chose to “raise the target range for the federal funds rate to 2.25% to 2.5%, and anticipates that ongoing increases in the target range will be appropriate.”

The back-to-back 0.75% increase in the target range, which followed a 0.5% boost in May, is unprecedented. The only other time in the last 30 years that the Fed has boosted rates at a similar pace was in 1994, when it raised the rate by 50 basis points (0.5%) in May and August, then by 75 basis points in November, and then increased it by 50 basis points in January-February of 1995.

The committee also said it will continue to reduce its holdings of Treasuries, agency debt, and agency mortgage-backed securities as described in its “Plans for Reducing the Size of the Federal Reserve's Balance Sheet” that was issued in May. The committee said it is “strongly committed to returning inflation to its 2% objective.”

Powell expanded on that statement during a news conference following the meeting, saying the FOMC is “acutely aware” of the impact of inflation, especially on lower-income households, and that “over the coming months, we will be looking for compelling evidence that inflation is coming down.”

He said there was strong support on the committee for the 75-basis-point increase, which was approved unanimously by the FOMC, and that the size of future increases would be determined by key economic data, including inflation, labor market conditions, and the alignment of supply and demand.

Powell also was asked repeatedly whether he believes the U.S. economy is in a recession, and said he does not believe that to be the case.

“I do not think the U.S is currently in a recession,” he said. “Too many areas of the economy are performing too well. … It’s true that growth is slowing, but growth was extraordinarily high last year. Payroll jobs are averaging 450,000 per month, that’s a remarkably strong level. The unemployment rate is at a 50-year low. … I don’t think the U.S. economy is in a recession right now.”

The Fed will get a better idea of the state of the economy on Thursday, when the U.S. Bureau of Economic Analysis releases its first estimate of Gross Domestic Product (GDP) for the second quarter of 2022. GDP decreased at an annual rate of 1.6% in the first quarter of 2022, according to the "third" estimate released by the BEA in late June.

One definition of a recession is two or more quarters of economic decline.

Regardless of what the Fed does the rest of the year, Fratantoni said it should have little additional impact on mortgage rates.

“Further rate increases are baked in through at least the remainder of this year,” he said. “The unanimous vote for this rate increase emphasizes the commitment to this path.”