The Fed Boosts Benchmark Rate By 0.75% 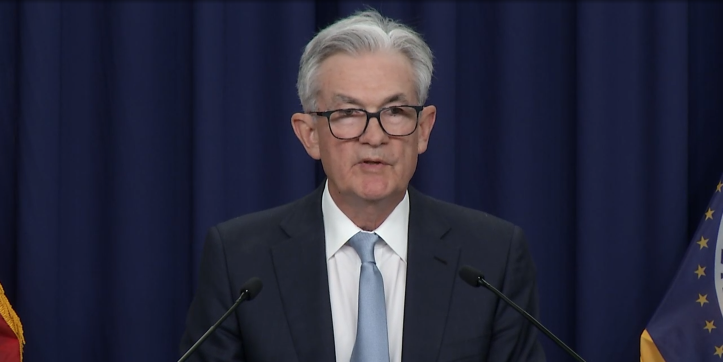 With inflation still rising and consumer sentiment falling to a record low, the Federal Reserve today boosted its benchmark interest rate by 0.75%, the largest increase in 28 years.

The decision was made at the conclusion of the Federal Open Market Committee’s (FOMC) two-day meeting. According to a statement posted by the FOMC following the meeting, 10 committee members voted in favor of the 75-basis-point increase; the lone vote against was cast by Esther L. George, president & CEO of the Federal Reserve Bank of Kansas City, who preferred a half-point increase.

Federal Reserve Chairman Jerome Powell held a news conference following the meeting and acknowledged that the 75-basis-point increase was "an unusually large one," adding that he does not "expect moves of this size to be common."

Still, he said that when the FOMC meets again in July, it will likely discuss another 50- or 75-basis-point increase in the federal funds rate.

Though expected by analysts, the 75-basis-point increase was something of a surprise given Powell's statements last month. During a news conference following the May FOMC meeting, he dismissed the notion that a 0.75% or 1%  increase in the Fed rate could be on the horizon.

“Point 75 is not something the committee is considering,” he said at the time, while adding that if higher rates were appropriate based on where inflation rates head, the committee would do that.

In its statement today, the FOMC said that overall economic activity appears to have “picked up after edging down in the first quarter.” It noted that job gains have been robust in recent months, while the unemployment rate has remained low. “Inflation seems elevated, reflecting supply and demand imbalances related to the pandemic, higher energy prices and broader price pressures,”

The statement continued, “The invasion of Ukraine by Russia is causing tremendous human and economic hardship. The invasion and related events are creating additional upward pressure on inflation and are weighing on global economic activity. In addition, COVID-related lockdowns in China are likely to exacerbate supply chain disruptions. The committee is highly attentive to inflation risks.”

Given all of that, and the FOMC’s desire to achieve “maximum employment and inflation at the rate of 2% over the longer run,” the committee decided to raise the target range for its benchmark federal funds rate to 1.5% to 1.75%, “and anticipates that ongoing increases in the target range will be appropriate.”

During the news conference, Powell said the committee is "strongly committed to returning inflation to our 2% objective," and that the committee set the target range for the federal funds rate between 3 and 3.5% by the end of 2022, and even higher in 2023.

"Next year, people see a bit more tightening with a range of 3.5% to 4%," Powell said. "That’s generally what people see as the appropriate path."

That target range is significantly higher than the target range the committee identified following its meeting in May, when it said the goal was to move the rate to "more normal, or neutral" rates of 2% to 3%.

In addition to the rate increase, the FOMC also said it will continue to follow the plan it outlined in May to reduce its nearly $9 trillion balance sheet, which holds Treasury securities, agency debt and agency mortgage-backed securities it acquired to help boost the economy during the pandemic.

The 75-basis-point increase follows a 50-basis-point increase approved in May. It also follows last Friday’s report on the Consumer Price Index, which showed that while the index rose 1% from April, it was up 8.6% year over year, the largest 12-month increase since December 1981.

That same day, the University of Michigan released its report on consumer sentiment, saying it had slumped a record low between May and June.

“A federal funds target rate likely to reach almost 4% by the end of 2023 should be effective in slowing the economy and ultimately bringing down inflation,” he said. “The ongoing reduction in the size of the Fed’s balance sheet, including its holdings of MBS, is another factor putting upward pressure on mortgage rates.”

As for the housing market, Fratantoni said it has slowed considerably over the past month “as rate increases have taken hold. We expect that this slower pace will remain through the summer, but buyers could return later this year if the Fed’s plans are better understood by the market and lead to less rate volatility.”