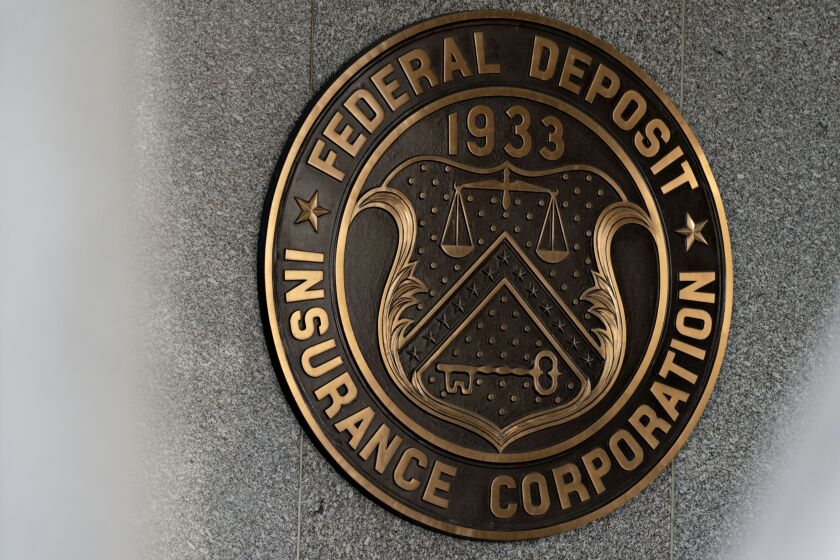 Jelena McWilliams, who was appointed as chairman of the Federal Deposit Insurance Corp. (FDIC) by former President Trump, submitted a letter to President Biden on Friday stating she intends to resign, effective Feb. 4, 2022.

McWilliams’ tenure as chairman began in June 2018 and she still has more than a year left in her term. Her  letter did not state a reason for her decision, but she has clashed in recent months with the FDIC’s Democratic-controlled board of directors.

Martin Gruenberg, a Democrat who has served on the FDIC board since 2005, is expected to be named acting chairman after McWilliams steps down. The board also includes Consumer Financial Protection Bureau (CFPB) Director Rohit Chopra and acting Comptroller of the Currency Michael Hsu.

The FDIC is an independent agency that insures deposits; supervises financial institutions for safety, soundness, and consumer protection, and manages bank receiverships.

In her letter, McWilliams stated “it has been a tremendous honor to serve this nation” and she praised the “dedicated career professionals of the FDIC.”

“Throughout my tenure,” she wrote, “the agency has focused on its fundamental mission to maintain and instill confidence in our banking system while at the same time promoting innovation, strengthening financial inclusion, improving transparency, and supporting community banks and minority depository institutions, including through the creation of the Mission Driven Bank Fund. Today, banks continue to maintain robust capital and liquidity levels to support lending and protect against potential losses.”

She continued, “The unexpected shock of COVID-19 tested the resilience of our financial system beginning in March 2020, and the FDIC took swift actions to maintain stability and provide flexibility for banks and consumers. The core of our financial system not only weathered the storm, but was a tangible source of strength for the American economy.”

Her resignation is seen as another step under the Biden Administration toward more strictly regulating banks and financial institutions. As the Wall Street Journal reported, her resignation comes after Democrats on the FDIC board voted to launch a stricter regulatory process related to bank mergers, which McWilliams did not support and blocked from being published by her agency.

In a Dec. 15 Wall Street Journal opinion column, McWilliams described the Democrats’ efforts as “a hostile takeover” and “an attempt to wrest control from an independent agency’s chairman with a change in the administration.”

The Journal noted that Chopra disputed that assertion, stating that McWilliams was seeking to unlawfully block a supermajority of the board and that Democrats would take additional, unnamed steps “absent a return to legal reality.” Chopra has already instituted more strict regulatory oversight at the CPFB.

In addition to nominating a permanent replacement for McWilliams, the Biden administration also is expected to announce nominees for three vacancies at the Federal Reserve. Biden also will seek to fill the post of Comptroller of the Currency, after his initial nominee — Saule Omarova, a law professor at Cornell University — withdrew amid opposition from Republicans and some moderate Democrats.