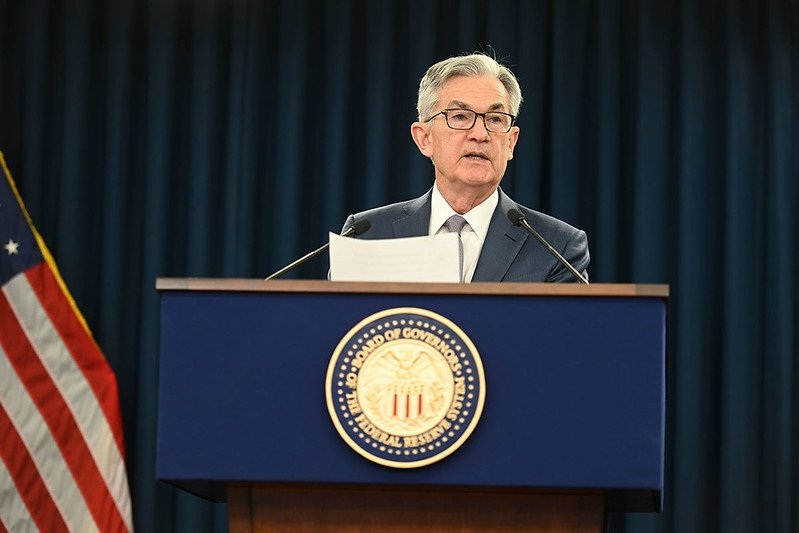 With inflation running at a 40-year high of 9.1%, there are predictions that Federal Reserve Chairman Jerome Powell will prescribe the same bitter medicine a long-ago predecessor, Paul Volcker, did by taking the country into a recession.

In August 1979, inflation was above 11%, unemployment was just under 6%, and Americans were lined up around the block waiting to fill their cars at gas stations due to fuel shortages. So, Volcker — just eight days after taking the helm of the Federal Reserve — led his colleagues on the Federal Open Market Committee (FOMC) to increase the federal funds rate (the interest rate banks charge one another for overnight loans) by 25 basis points to 11.2%. Two days later, the FOMC upped the discount rate, the Fed’s primary lending rate to commercial banks, by 50 basis points to 10.5%.

Then, like now, the Fed’s credibility was questioned because inflation had been on the rise for more than a decade, since the mid-1960s, with little response from the FOMC. By January 1981, Volcker’s tough pound of cure, which included raising the federal funds rate to nearly 20%, showed progress: Inflation was down to 10.32%.

It came with heavy side effects: Unemployment jumped to 10%, and the country went into a recession that didn’t end until October 1982, when long-run interest rates started dropping and the unemployment rate, which peaked at 11%, started falling, dropping to 8% by the end of 1983. Inflation declined to 5%.

“Volcker was saying, back in the ‘80s, that his job was to beat down inflation expectations, and we learned the hard way that to dis-inflate an economy that’s used to high inflation is incredibly painful,” said Connel Fullenkamp, a Duke University economics professor.

Given the Bank of Canada’s recent decision to increase its primary interest rate 1%, there was speculation Powell and his FOMC colleagues would follow by increasing the federal funds rate 100 basis points, or 1%, at this week’s meeting, scheduled for Tuesday and Wednesday.

The Bank of Canada’s increase “certainly ramped up expectations the Fed was going to do the same thing, especially after that CPI number came out at 9.1%, which threw everybody off,” Lee said.

Some of that speculation is well founded. Last month, while testifying before the U.S. Senate Banking Committee, Powell refused to rule out a 100-basis-point increase in the federal funds rate.

Given that gas prices are modestly lower since the BLS report was released, and the latest University of Michigan survey showed an easing in consumer expectations that inflation will continue to rise, Lee expects the FOMC to raise the federal funds rate by 75 basis points, as it did last month.

Fullenkamp says this interest rate, now running between 1.5% and 1.75%, is critical because it’s the bellwether. When it moves in either direction, other interest rates — from credit cards to home equity loans — tend to follow.

“This is the rate the Fed uses to grab hold of the yield curve and move it,” he said.

While the economists surveyed by National Mortgage Professional don’t expect the FOMC to raise the federal funds rate by 100 basis points this week, they say an increase of such magnitude would be tantamount to a red alert.

“It would signal they‘re still guessing,” Fullenkamp said. “It also says they’ve got new information, and they’re further behind in fighting inflation than they thought, and that’s worrisome.”

BMO Capital Markets’ Lee shared a similar opinion. “If financial markets think they (the FOMC) have lost control, that will make matters even worse,” she said.

Realtor.com’s Senior Economist George Ratiu assessed a 100-basis-point jump in the federal funds this way: “It’s likely to spook financial markets, and here’s where the real rub is: Right now, we’re in a situation where companies are watching consumers to see if they’ll pull back their spending, and consumers are watching companies to see if they’ll have a job six months from now.

“If the Fed doesn’t act fast enough to stem inflation,” he continued, “that standoff will end with somebody making the first move, and it’s likely going to be consumers by necessity and companies by choice because they think they’ll have to get ahead of people pulling back (their spending) and start laying off.”

Eight months ago, in late November, Powell, who previously called inflation “transitory,” told Congress the word should be retired. But because he and Treasury Secretary Janet Yellen spent the better part of 2021 describing the country’s inflation that way, it prompted questions about whether the Fed was serious about fighting inflation.

“It certainly was not a good thing for the reputational risk, but given that the most powerful man in finance, the Fed chair, came out and admitted they were wrong, I think it speaks volumes he’s humble enough to admit when he’s wrong,” Lee said. “Not a lot of central bankers would do that.”

She continued, “The Fed has been raising interest rates, so Powell’s nipping that credibility issue in the bud.”

The first time the FOMC increased the federal funds rate, during this inflationary period, was in March. By increasing the rate this year, the Federal Reserve also set the prime rate, the interest rate banks charge their best customers. Today’s prime rate is about 4.75%, or three percentage points above the highest federal funds rate. The Federal Reserve also increased the discount rate to 1.75% this year.

To maintain its newfound path, Fullenkamp suggests the FOMC raise the federal funds rate another 75 basis points at this week’s meeting.

“The Fed needs to signal that, a) it’s still taking the inflation situation really seriously, and b) they’ve got it under control,” he said.

Ratiu expects a 75-basis-point increase in the federal funds rate, “at a minimum.”

“Left unchecked, this inflation is going to push consumers into a wall,” he said, “They’ll reach a point where they won’t be able to afford a lot of things and that’s going to impact GDP.”

Recent declines in consumer spending and the GDP show that federal funds rate increases are altering people’s spending, Lee says. “We’ve slashed our growth forecast down to 0.5% for next year, and we’ve penciled in a GDP decline for the first quarter of next year,” she said.

“I’m assuming they’re (the FOMC) taking each decision one step at a time and looking around to see what impact their rate hikes are having,” she said. “If they’re seeing a meaningful decline in spending, then they won’t be as aggressive and won’t have to pull off more or many more 75-basis-point rate hikes.”

One sign the higher federal funds rate is having an impact is the real estate market. It’s coming under pricing pressure.

“Homes are sitting a little bit longer on the market and, for a lot of homeowners, it’s a bit daunting that they’re having to cut prices,” Ratiu said. “In May, 11% of all houses listed on Realtor.com lowered their prices. In June, it reached 15%.

“The fact that the number of homes available for sale is increasing and that price cuts are increasing tells me the market is behaving rationally and moving back toward more balance in the wake of two years of feverish activity,” he added.

The Possibility of a Recession

While Powell doesn’t want to take the country into a recession, the bigger mistake would be failing to restore price stability, he said. In other words, if necessary, it’s on.

One of the clearest signs that there’s an increasing chance of a recession is the yield on the 2-year Treasury note, which is higher than the 10-year Treasury note, creating an inverted yield curve, warning that investors expect higher short-term interest rates, which usually pushes down economic activity.

“Nothing is 100% guaranteed but it (the inverted yield curve) is one of those indicators that, if prolonged, it’s a pretty clear sign of what’s going to happen,” said BMO Capital Markets’ Lee, who added that she expects a “growth recession,” defined as an economy that’s growing slowly but also experiencing a rise in unemployment.

There are also the FOMC’s actions.

“A recession late this year or early next year is likely, given the amount that the Fed has to raise interest rates, coupled with the lead time it usually takes monetary policy changes to have their full effect on the economy (about a year),” said Fullenkamp, the Duke University economics professor. “It’s always difficult for the Fed to know how hard to apply the brakes and, in this current case, it’s even much less certain given all the confounding factors such as the leftover (COVID-19) stimulus money, consumer confidence, and expected inflation.

“The Fed will have to brake very hard to cool off demand, and this is most likely going to push the country into a recession,” he said.

Fullenkamp added that, if “the Fed is really serious about getting inflation under control, the federal funds rate should go above 4%.”

The Fed says it plans to take the federal funds rate to 3.4%.