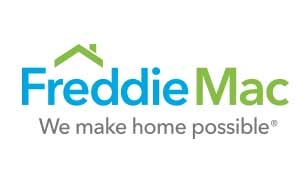 Net income of $2.9B was up 19% from a year earlier, driven by higher net interest income and decline in delinquencies.

Freddie Mac reported net income of $2.9 billion for the quarter, up 19% from the same quarter last year. Net revenue in the quarter increased to $5.2 billion, up 4% from last year. The organization said the gain was driven by higher net interest income but was partially offset by a decline in net investment gains.

It reported that net interest income increased to $4.4 billion, up 28% from the same quarter last year. The increase was primarily due to continued growth in its mortgage portfolio and higher average guarantee fee rates in its single-family portfolio.

The decline in net investment gains, meanwhile, was due to lower gains from mortgage loan purchases and securitization activities in its multi-family portfolio, the organization said. Chris Lown, Freddie Mac’s executive vice president and CEO, said during a webcast on the report that the decline in net investment gains was a result of lower favorable impacts from changes in market spreads.

CEO Michael DeVito, who was appointed to the position in May, said during the webcast that Freddie Mac had completed its “best quarter for home loan purchases since at least 2010.”

DeVito said Freddie Mac had funded mortgages on approximately 1 million single-family homes during the third quarter, and that more than 61% of those were refinanced loans. It also financed more than 161,000 rental units, he said.

Other highlights from today's report include:

Since September 2008, Freddie Mac has been operating under conservatorship with the Federal housing Finance Agency as conservator. The support provided by Treasury pursuant to the Purchase Agreement enables the company to maintain access to the debt markets and have adequate liquidity to conduct its normal business operations, Freddie Mac said. The amount of funding available to Freddie Mac under the Purchase Agreement was $140.2 billion as of Sept. 30, 2021.