Homebuyers Are Finding Relief As The Market Begins To Ease Up 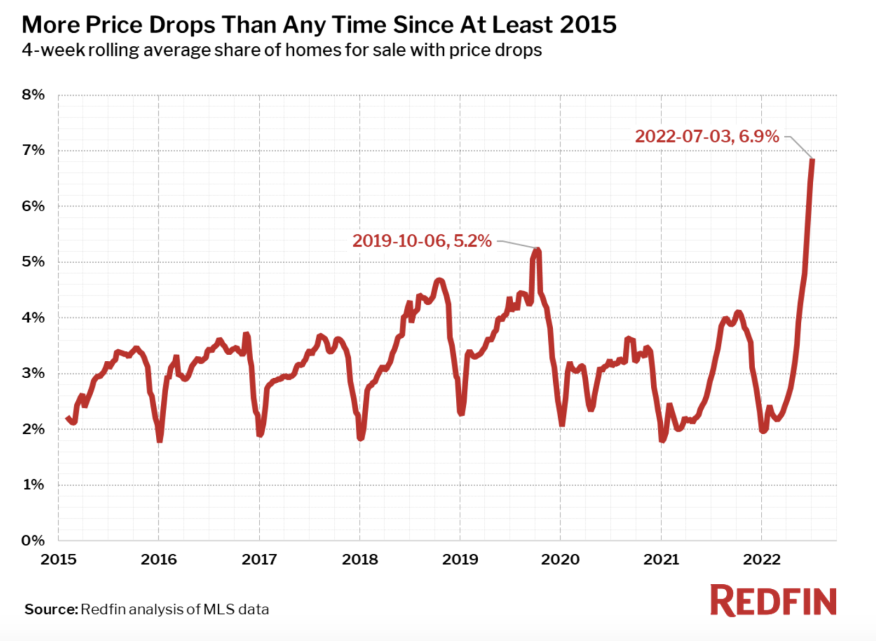 Redfin reported that competition is easing in the housing market as mortgage rates and prices hit a tipping point.

After months of tipping heavily in sellers’ favor, the scales of the housing market are finally balancing out, according to a new report from Redfin.

As sellers are beginning to slash prices and more buyers are dropping out of the market, there is less competition for remaining buyers. These buyers are also seeing the housing shortage ease, price growth slow and mortgage rates finally begin to drop from their 2022 high.

The share of sellers decreasing their asking prices hit a record high during the four weeks ending July 3, and the portion of homes going for above list price fell for the first time since June 2020, due to sellers responding to lessened homebuyer demand.

“Conditions for homebuyers are improving. Housing remains expensive, but mortgage rates just posted their biggest weekly drop since 2008, which makes buying a home a bit more affordable,” Redfin Chief Economist Daryl Fairweather said. “One way buyers can take advantage of the shift in the market is seeking concessions from sellers. That could include asking the seller to buy down your mortgage rate, pay for repairs or cover some of your closing costs.”

While numbers are still high year-over-year, they’re beginning to decrease more rapidly than before.  On average, 7% of homes for sale each week had a price drop, a record high as far back as the data goes, through the beginning of 2015.

Buying-related activity also subsided, parallel with the market. Fewer people searched for “homes for sale” on Google and touring activity as of July 3 was down 14% from the start of the year.