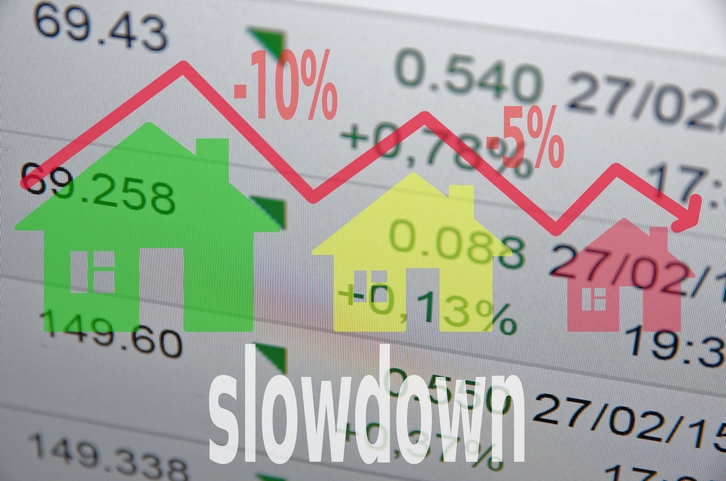 The housing-market slowdown is starting to slow down, according to a new report from Redfin.

The technology-powered real estate brokerage said fewer homeowners are listing their homes due to ebbing homebuyer demand, and that’s hampering the recent growth in housing supply that has been forcing sellers to slash their prices.

The number of homes for sale during the four weeks ending Aug. 14 fell slightly from the prior four-week period, the first decline since the start of the year, as new listings plunged 14% from a year earlier — the largest annual drop since June 2020.

With fewer homes hitting the market, the sellers who remain are facing less competition, so the share of home listings with price reductions — a key gauge of a cooling market — is no longer surging and has leveled off at its record high.

The share of listings with price cuts may also be plateauing because sellers are adjusting to the cooler market and pricing more in-line with buyer expectations. Following months of declines, the share of homes selling within a week has leveled off at around 25%, another sign that the market slowdown is easing.

“Many homeowners have been reluctant to put their houses up for sale during a market slowdown, which is now holding back inventory growth,” said Redfin Deputy Chief Economist Taylor Marr. “That means buyers have fewer homes to choose from and may lose some of their newfound bargaining power, which allows sellers to maintain their list prices instead of having to cut them.”