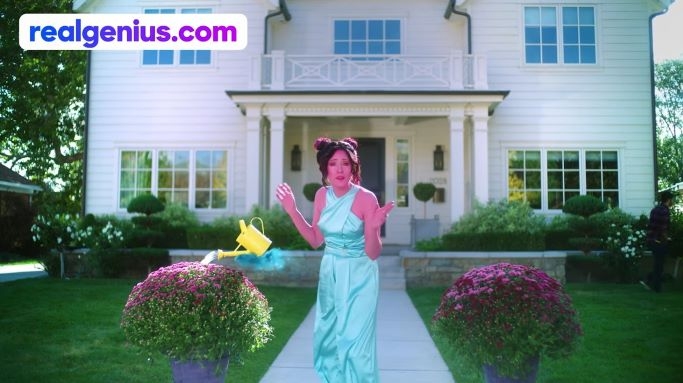 Harmon Brothers, the social media ad agency known for its viral ads, has created an campaign for ConsumerDirect Mortgages as it rebrands to Real Genius.

If you’re going to change the name of your business, you need to find a way to make it instantly memorable.

ConsumerDirect, a division of Nashville-based FirstBank, has announced it is rebranding to Real Genius. The company said the change will better align its brand with its industry-leading technology, which it says makes the mortgage process easier and more economical for consumers.

As for the Harmon Brothers, that is the Provo-based social media ad agency that produced what has been labeled the greatest viral ad in internet history. That ad, for the Squatty Potty, included rainbow ice cream-pooping unicorns and blew up the internet in 2015.

Ignoring for the moment that “Real Genius” was also the name of a 1985 science fiction/comedy film starring Val Kilmer, the Harmon Brothers have produced what they hope will be their next viral Internet smash, an ad promoting ConsumerDirect’s name change and their “modern mortgage application platform.”

According to a news release, Real Genius is “dedicated to helping eliminate obstacles for homebuyers. The new branding rollout is anchored by the launch of a modern mortgage application platform that provides rate and cost transparency, while maintaining a personalized approach and providing customers with access to veteran mortgage professionals.”

The Internet ad campaign is called "Mortgage Genie," and is the highlight of the rebranding initiative, the companies said. The video features a genie trading her bottle for a more modern abode to share with her "mortal" husband and "half-mortal" son. Filled with hilarious antics, the ad nonetheless highlights how the "magic" of Real Genius' technology and new approach to mortgage lending makes home buying simple and fun.

You can watch the 3-minute and 14-second video here.

The ad's humorous tone mirrors other work produced by the Harmon Brothers, who also have created viral hits for Purple mattresses, among others.

“As a record number of Americans adapted to the new trend of remote work arrangements during the pandemic — and were able to relocate — many quickly found that the mortgage lending process was anything but new or updated," said Daniel Harmon, chief creative officer at Harmon Brothers. "That's why we were excited to partner with Real Genius, a team of experienced professionals who don't just offer amazing rates, they offer an incredible experience that you won't find anywhere else. Our own team members who have recently moved or refinanced found that they actually enjoyed what's typically seen as a stressful, time-consuming, and arduous process. And that's the kind of 'different' we love to illustrate in our advertising."

“Since 2016, we’ve helped more than 51,000 families with their mortgage needs, lending more than $15 billion," Thornton said. "With this rebrand, we wanted a name that spoke to our ability to provide immense value to customers by leveraging technology to reduce turn time and pass along savings, and Real Genius was a great fit. We’re the mortgage experts, but our customers are the geniuses.”

Thornton founded Real Genius in 2012 as ConsumerDirect Mortgage, and the company was acquired by FirstBank in 2013. Over the past 10 years, he said, the direct-to-consumer mortgage company has developed cutting-edge technology to simplify the loan process to close loans more quickly and efficiently than traditional lenders and offer some of the most competitive rates in the country.

Chris Holmes, President and CEO of FirstBank, said the rebranding is an opportunity for innovation. "With a team of highly experienced mortgage professionals, leading customer tools, and a dedication to transparency and savings for our customers, Real Genius provides a best-in-class online lending solution for a new generation of borrowers that still has a personal feel,” he said.

Real Genius serves customers nationwide with mortgage offices throughout the Southeast. Customers with an existing loan or who are in the application process will not experience any changes or downtime throughout the rebranding process, the company said.

FirstBank, a wholly owned subsidiary of FB Financial Corp., is the third largest Tennessee-headquartered bank, with 82 full-service branches across Tennessee, south-central Kentucky, Alabama, and north Georgia, and a national mortgage business with offices across the Southeast.