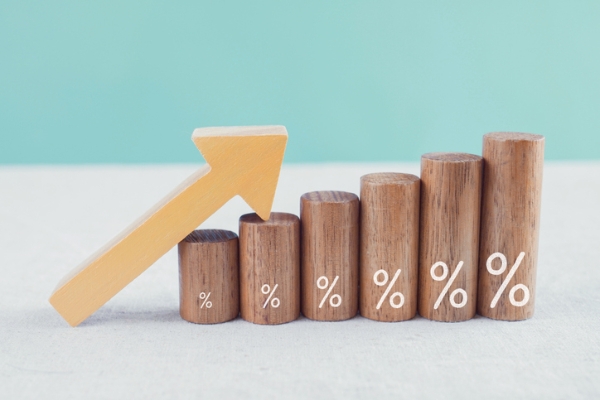 The National Association of Realtors believe that there will be multiple rate hikes coming in 2022, to slow inflation and home price growth.

During the NAR's Real Estate Forecast Summit, the association shared a few of its predictions for 2022, which include multiple rate hikes as a way to combat inflation and slow home price growth in the coming year. Despite the predicted rate hikes, the NAR still believes that there will be a 5.7% increase in housing prices and a 4% rise in inflation, which compared to 2021 numbers, are lower.

This comes just as a recent CNN Business report revealed that the Federal Reserve is planning to ramp up its tapering efforts at a faster pace.

“The Committee judges that similar reductions in the pace of net asset purchases will likely be appropriate each month, but it is prepared to adjust the pace of purchases if warranted by changes in the economic outlook,” said the Fed in its FOMC statement following its Dec. 15 meeting.

“Overall, survey participants believe we’ll see the housing market and broader economy normalize next year,” Yun said. “Though forecasted to rise 4%, inflation will decelerate after hefty gains in 2021, while home price increases are also expected to ease with an annual appreciation of less than 6%. Slowing price growth will partly be the consequence of interest rate hikes by the Federal Reserve.”

Yun forecasts U.S. GDP to grow at the typical historical pace of 2.5%, barring any major, widespread transmission of the omicron COVID-19 variant, according to the NAR. He also expects the 30-year fixed mortgage rate to increase to 3.5% as the Fed raises interest rates to control inflation but noted this is lower than the pre-pandemic rate of 4%.

The housing market performed better than it has in 15 years in 2021, with an estimated 6 million existing-home sales, according to the NAR's report. As mortgage rates tick up slightly, Yun predicts existing-home sales will decline to 5.9 million in 2022. He also forecasts a modest increase in housing starts to 1.67 million as the pandemic’s supply chain backlogs subside.

“The housing sector performed spectacularly in 2021 in many markets, with huge gains achieved in places like Austin, Boise, and Naples,” Yun said. “Several markets did reasonably well in 2021, but not as strong as the underlying fundamentals suggested. Therefore, in 2022, these ‘hidden gem’ markets have more room for growth.”