Lenders One Co-op Sets Up Lending Marketplace In Walmart Stores 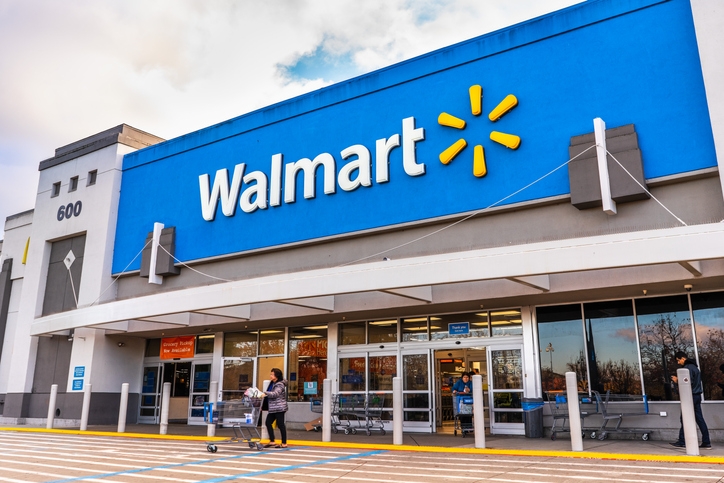 Walmart customers can buy a mortgage as the mega retail corporation partners with Lenders One Cooperative, a national alliance of more than 250+ independent mortgage bankers, banks, and credit unions.

You can find pretty much anything you need at Walmart, whether it's furniture, clothing, or kids' toys. Now Walmart customers can buy a mortgage, as the mega retail corporation partners with Lenders One Cooperative, a national alliance of more than 250 independent mortgage bankers, banks, and credit unions.

Lenders One will lease space at select Walmart stores in an attempt to bring more mortgage solutions to shoppers. Purchase, refinance, and home-equity loan products will be available at its store-in-store branch locations in Florida and New Jersey. The lending cooperative hopes to have these stores open and operating as soon as May 1, and plans to lease more space in 20 more Walmart stores by the end of 2022.

Some experts cited by Business Insider have cast doubts over whether the typical Walmart shopper could afford to purchase a home in today’s pricey housing market, which seems to be getting only worse as mortgage rates reach 4% and likely will move even higher throughout the year.

Yet, Lenders One President Justin Demola remains optimistic this new business model will be profitable.

“Lenders One Cooperative represents 16% to 18% of the originator market,” Demola said. “In 2020, we collectively originated around $780 billion in mortgages, and we’re expecting that figure to be even higher when the 2021 report comes out in June. Our membership pipeline has always been strong, and we’ve been getting plenty more calls from loan officers, appraisers, and title companies in the past year since our partnership with Walmart.”

This concept is not entirely new to the mortgage industry; CrossCountry Mortgage has been selling loans through Costco since acquiring First Choice Loan Services in 2020. The Costco mortgage program makes conventional, jumbo, FHA, and VA loans available to all customers with special discounts reserved for Costco members. Lender origination fees are capped at $350 for executive members and $650 for other members.

There are some major differences between the Costco and Walmart mortgage programs. One being that Costco mortgage is run by one lender, CrossCountry Mortgage, after it acquired First Choice Loan Services. Although a variety of lenders — including Box Home Loans, ConsumerDirect Mortgage, Intercontinental Capital Group, and Lending.com — offer their products in Costco stores, CrossCountry Mortgage maintains oversight over Affinity Partnerships, which designs and manages Costco’s lending platform.

Alternatively, Lenders One is a cooperative comprised of over 250 independent mortgage bankers, banks, and credit unions. “It is like our children — all members are equal,” Demola said. “Everyone is transparent with each other and it's not a competitive opportunity. Each member chooses to offer their own discounts — we help members remain competitive by giving them lower costs that will be passed down to Walmart consumers.”

Walmart won’t offer you a discount on your mortgage for buying their frozen pizzas, but lenders that work with Lenders One may offer their own competitive discounts. The cooperative will sublease the space (on a first-come, first-served basis) to its members interested in offering their mortgage products to Walmart customers, as long as the lender is fully prepared — in terms of identifying location, signing all the leases, having the appropriate state licensing, as well as staffing the store with their loan officers.

An assortment of lenders fund these loans, including some of the best mortgage lenders in the industry, Demola said. Although he said the Lenders One does not disclose who its members are, borrowers will be able to see who is funding their loans and will be exposed to a variety of lenders when shopping around for their mortgage.

The recent mortgage rate hikes and extraordinary price growth that U.S. homes underwent in the past two years has pushed 6.3 million households out of the buyers market, including 2 million millennial buyers, according to the National Association of Realtors. Assuming a borrower should spend 30% of their income on a home purchase, there's a good chance they are priced out of today's market, where the average home price is nearly $400,000.

“Even if we only have a 2% to 5% penetration rate with Walmart customers, we will be very profitable,” Demola added.

Lenders One plans to cater to the Walmart customers by pursuing a more hands-on approach, instead of a digitally focused model like the one Costco uses. “We personally believe it’s a better strategy and more helpful to the customers. Having someone there to help you in person puts all the attention on you,” Demola said.

Leasing a retail store in another store to a range of mortgage lenders is also a great way to diversify risk, according to Demola. Should one lender face financial difficulties, others can keep doing business. By offering a variety of loan products from different lenders, the cooperative provides more financial stability.

“Once the mortgage program gets started in these stores, we’ll find what model works best and share it with the other locations,” Demola said. “We want a consistent experience through all locations and getting the best deal they could get.”