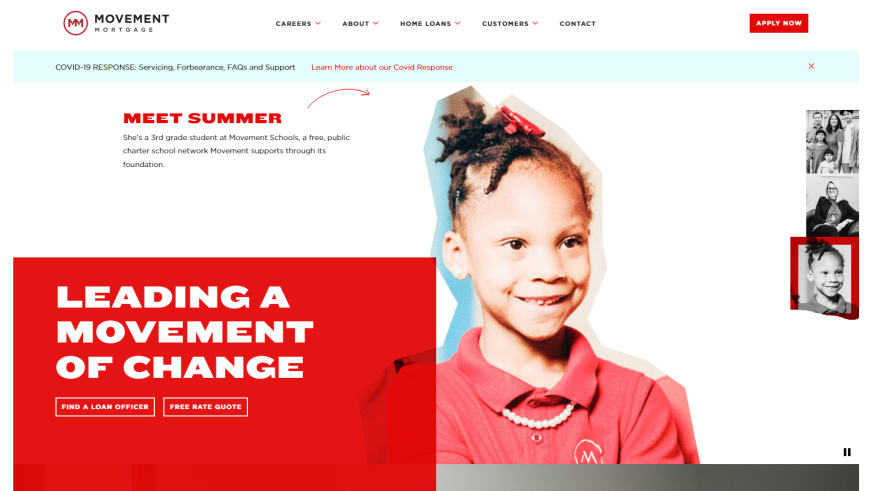 “The transaction is expected to add $2 billion in additional annual mortgage loan volume to Movement’s origination platform.” the company said in a blog post on its website. “The acquisition will also increase Movement’s national retail mortgage footprint by 250 additional mortgage professionals and 31 branch offices.”

“We want to grow, and we look for teams and individuals in alignment with Movement’s mission to love and value people.” Movement CEO Casey Crawford said in the blog post. “We found that and more in the Mortgage Network team. I’m honored to welcome these talented and purpose-driven individuals to Movement. Together, we’ll make a meaningful difference in our industry and communities.”

Founded in 1988 by Robert McInnes and Albert Pare, Mortgage Network became one of the largest, privately held independent mortgage companies in the eastern U.S., with branch offices and licenses in 27 states.

“After 34 years of building the Mortgage Network family, it was time to find a new home for my team that values their employees and customers as much as we always have,” said Mortgage Network CEO Robert McInnes. “I strongly believe Movement is that company.”

Movement said it expects to retain Mortgage Network’s staff “across the acquired branch network,” and to integrate the business with its existing retail network of more than 550 branches and 1,500 loan officers nationwide.

Movement President Mike Brennan said the acquisition is more than just about growing Movement’s market share. “We’re bringing on phenomenal loan officers and leaders from one of the strongest independent retail mortgage lenders,” he said. “They have built trust within the community and are committed to putting borrowers first. We’re thrilled to welcome them to the Movement team.”

Founded in 2008 during the financial meltdown, Movement Mortgage now funds about $30 billion in residential mortgages annually. It employs more than 4,000 people, has more than 650 branches in the U.S., and is licensed in all 50 U.S. states.

Company profits, after funding its balance sheet and investing in future growth, are paid to its primary shareholder, the nonprofit Movement Foundation, which uses the money to invest in schools, affordable housing, communities, and global outreach, Movement said. To date, the foundation has received more than $360 million from Movement Mortgage.

Operations
Nov 21, 2022
The State Of The Mortgage Operational Employee