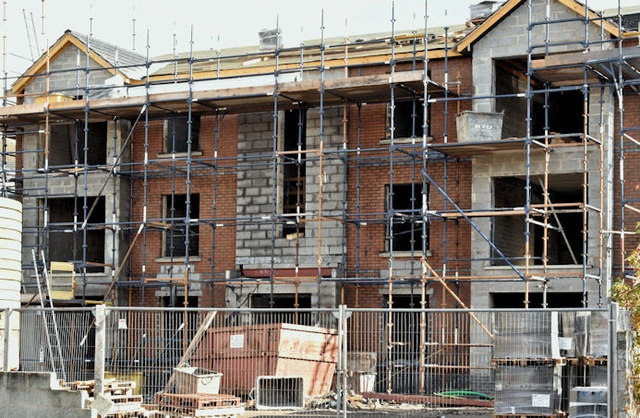 In contrast, multifamily construction growth in large population centers has rebounded during the same period.

The rate of single-family construction growth slowed in a variety of areas, but especially large suburban markets, in the first quarter of 2022 from a year earlier, according to a report today from the National Association of Home Builders.

The HBGI is a quarterly measurement of building conditions across the country and uses county-level information about single- and multifamily permits to gauge housing construction growth in various urban and rural geographies.

“As the year has progressed, we have seen signs of an increasing slowdown in the single-family market,” said NAHB Chairman Jerry Konter, a home builder and developer from Savannah, Ga. “Ongoing building material production bottlenecks have delayed or stalled home building projects, construction labor shortages are running near an all-time high of 400,000 workers, and more recently the rapid runup in mortgage rates, have all combined to exacerbate the housing affordability crisis.”

NAHB Chief Economist Robert Dietz agreed. “Single-family growth rates have slowed in nearly all regional submarkets over the past year due primarily to rising construction costs that have seen building material costs rise 19% year-over-year. The more pronounced drop in growth for the large suburban markets is due to the easing of the rapid shift of homebuyer preferences for the suburbs in the aftermath of the COVID-19 pandemic.”

On the multifamily front, Dietz noted that growth in apartment construction is far outpacing single-family construction in all regional geographies. “Low rental occupancy rates and rising rents give multifamily developers confidence to continue building despite rising costs for land, labor, and materials,” he said.