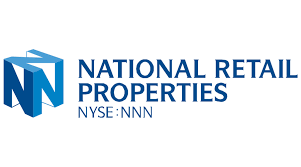 The trust also reported earnings of $120.6 million for the first six months of the year, up nearly 18% from he same period last year.

The trust invested $102.9 million in property investments during the quarter, including acquiring 29 properties with an aggregate of 173,000 square feet of gross leasable area, at an initial cash yield of 6.7%.

For the first six months of 2021, National Retail invested $208.6 million in property, including acquiring 58 properties with an aggregate of 528,000 square feet of gross leasable area at an initial cash yield of 6.5%. It also sold 26 properties for $40.4 million, producing $8.5 million of gains on sales.

More from
Operations
Why Do Loan Officers Play Musical Chairs?

Dollar for dollar, getting a handle on these is critical.

Get everyone on the same team if you really want to score.