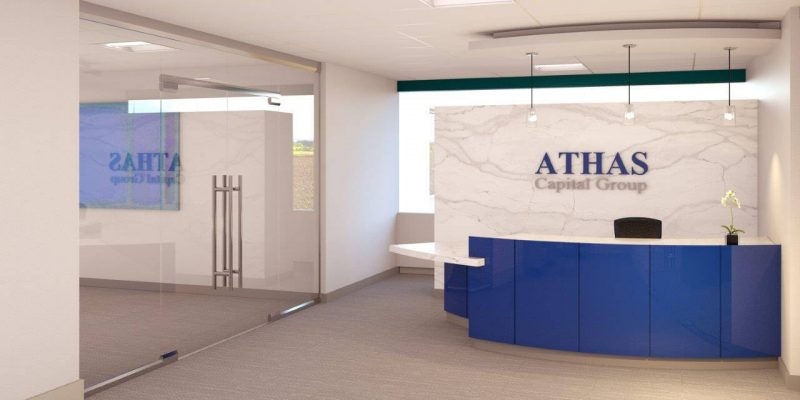 Co-CEO says company officials decided to 'bow out' like gentlemen.

Deciding to "bow out like gentlemen," Athas Capital Group Inc., a direct-lending platform for the Non-QM market, announced last week that it plans to close. The closing will affect more than 200 employees.

In a news release posted to LinkedIn on Nov. 2, the Calabasas Hills, Calif.-based company said it will “be winding down its operations, effective immediately.”

The release continued, “The company will honor any loans in its pipeline that it is legally obligated to fund,” and added that it will “also comply with all federal and state WARN Act requirements.”

The California Worker Adjustment and Retraining Notification (WARN) Act requires employers to provide a 60-day notice to affected employees and both state and local representatives before a plant closing or mass layoff.

The company filed three WARN Act notices dated Nov. 4 with the Employment Development Division (EDD) in California. The notices cover three company locations and, combined, affect 210 employees — 159 at its headquarters in Calabasas Hills, 29 at a facility in Irvine, and 22 at a facility in Los Angeles.

The notices state that the employees at each site "will be terminated effective Jan. 3, 2023." They also state that affected employees have "all been individually provided notice on or before Nov. 4," and that they all "will remain employed and will continue to receive their full pay and benefits as normal through Jan. 3, 2023."

Each notice lists the job titles affected by the mass layoff; the notice for its headquarters in Calabasas Hills includes the co-CEOs, the chief operating officer, the chief financial officer, and the chief legal officer among those being laid off.

Athas did not say whether the employees would receive a severance package.

The company also did not state how many loans remain in its funding pipeline, nor the combined value of the loans remaining to be funded.

Company officials did not immediately respond to a request for comment.

In the news release, Co-Chief Executive Officer Alim Kassam said that, “While we have done a good job navigating the turbulent mortgage market so far this year, the writing is on the wall in regards to the significant challenges that our sector will continue to face for the foreseeable future. Our outlook for the secondary market for non-prime mortgages is that volatility will continue, liquidity will become increasingly scarce or, worse yet, unavailable for a period of time, and that loan-sale premiums will be below most companies’ cost to produce.”

Kassam’s co-CEO, Brian O’Shaughnessy, stated in the release that the company is choosing “to exit the marketplace now, before things deteriorate further. This way, we can wind down our business in an orderly fashion, make sure all of our warehouse lenders get paid in full, and do right by our employees, who are like family to us.”

Athas Capital Group was founded in 2008 by Kassam, Brian O’Shaughnessy, and Kevin O’Shaughnessy, who serves as chief operating officer. It grew to become one of the 10-largest originators in the non-prime mortgage industry in the United States.

Since its founding, Athas has funded more than 14,000 loans with a combined $5.5 billion in volume.

In a post on LinkedIn, Brian O’Shaughnessy said he wanted to “cut through the rumors that are being spread” about the company’s shutdown.

He stated that Athas “has been profitable year-to-date, but the secondary market has become so dislocated that we could not see a path forward towards being able to operate even close to break even, but rather would be operating at substantial losses if we were to continue originating loans for the foreseeable future.”

“So,” he continued, “ownership at Athas decided to ‘bow out’ like gentlemen and not go out like some of our other competitors. We are choosing to close our business; we are not going out of business. We will be paying all our employees, complying with the WARN Act, will pay all our creditors, and exit the industry with our heads held high and our names intact.”

O’Shaughnessy added that the company “will be focused on managing our fund and maybe just maybe I can take a vacation that I haven’t had in the last seven years. I do want to say I love this industry no matter how manic it is, and I love even more all my Athas team members for they are family to me! We are currently trying to place them at other non-prime lenders.”

In the news release, Kevin O’Shaughnessy stated that the company “would like to thank all of our brokers, borrowers, vendors, loan servicers, trading partners, investors, lenders, and all the people who ever worked for Athas.”