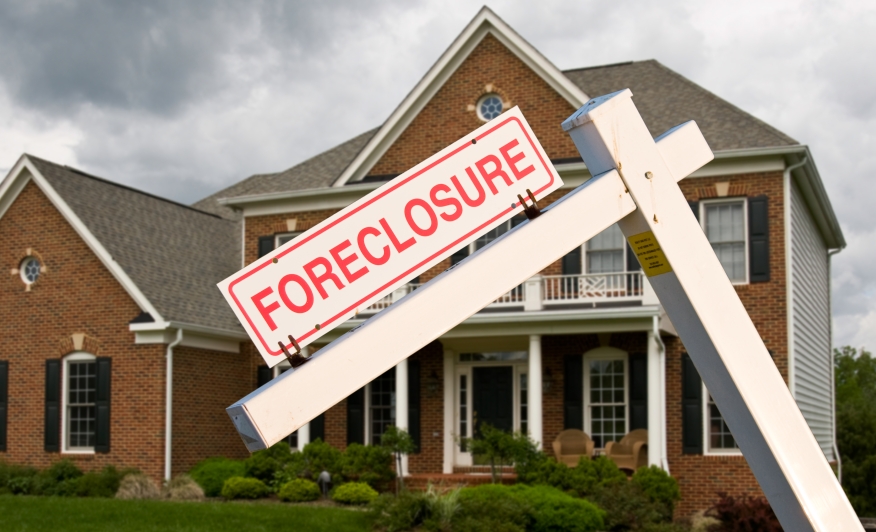 When the New York State Senate easily passed a controversial bill aimed at reforming foreclosure laws in May, it was expected that Gov. Kathy Hochul would quickly sign it into law.

More than a month has passed and the bill still has not been signed. As of now there appears to be no hard timeline, as Hochul said during Tuesday’s Democratic gubernatorial debate that her office had more than 800 bills to review before she would sign them.

Hochul faces a Democratic primary challenge June 28 from Congressman Tom Suozzi and New York City public advocate Jumaane Williams. Hochul’s office did not respond to a request for a comment about when the bill would be signed other than to say she was “reviewing the bill.”

Some who are tracking the progress of the bill believe it could be after the November general election before the state assembly delivers it to the governor’s office and starts the 10-day clock for a signature or a veto.

Opponents of the bill, known as the foreclosure abuse prevention act, are not expecting a veto, but they are hopeful that significant amendments will be made by the time it’s signed to ease some of their concerns about the impact of the legislation on the lending industry, as well as consumers.

Those changes are likely to come as a result of suggestions made by private and quasi-public lending agencies, according to Brian McGrath, a partner at the New York City law firm Hinshaw and Cullbertson and an opponent of the bill.

“Interested parties, including FHA, Fannie Mae and Freddie Mac have discussed potential amendments to the bill before its signing," Shaw said. “Things could change as they begin to understand the impacts of the bill as currently written.”

Lawmakers who supported the legislation said that the aim was to eliminate abusive and unlawful litigation tactics that had been adopted and pursued by lenders in mortgage foreclosure actions, and to manipulate the law and the courts.

The issue arose out of a 2021 New York appeals court decision in the Freedom Mortgage Corp. vs Engel case, which some legislators said had given mortgage lenders and their servicers the ability to “unilaterally manipulate, arrest, stop and restart the limitations period at will,” to the detriment of New York homeowners dealing with foreclosure actions.

As a result, lawmakers said, courts throughout the state were bombarded with a flurry of motions made by lenders to reopen foreclosure cases that had been dismissed years ago due to the statute of limitations.

The court’s decision in the Engel case allowed for lenders to voluntarily pause the state’s six year statute of limitations countdown on foreclosures and reserve the right to restart the action again as long as it's done within six years.

The result, according to lawmakers, was that foreclosure actions were no longer time-barred and countless homeowners were trapped “in a state of judicial purgatory with the fate of their homes suspended in incertitude.”

Proponents of the bill also said that some lenders in the state have a longstanding reputation for marginalizing the statute of limitations through stopping and restarting actions that can leave homeowners in foreclosure for a decade or more, and that those practices disproportionately harmed communities of color.

At the time of its passage, state Sen. James Sanders, Jr.- a sponsor of the bill - said that New York homeowners who are in foreclosure were the biggest winners and that the legislation had “evened the playing field” between lenders and borrowers.

Sanders was not immediately available to comment on the stalled signing, but other advocates for the legislation expressed their displeasure.

“New York’s struggling homeowners continue to be impacted by the delaying of foreclosure abuse protections, with multiple decisions almost every week reviving cases that were previously barred by long standing statute of limitations principles or decisions allowing cases to proceed which, before Engel¸ were unquestionably barred by the statute of limitations,” Jacob Inwald, director of foreclosure prevention at Legal Services NYC, said. “While the financial services industry may find it to be a cause for celebration that the Court of Appeals has given it a free pass on the statute of limitations that no other category of litigant gets, New York families are being unnecessarily displaced from their homes in the meantime."

Opponents countered that it would severely limit the mortgage holders right to reach the merits of a foreclosure claim, encourage borrowers to delay foreclosure proceedings and ignore loss mitigation and debt restructuring efforts made by lenders.

Opponents have also maintained that the bill penalized lenders for any procedural errors that, in some cases, could result in a defendant receiving a free house in a windfall.

Lenders also claimed that, with limited exceptions, the bill does not “grandfather” or exclude foreclosure proceedings that are already close to, or beyond, the six year statute of limitations.

McGrath said that in its current form, the bill would lead to tightened underwriting guidelines, which could affect the ability of those with credit issues and those from lower socioeconomic communities to qualify for a mortgage.

And for those who do qualify for a mortgage there’s a good chance they’ll have higher interest rates and less favorable terms to offset the risk to the lender, he said.

McGrath still expects that the new law will be challenged in court, specifically on the grounds that the legislature changed the rules for lenders already involved in foreclosure actions, unless that provision is removed during the amendment process.

But he’s optimistic now that experienced, respected lenders have gotten involved that changes could be made.

“If those entities are worried about the legislation, that should not be discounted, '' he said. “If they are concerned that should matter.”