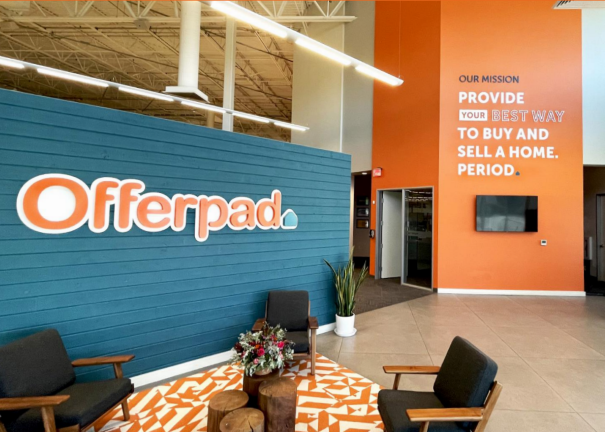 Offerpad saw its revenue soar 384% in the first quarter of 2022.
Offerpad letter to shareholders

Another quarter, another record earnings report for Offerpad.

The report for the first quarter of 2022 was just the third quarterly earnings report since Offerpad went public in September last year, Bair said, and it was spectacular:

“Not only did we achieve exponential growth, but we continued to grow profitably,” Bair gushed. “Our real estate expertise continues to be an X-factor for Offerpad’s success. It is the foundation on which we’ve layered three key priorities to achieve our exceptional results: strategic application of our proprietary technology, best-in-class operational execution, and growth in a disciplined and responsible manner.”

The results were driven in part by Offerpad’s continued expansion. The company said it added 600 new zip codes, increasing its service territory by nearly 15%, and it expanded Offerpad Home Loans mortgage service to nine states.

The company also sold a record 3,602 homes in the quarter, a 254% increase from the 1,018 homes it sold a year earlier. It acquired 2,856 homes in the quarter, up 139% from the 1,196 it acquired in the first quarter of last year. Bair noted the sales record occurred even though the first quarter is typically the slowest for purchases and sales due to seasonal factors.

Offerpad CFO MIke Burnett added that the average price of homes sold by Offerpad in the first quarter was $381,000, a 6.7% increase from $357,000 in the fourth quarter of last year. Those numbers are ahead of the national average sales price of $368,200 single-family existing homes for the first quarter of 2022, according to statistics released this week by the National Association of Realtors. Nationally, the median sales price increased 14.3%.

Burnett said the record results “are clear evidence of Offerpad’s ability to scale the business through profitable growth.”

He noted that company revenue in the first quarter “was higher than the first three quarters of last year combined,” and that Offerpad had produced the highest quarterly net income in its history. Offerpad was founded in 2015.

“Our performance was supported by a record number of homes sold during the quarter, with March representing the most Offerpad homes ever bought and sold in a month,” he said.

Offerpad said it expects to complete its Fort Myers opening in the second quarter, and plans to expand to Cincinnati and the other three markets later this year. Once the expansion is complete, buyers and sellers in 29 U.S. markets will have access to the company’s entire suite of solutions, it said.

Offerpad is available in more than 1,700 cities and towns and 24 U.S. markets, and is focused on growing its footprint “around regional hubs in the Midwest, Southeast, and Southwest.” It added that it plans to begin “hiring local real estate experts across all its new markets,” as well as to hire local home renovation vendors and “develop partnerships with area homebuilders, real estate brokerages, and agents.”