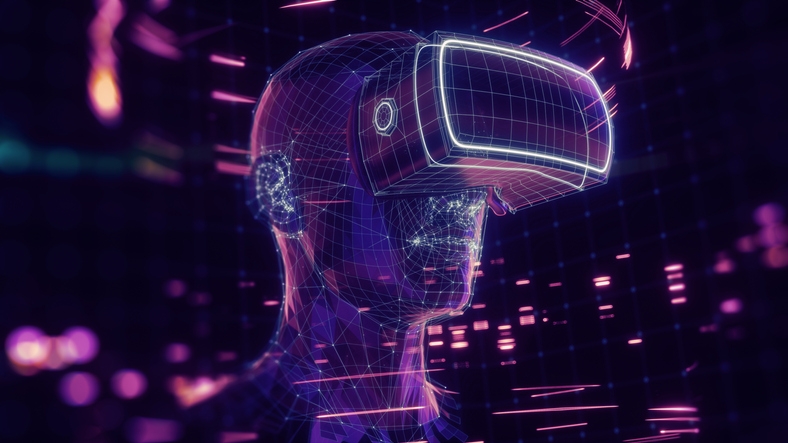 Imagine a virtual storefront for your business catering to an infinite number of potential customers that blows Madison Avenue’s tourism numbers out of the water.

Virtual reality has been the pipe dream of video game developers since online chat rooms were first invented in the 1980s, like AOL Messenger and the first social media websites. It’s the stuff of fantasies like Neal Stephenson’s 1992 dystopic, cyberpunk novel Snow Crash or – if that reference is too outdated for you – Earnest Cline’s 2011 novel Ready Player One. Except now these gamers are all grown up, and they’re quickly turning their dreams into virtual reality.

Would you spend millions of dollars on a vacation home you could never visit? How about a mega-yacht you’ll never charter? Or a Gucci belt you’ll never touch? At first, buying real estate or anything in a virtual world doesn’t make much sense; where’s the value in it? Why would I want a fake mansion to begin with?

At first, buying virtual real estate sounds counterintuitive. Most people believe that prices are tied to an asset’s utility, but that’s not always the case. Assets can also have perceived value, meaning the product or service is as valuable as people believe it to be. For example, money has no intrinsic value. Truly, it’s a green piece of paper, but because everyone agrees that it can be used in exchange for goods and services, that green paper now has value. Similarly, your mansion in the virtual universe has very little intrinsic value, but because this metaverse or property is so sought after, the mansion increases in value.

So why buy a fake plot of land worth millions of real dollars? Because the scarcity of real estate in each metaverse is what drives up the price, rather than it’s utility. As an investor, it doesn’t really matter because once you sell that virtual plot of land, you’ll be rewarded with cold, hard cash.

Republic Realm, a real estate developer for the metaverse, recently paid $4.3 million for a swath of land in the world Sandbox, according to NonFungible.com, marking the biggest virtual real estate sale to date. That broke a previous record set just the week before when Tokens.com Corp paid $2.5 million for land in virtual Decentraland’s Fashion District.

Did you say fashion district? That’s right. These virtual worlds, created by video game developers, also have cities where avatars can stroll around, go window-shopping at their favorite stores, and meet up with avatars of their real-life friends. Users can pay with cryptocurrencies, as each metaverse comes with it’s own currency, such as MANA for Decentraland or SAND for Sandbox.

What has big corporations and investors so excited about the metaverse is the potential to market to anybody across the globe. For the same reason companies compete to get their ads shown in the superbowl commercial or flash on the Broadway Spectacular in Times Square, companies want their ads exposed to as many eyeballs as possible.

Now imagine a virtual storefront for your business catering to an infinite number of potential customers that blows Madison Avenue’s tourism numbers out of the water. Or imagine if McDonalds had a singular drive-thru in the metaverse rather than a physical building on nearly every street corner in America. Instead of scrolling through an online catalog, customers can go window-shopping and socialize with friends like a virtual mall.

Currently, there are multiple virtual platforms popping into existence as the concept of the metaverse gains traction among investors and the public. Decentraland, Axie Infinity, and Sandbox are the most popular platforms where digital plots of land can be bought and sold with NFTs. The native currency for Decentraland is MANA, which is now trading for roughly $5 on coinmarketcap.com.

The concept of the metaverse is similar to Bitcoin (BTC) in that its scarcity is what propels its value. Only 21 million BTC will ever be released into circulation, which is what continuously drives its value. Similarly, in Decentraland, only 90,000 pockets of land and each of them make up 2,704 square feet. In 2017 and 2018, all of these plots were auctioned off, but they are being resold on the Decentraland marketplace because value continues to grow. The virtual plot of land that sold for $2.4 million was 6,050 square feet.

Currently, Sandbox is leading the pack with the highest numbers of traders and sales. By late November, Sandbox posted a trading volume of $86 million, while Decentraland followed with more than $15 million traded for a plot of land NFTs.

Living in a virtual reality that frees you from real-world constraints can be a dream come true for many, but the real reason virtual real estate is booming is the rising trend of cryptocurrencies and non-fungible tokens (NFTs), which inevitably causes investors to wonder whether they should get a piece of the action.

So, how can traditional real estate investors and homeowners cash in on this new, lucrative venture? Well, there are some startups currently in the works to bring more average users into the metaverse, such as Bacon Protocol Inc, Vera Financial, and the upcoming Ledn – all launching NFT-backed mortgages.

Bacon Protocol Inc. is a decentralized mortgage lender created by CEO of LoanSnap, Karl Jacobs. The decentralized mortgage platform provides homeowners the ability to exchange a lien on their property for an NFT that represents a portion of its value. The startup has minted seven NFT mortgages thus far that finance real residential properties.

“The U.S. housing market has been consistent over many centuries and has grown at a steady, stable rate,” said Karl Jacob, CEO and co-founder of Bacon Protocol. “Bacon Protocol is designed to bring broad accessibility to a once untouchable market and allows individuals to invest pools of liens, backed by real homes, bringing institutional-level investments in the housing market to anyone who can buy cryptocurrency. We are focused on improving people’s financial lives and this is a great step for homeowners and anyone in the world  To fulfill this vision we are announcing our first product on the Bacon Protocol called bHOME coin, the first-ever Stable+ Coin.”

LoanSnap is not the only mortgage company hopping on the metaverse bandwagon, though. Vera Financial is a marketplace that sells NFTs for the Axie Infinity metaverse called Axie NFTs. The play-to-earn game allows average consumers to start becoming real estate investors with very little start-up cost.

For example, Billy the millennial is fed up living paycheck-to-paycheck in his real life job, which keeps him rooted to his desk for most of the day. That is until Billy goes online to discover a play-to-earn metaverse called Netverk, a partner of Vera Financial. Now Billy can purchase prime real estate on a limited budget and start building ads in places that garner lots of traffic, then sell them off to other advertisers. He can also create unique buildings that have special mineral resources to increase their value, and sell them. Due to these wise investments, Billy can increase his cash-flow to exceed his monthly mortgage payments, and put a lot of money into his pocket.

Other startups are emerging as well to capitalize on the new virtual fad, such as Ledn, which recently raised $70 million in a series B funding round last Wednesday. The Canada-based company offers BTC-backed mortgages and aims to originate $100 million worth of NFT-mortgages by the end of the first quarter in 2022.

In this process, BTC and real estate serve as collateral for the mortgage with the loan equal to 50% of the combined value of both assets. However, Ledn offers higher interest rates than the traditional mortgage – currently the rate is at 9.5% for BTC-backed loans.

“We anticipate rates to decrease as institutions come in and get more comfortable with Bitcoin collateral,” said co-founder and CEO Adam Reed. “The product is aimed at clients who choose to invest outside the mainstream of legacy banks.”

Why Should I Care?

Virtual real estate developer, Republic Realm, made a record-breaking purchase ($4.3 million) on a piece of land in the metaverse Sandbox, where more companies are intending to set up shop – like a virtual mall – and buy rental properties.

Overall, by purchasing virtual land you can either develop the land (construct malls or shops), run businesses or lease the land to other businesses, host professional or social gatherings, re-sell the land for a profit, mortgage property for an alternate source of income, or create adventure parks and go on quests.

Over the past summer, Gucci opened a digital version of the Gucci Garden Exhibit in the metaverse Roblox where it sold meta versions of purses and handbags initially priced at $1.20 to $9 each, then resold for as much as $4,100 Robux (the Roblox cryptocurrency).

In June, the New York Times reported that Boson Protocol bought an entire block of the Vegas City gambling district of Decentraland. The company stated that the space will become a commerce point where products from the real world can be exchanged for NFTs. Those same NFTs, acting as digital representations of physical products, can also be traded for items in brick-and-mortar stores.

“Everybody recognizes that we’re very early and these things are going to be modern-day antiques,” said Justin Banon, a co-founder and the chief executive of Boson Protocol, a platform that enables the sale of physical products in the metaverse, like NFTs. “So buying at this stage is hugely lucrative.”

Tech enthusiasts and investors in cryptocurrencies are not only optimistic, but determined to have the metaverses succeed. Many cite the pandemic as a catalyst for this trend in virtual reality. Most people experienced the loneliness and frustration of being locked inside due to the pandemic, and struggled financially because of it. Now there is an exciting new solution to both these problems: join the metaverse!

“It’s already happening, and it’s just a question of degree,” Banon continued, referring to the cryptocurrency trend. “But I think in five years, my daughter will not allow me to pick her up from school if I’m not wearing a pair of sneakers that don’t also have an NFT.”