S&P CoreLogic Reports A 19.7% Annual Gain For May 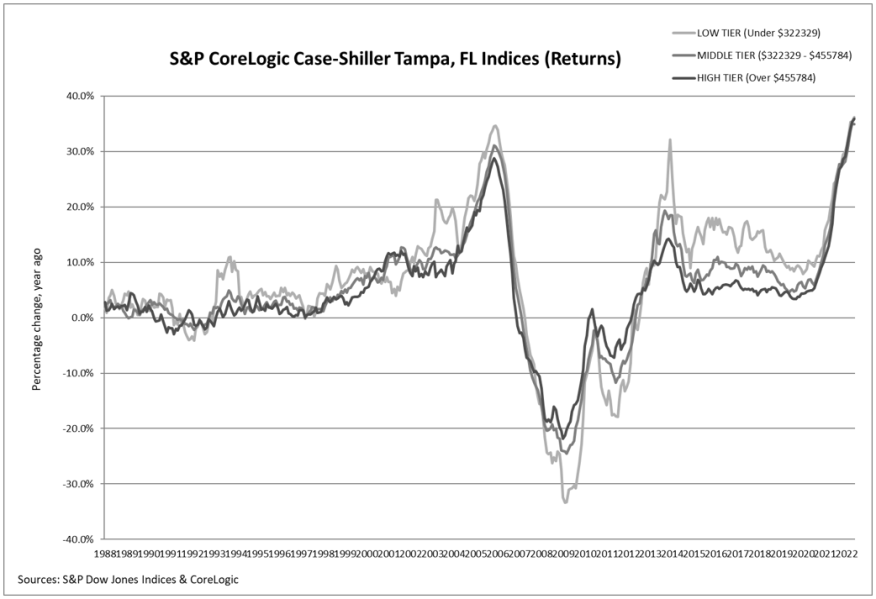 The S&P CoreLogic Case-Shiller U.S. National Home Price NSA Index, which covers all nine U.S. census divisions, reported a 19.7% annual gain in May, down from 20.6% in the previous month.

“Housing data for May 2022 continued strong, as price gains decelerated slightly from very high levels,” said Craig J. Lazzara, managing director at S&P DJI. “Despite this deceleration, growth rates are still extremely robust, with all three composites at or above the 98th percentile historically.”

Before seasonal adjustment, the U.S. National Index posted a 1.5% month-over-month increase in May, while the 10-City and 20-City composites posted increases of 1.4% and 1.5%, respectively.

“The market’s strength continues to be broadly based, as all 20 cities recorded double-digit price increases for the 12 months ended in May. May’s gains ranked in the top quintile of historical experience for 19 cities, and in the top decile for 17 of them,” Lazzara said. “However, at the city level we also see evidence of deceleration. Price gains for May exceeded those for April in only four cities. As recently as February of this year, all 20 cities were accelerating.”