Golden Empire Mortgage announced that Manuel Corral will return to the company as senior vice president of loan production.

Over the course of his career, Manuel Corral funded over $1.5 billion in loans, is a 10-time loan officer of the year, a lifetime achievement award recipient, annually ranks in the top 1% of all loan officers nationally, and is recognized as a top originator, according to Golden Empire Mortgage.

Additionally, Corral is recognized by the National Association of Hispanic Real Estate Professionals (NAHREP) for being one of the Top 20 Latino Mortgage Originators nationwide as well as a CalHFA Lending Hero by the state of California for six consecutive years. 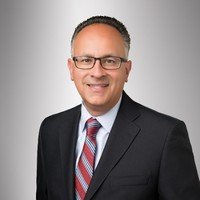 “Upon his return, Manuel will take on a new role within the company. As senior vice president of loan production, he will help lead GEM's success as we move forward into the next chapter in building business and expanding our brand,” said GEM president Joe Ewens. “Over the course of my career, I have not encountered a more professional and dedicated originator.”

This opportunity will allow Corral to leverage his 30 years of expertise in the mortgage industry to grow, train, and mentor GEM branches and loan officers. According to GEM, Corral is dedicated to serving first-time homebuyers, move-up buyers, and real estate investors which the company hopes will have a positive impact on its sales force. According to the company, Corral also takes the time to counsel homebuyers which have helped families make smart decisions, that align with their short- and long-term financial goals.

More from
Community
Legends Of Lending