You probably know about Bitcoin, unless you have been living in total seclusion for the last few years. The big controversy usually centers on determining if it is legal tender. But imagine if you are confronted with a transaction involving Bitcoin. Do you file a Suspicious Activity Report (SAR)?

It so happens that the Financial Crimes Enforcement Network (FinCEN) has been giving that very concern laser-like attention! In July 2014’s “SAR Stats,” FinCEN observed that the “rapid adoption and price fluctuation of Bitcoin” has put convertible virtual currencies in the spotlight over the past year.1 The same attributes of virtual currencies that attract lawful users, such as the capacity for anonymity as well as their speed and global reach, attract criminal actors engaged in illicit financing. FinCEN is observing a rise in the number of SARs flagging virtual currencies as a component of suspicious activity. Bitcoin is considered one of the “emerging payment methods.” Consequently, it is important to understand virtual currencies in order to properly complete the SAR Narrative. 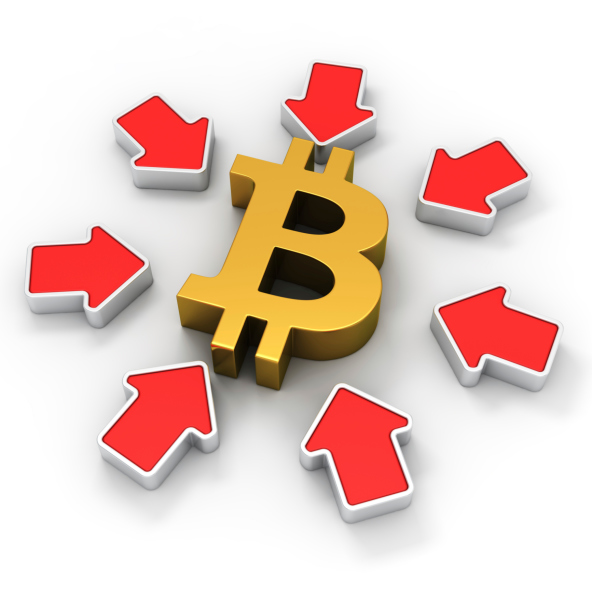 So let’s define Bitcoin
Bitcoin is a type of virtual currency. It is also known as a crypto-currency or a math-based currency or digital currency. A virtual currency is considered “decentralized” because it allows users to conduct transactions peer-to-peer without a central administrator. It is a software-based payment system described by one Satoshi Nakamoto in 2008,2 and introduced as open-source software in 2009. Payments are recorded in a “public ledger” using its own unit of account, which naturally is also called Bitcoin. Payments work peer-to-peer without a central repository or single administrator—which has led the U.S. Treasury to call Bitcoin a “decentralized virtual currency.”3

In keeping with the general architecture of the Internet, transactions and new currency issuances are conducted without a central administrator or trusted third-party. Instead, as an open-source software, its protocol links users into a network that:

The rate of coin creation, the total Bitcoin to be created (say, 21 million), and other variables (viz., network difficulty adjustments), are also in the software protocol. Other crypto-currencies may differ on the basis of these and other variables.5

Besides “mining,” Bitcoins can be obtained in exchange for fiat money, products, and services. Users send and receive Bitcoins electronically for an optional transaction fee using wallet software on a personal computer, mobile device, or a Web application.6 Mining is the maintaining of the block chain, and those who do so are rewarded with newly created Bitcoins and transaction fees. Miners may be located anywhere in the world; they process payments by verifying each transaction as valid and adding it to the block chain.7

FINCEN’s view of SAR data and bitcoin transactions
Financial institutions, including, but not limited to, Virtual Currency Exchangers, other Money Transmitters, other types of Money Services Businesses, and Depository Institutions may all be involved in the chain of transactions making up the lifecycle of a user’s purchase, use and sale of Bitcoin for currency of legal tender.8 FinCEN regards SAR data “crucial in assessing transactions involving Bitcoin or other virtual currencies.”9 Indeed, any financial institution that is required to file a SAR and accepts transactions in Bitcoin should be giving consideration not only to the SAR filing mandates but also sharing information relating to such virtual currency transactions. FinCEN encourages the use of information sharing under 314(b) in this context.10

Bitcoin has seen its share of black market activity. There has been increasing FinCEN and law enforcement scrutiny regarding the use of Bitcoin for illegal activities.11 In October 2013, the FBI shut down the “Silk Road,” allegedly an online black market, and seized 144,000 Bitcoins worth $28.5 million at the time.12 Although the United States is still considered “Bitcoin-friendly” compared to other governments, in China buying Bitcoins with Yuan is subject to restrictions, and Bitcoin exchanges are not allowed to hold bank accounts.13

Different financial institutions are more likely to see different elements of the same suspicious activity due to their participation in and perspective on the transaction chain.

According to FinCEN, while Depository Institutions do not currently interact directly with the Bitcoin economy (i.e., accepting deposits in Bitcoin, conducting transactions in Bitcoin, and so forth), they may see cash, ACH, or Wire and Funds Transfer deposits and withdrawals associated with the following entities, as outlined in the SAR Stats. 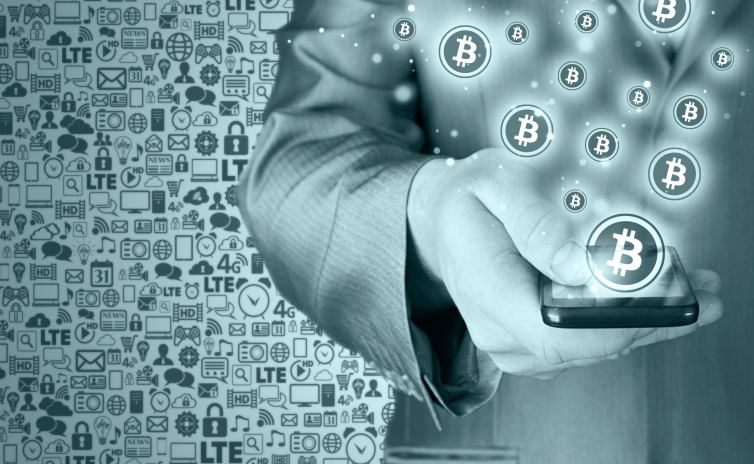 Users
FinCEN claims that information on users of crypto-currency—even when their participation in the transaction is not considered suspicious—is very useful for the analysis of the narrative, and may be supplemented with the ACH or wire data related to transactions conducted to or from known virtual currency exchangers. Some of these users may be engaged in illicit marketplace activity that is indicated in other corroborating data.14

Speculators
Depository institutions may also see user or entity activity that is associated with speculative activity. The example given by FinCEN is where, “following a rapid rise in the relative value of a crypto-currency to the dollar, an institution may see high value deposits originating from foreign or domestic virtual currency exchangers.”15 Although speculation in a volatile asset is not a criminal activity, “speculation can share a transaction footprint with other activities that might be suspicious (such as activity associated with High Yield Investment Programs (HYIP), or outright criminal, such as Ponzi Schemes involving Bitcoin.”16

Dealers
Depository institutions may also observe variable cash deposits into bank branches in many different states followed by either an ACH or wire to known virtual currency exchangers. FinCEN believes that these may denote individuals or entities acting as virtual currency dealers that may be acting as unregistered MSBs.17

Correspondent banks
FinCEN maintains that Correspondent Banks have a “unique vantage point” because they are able to see aggregate fund transfers to and from foreign-based virtual currency exchangers. According to FinCEN, “information in this data may be related to exchanger account ownership and high-value transactions from other businesses, dealers, individuals, and both domestic and foreign entities.”18

Money transmitters, other MSBs, and funding intermediaries
These entities also have a unique vantage point on transactions associated with dealers and their customers (viz., domestic and international). Dealers may accept a wide variety of payment mechanisms in exchange for Bitcoin (and other virtual currencies). These “payment mechanisms,” acting through different funding intermediaries in a dealer to customer transaction, may be able to identify customers and the dealers of crypto-currency in and outside the United States.19 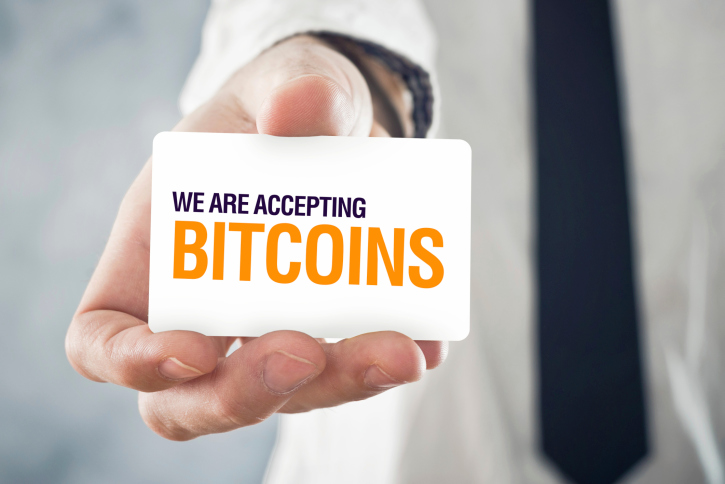 Hacker, identity fraud and account takeover
Virtual currencies may be used as part of schemes to layer funds or obfuscate financial trails associated with stolen funds from account takeovers. FinCEN states that “MSBs may be uniquely placed to see the funds originating from a compromised bank account destined for a virtual currency exchanger, other MSB, to other compromised accounts,” such as MSBs or other financial institutions or for the purchase of virtual currency.20

Virtual currency exchangers
Virtual Currency Exchangers and other virtual currency entities may have a unique view of the activities of their users and counterparties as they enter and exit the virtual currency economy and conduct transactions within that economy. FinCEN’s example is where “exchangers may know when users send Bitcoin to other users who are customers of that same exchange or may be able to compare Bitcoin addresses associated with illicit activity against the activity of addresses they have issued to their customers.”21

Is bitcoin legit?
A Bitcoin documentary film, called “The Rise and Rise of Bitcoin” made its debut at the Tribeca Film Festival in New York on April 23, 2014. The film chronicles the Bitcoin's origins to its explosive growth in 2013.22

In the 2014 Fall semester, undergraduate students at the Massachusetts Institute of Technology will be receiving $100 in Bitcoins "to better understand this emerging technology". A student had the idea of a Bitcoin Club and raised more than half a million dollars from a high frequency trader.23

Is the Bitcoin legit? You decide!

Jonathan Foxx is president and managing director of Lenders Compliance Group and Brokers Compliance Group, mortgage risk management firms devoted to providing regulatory compliance advice and counsel to the mortgage industry. He may be contacted at (516) 442-3456 or e-mail at [email protected].

10-USA PATRIOT Act, Section 314(b). In general, Section 314(b) permits financial institutions, upon providing notice to the United States Department of the Treasury, to share information with one another in order to identify and report to the federal government activities that may involve money laundering or terrorist activity.

13-Peterson, Andrea, This map shows which countries are friendly to Bitcoin, Jan. 27, 2014, The Switch, The Washington Post.