Stevens Explains What Is Right and Wrong With Forbearance 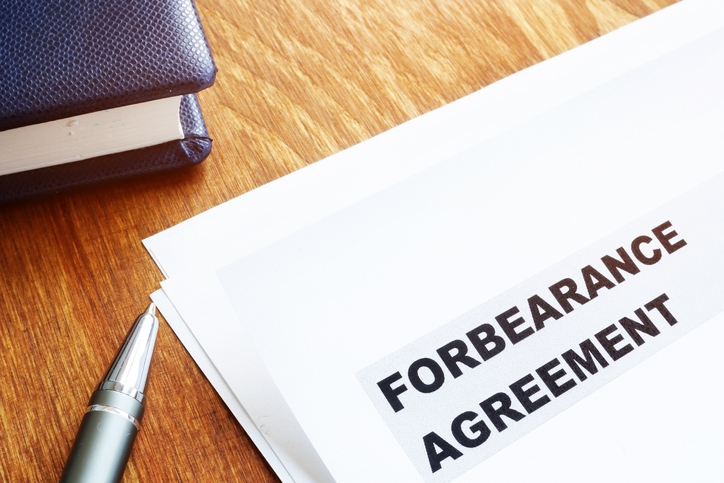 David H. Stevens has an extensive career in the mortgage industry, including his current role as CEO of Mountain Lake Consulting, as well as former Assistant Secretary of Housing and Federal Housing Commissioner for the U.S. Dept. of Housing and Urban Development (HUD). He brings a unique perspective to the current mortgage crisis. 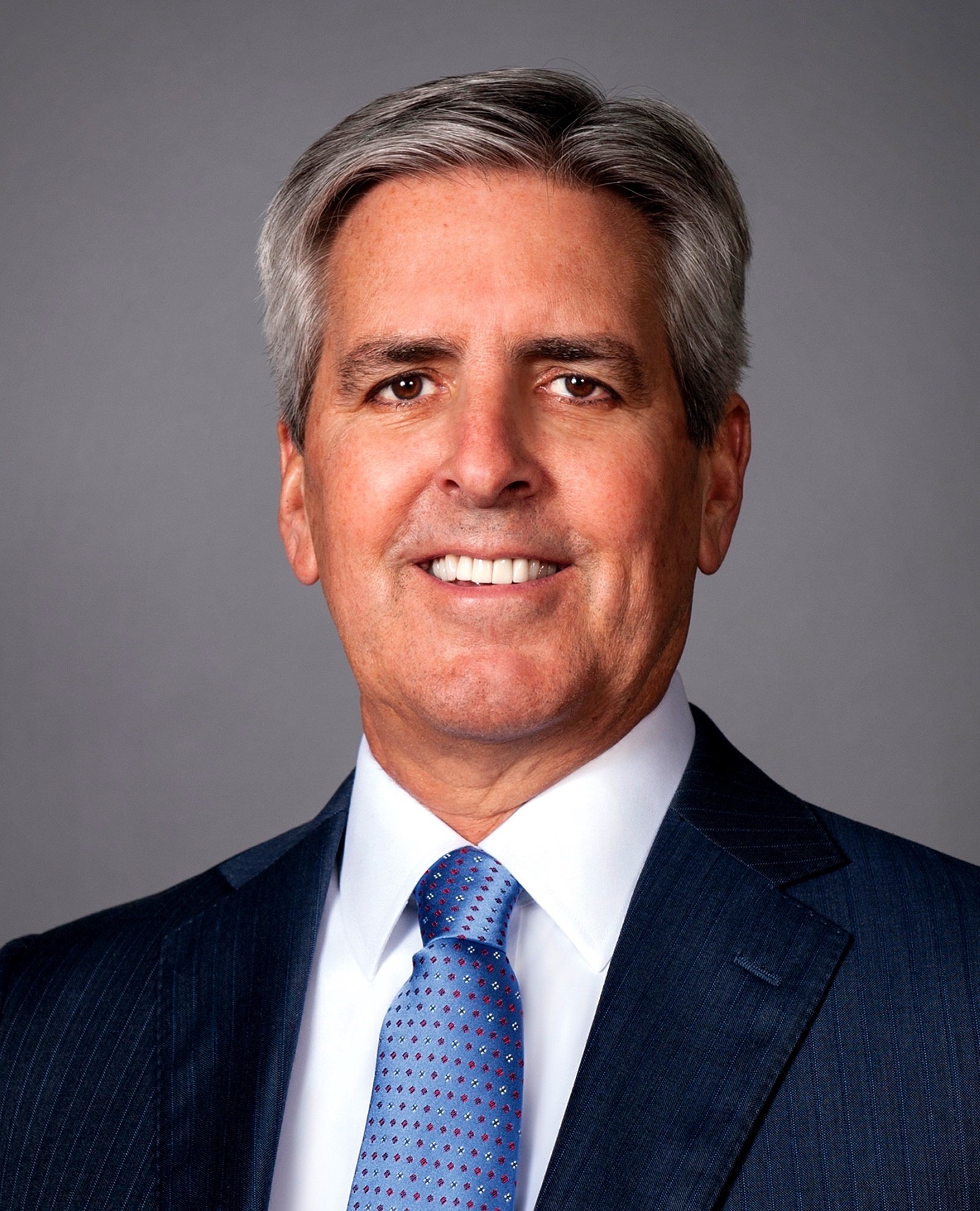 Stevens shared his views as part of National Mortgage Professional Magazine’s Mortgage Leadership Outlook series. He has strong opinions about why forbearance could harm the mortgage industry long-term.
Andrew Berman, head of engagement and outreach for National Mortgage Professional Magazine, hosts the Mortgage Leadership Outlook series. It delivers industry professionals’ insights on the current condition of the mortgage industry and trends they are seeing, as well as how folks are responding to the COVID-19 pandemic.
Other topics Stevens and Berman touched on include how today differs from the 2008/2009 crisis; will housing values take a hit; where the mortgage industry is headed in the next few months; and what the lack of inventory for entry-level homes means. They also touched on employment plunges and unemployment surges, moving out of the recession and what to expect, as well as opportunities Stevens sees coming out of this and when people will need to buy.

What the Administration did right

Stevens, in general, had praise for how the Administration handled the economic crisis. He said the Administration’s ability to pass the bailout bill was well done.
“The Fed has been extraordinarily responsive; some may say too responsive,” Stevens said. “A few weeks ago, we had a problem with an excess supply of mortgage-backed securities in the marketplace. This has nothing to do with the pipeline hedges. Holders of mortgage-backed securities, REITs, and global holders were repositioning their holdings, in effect selling them. We didn’t have buyers in the marketplace, rates started backing up, prices were worsening, and a lot of these folks, especially REITs, were at great risk of having margin calls. To even out the excess supply, the Fed immediately jumped in and started buying mortgage-backed securities in a big way and bought Treasuries and made a strong commitment.”
Stevens explained how we were at risk of many of the non-bank originators being in severe trouble, and the Fed ended up slowing down its purchase levels out of the mortgage-backed securities market.
“While a lot had to pay millions of dollars in margin calls, it looks like for now, at least for the remainder of this month, we will be able to fund pipelines and make it through without great risk of institution failures due to margin calls,” he said. “Ginnie Mae stepped in a big way. Ginnie has a liquidity facility they have always had where they could make advances to mortgage-backed securities holders in times of distress. The policy was you technically had to be in default as an institution, and then Ginnie could step in. That’s been a shelter provision to make sure bondholders would get paid even if issuers weren’t able to. This time because of the forbearance that is being rolled out, Ginnie made an announcement saying it would make broader use of that liquidity platform and expand it beyond institutions that are technically in default. That could prove to be an extraordinarily important lifeline for servicers based on what looks like to be a big take up on forbearance plans.”

What the Administration did wrong

The Administration is overwhelmed, Stevens told Berman.
“Policymakers are overwhelmed. This happened in such a short period. I give them credit for moving fast. I am extremely concerned about this other shoe that is going to drop: This forbearance program. What is it going to mean to liquidity needs for the mortgage banking industry to make advances to bond investors, both in the Ginnie program and the agency mortgage-backed securities. If something is done there, that could cause huge problems.”
According to Stevens, there is a solution. “This is very fixable,” he said.
When he worked for the Obama Administration in 2009 at the peak of the recession, people were always worried about “moral hazards.” He explained that meant any relief only had to go those who needed the support from the U.S. government.
“We didn’t want to be accused of socialist activities or all the things the Obama Administration got accused of at its worse. We didn’t want a bailout for those who did not need it,” said Stevens.
The huge difference this time is forbearance for all. In the 2008-09 crisis, a mortgagor had to prove hardship to receive forbearance.
“Everybody doesn’t get it as a free hall pass,” Stevens said. He added that there would also be effects on a consumer’s credit score when seeking forbearance.
This Administration went so much farther, said Stevens. Anybody who has a mortgage under the programs insured [by the federal government and its GSES] “all you have to do is say you want the exemption, you get it, and your credit won’t be harmed,” he added.
Stevens followed that by saying, “The outcome is outrageous. We have nothing controlling, no governor, over this process to make sure we’re not giving out blanket taxpayer guarantees to people who don’t need it, who are still being paid and can make their mortgage payments. They can use this and not have any impact on their credit standing. I view that as excessively irresponsible. This is a taxpayer program. We should be supporting families who need it the most, not using taxpayer funds in an excessive way like this did. The problem is, as a result, in the servicers I’m talking to in the first couple days of the month, they’ve had outrageous numbers of people sign up to come onto the forbearance plan. Why wouldn’t you?”

Why this hurts mortgage servicers

The problem is servicers have to make advances to the mortgage-backed securities holders because the mortgages won’t be counted as being in default, Stevens explained.
“They are considered performing loans. While there will be ways to pay that back it will be different for Fannie Mae, Freddie Mac vs. the Ginnie Mae programs,” said Stevens. “There will be billions upon billions of liquidity needed to make advances because Congress passed a piece of legislation. The president supported it, that created this extraordinary burden, thrust on the backs of private industry without any consideration to what that meant.”
Stevens cited the figure that shows if 25 percent of all mortgages take advantage of this forbearance plan, that’s going to equate to about $70 billion over the first six months that’s permitted under forbearance. If the forbearance is extended another six months, that becomes $140 billion of liquidity needed by the servicing industry to make those advances with no money coming in.
“Servicing in the last fiscal year … made about $10 billion all in. So, we’re talking $70 billion in cost in six months, $140 billion if they opt for the year. The private industry does not have the money to make these advancements. It’s completely outrageous this program would be created without something in place to back it up.”

What Stevens would do

“What would I do if I had the pen?” Stevens said. “I would have fought tooth and nail against a forbearance program that did not require proof of hardship. Nobody else should have a chance to get free money from the American taxpayer at a time when we should be giving and sharing and helping.”
Stevens said people would take advantage of the system.
He said there is a possible government fix: Stop forbearance except for those who need it. That change would apply to people seeking forbearance going forward. It would not be retroactive.
Stevens also said the Administration needs to step up with liquidity.
“These are not high-risk assets,” Stevens noted. “The vast majority of them are ultimately going to perform. Two things could be done. Freddie Mac and Fannie Mae could set up a liquidity platform where they make advances to the investor on behalf of the servicers.”
He said they don’t have unending capital, but they do have a $240 billion line of credit that’s held by the Treasury Department. Ultimately, the Treasury Department could use its authority to make sure there is additional liquidity as needed. That money will get paid back. Worst case, Stevens explained, the repayment comes when the home is sold or the loan is refinanced.
What’s different in the Ginnie Mae program, Stevens explained, is it has the facility they are setting up to make advances that servicers can tap into to make those advances. The FHA also offers partial claims, so, at the end of the six months, the servicer will submit a partial claim to HUD for all those advanced payments. HUD then pays the servicer out of a mutual mortgage insurance fund, and that pays off the line Ginnie is holding.
“HUD is surprisingly better prepared for this,” Stevens said. “The GSEs can take care of this in the same way. They have to step up and do it. They could literally do it in a matter of days.”
This article was reprinted with permission of OriginatorConnectNetwork.com.