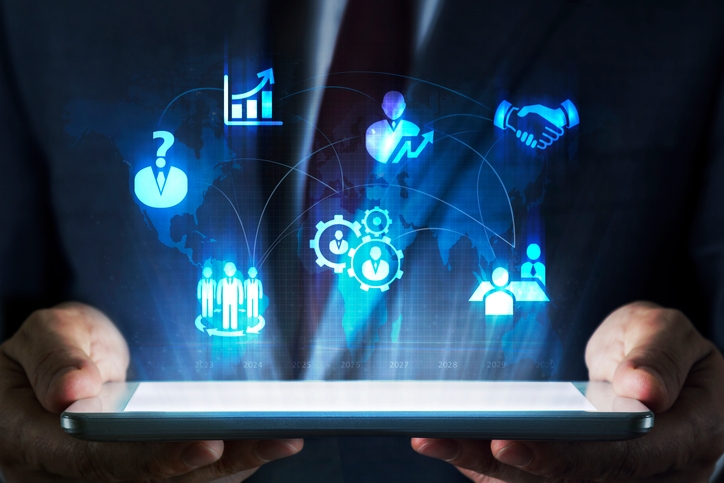 The mortgage origination industry has had quite the decade. Huge booms turned to equally large busts as the days of NINJA loans and quick money were quickly (and wisely) regulated out of existence. Brokers took most of the heat, and the industry slowly recovered and had an impressive recovery as interest rates remained at historically low levels, prompting a slow but strong housing recovery.
But mortgage offices should be anything but complacent. If you’re a broker, you’re probably trying to find a way to get out of the brokerage game (given that large banks like Wells Fargo have stopped accepting brokered deals). And if you’re funding your loans, you’ve probably found that the national average of 44 days to close on a loan is the result of a long and tedious origination cycle that can frustrate both borrowers and lenders alike. One of my favorite Facebook Groups, “Mortgage Broker Memez” highlights the feeling loan officers get when they can finally reap the benefits of their hard work: 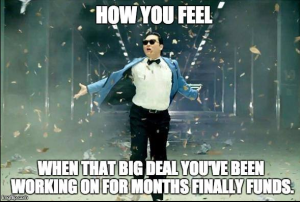 So what’s next for mortgage offices nationwide? Two key trends are going to dictate the way that mortgage offices evolve over the next 10 years:
►Software will continue to invade every step of the mortgage process
►Ever-increasing regulations will continue to drive up the costs of originating a loan
From the borrowers perspective, technology is now a normal part of every day life. On average, Americans now spend 10 hours a day in  front of a screen, with five of those hours coming from a mobile phone. From an Uber ride to a car purchase, the modern American buyer expects a well-designed and mobile-optimized purchasing experience.
Seizing on this momentum, Quicken Loans has been heavily pushing their Rocket Mortgage which claims (though largely fails) to give borrowers a fully digital mortgage experience. This marketing push is a continuation of the technology invasion into every aspect of the mortgage process; and it likely won’t stop. The next successful mortgage firms will continue leverage technology to:
►Give borrowers a tech-first experience that they’ve come to expect from other transactions
►Scale operations more quickly
►Ease the compliance burden
Ah Compliance. The industry bugaboo that lenders quietly bemoan while stressing that we nobody wants to return to the days of 2008 when the entire financial system almost came down due to our under-regulated housing market. But while the pendulum may have swung too far, regulators show no signs of stopping the ever-increasing amount of reporting, disclosures, and audits that have defined the modern mortgage office. The effect has been an incredible $400 increase in the cost to originate a loan from 2009 to 2015.
In compliance, technology will again play a major role by:
►Automating audit requests
►Transferring the compliance burden  to tech vendors
►Reducing the amount of human labor associated with reporting and disclosures
►We have already seen that these cost pressures are beginning an era of consolidation in the industry. Here’s what Stanley Middleman, CEO of Freedom Mortgage, had to say on the matter:
"We are going to be in discussions with a variety of companies that we didn’t expect to be talking to at the beginning of this year [about acquisitions].
What’s most interesting about this quote? Middleman said it after completing five acquisitions in less than two years."
In summary: 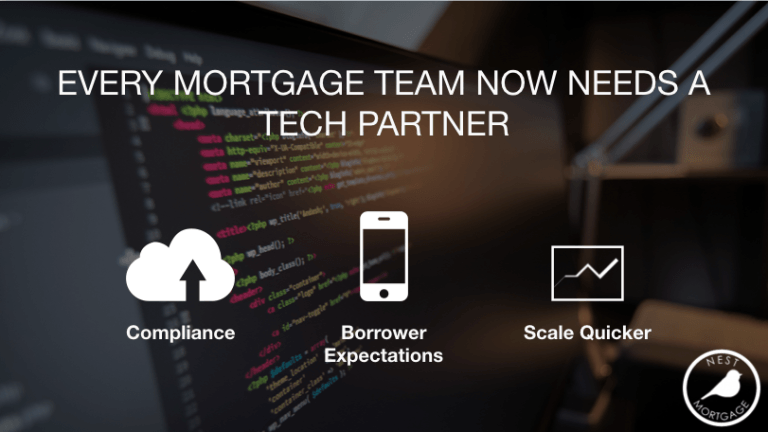 With borrowers and regulations driving tech transformation, what are some of the effects that we can anticipate in the next five to ten years? Here are some (not so surprising) predictions for the American mortgage industry:
►Closing costs for borrowers will come down because of technology and competition.
►The industry will begin a general era of consolidation as economies of scale become more pronounced.
►Every mortgage origination office will need some kind of technology partner.
Technology will accelerate the changes coming to the mortgage industry. Companies are busy building tools that will help speed up the origination process, deliver a better borrower experience, and ease the compliance burden. Others in our industry are working towards the same goals and we anticipate the future of mortgages in America.
Beto Juárez III is founder of Nest Mortgage based in Austin, Texas. He may be reached by e-mail at [email protected].
Link copied
Published
May 01, 2017
Coming Up See All
Aug
18
Maximum Acceleration
Las Vegas, NV
Aug
19
Originator Connect
Las Vegas, NV
Aug
19
Non-QM Summit
Las Vegas, NV
Get the Daily
Advertisement
Advertisement
Analysis and Data
Existing-Home Sales Fell Again In July