Too Big to Fail: A Wayward Path – NMP Skip to main content

Too Big to Fail: A Wayward Path 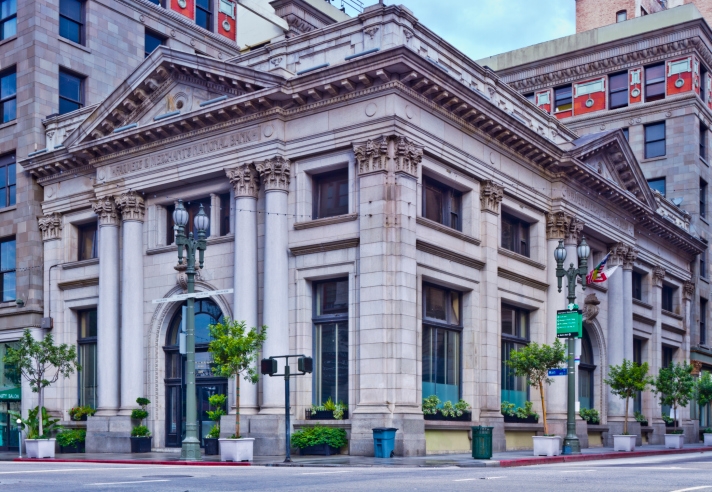 I take no great pride in stating that I have actually read the entire Dodd-Frank Act ... 2,300 pages. It was a brutal read, but I plotted it, graphed it, bookmarked it, highlighted it, cross-referenced it, and set up an extensive spreadsheet that cross-tabulated all the sections, subsections, sub-sub-sections, and adduced each attendant citation.

In the midst of getting through this kaleidoscopic endeavor, I was particularly interested in finding out how the concept of “too big to fail” (or “TBTF” as it has come to be known) would be defined and transmogrified into procedural action.

Unfortunately, I came away from the experience with the view that TBTF was a myth, a fable created to mollify the masses into believing that the financial meltdown won’t happen again.
And here we are in 2016, years away from the DFA’s effective date of July 21, 2010, and finally my concerns are being recognized–by none other than Neel Kashkari, currently president of the Federal Reserve Bank of Minneapolis, but back then a chief architect of the government’s response to the financial crisis.

Recently, Kashkari said that the DFA did not go far enough and TBTF is “an ongoing, large risk to our economy.” He suggested that possible solutions include proposing the break-up of large money center banks.

He ought to know: Kashkari was the interim Assistant Secretary of the Treasury for Financial Stability from October 2008 to May 2009, and he oversaw the Troubled Asset Relief Program (TARP) that was a major component of the government's response to the financial crisis.

Kashkari has stated, “now is the right time for Congress to consider going further than Dodd-Frank with bold, transformational solutions to solve this problem once and for all.”

What does he know about the exposure to systemic risk that we don’t know?

Mr. Kashkari spoke at the Brookings Institution, where he suggested solutions such as:

►Breaking up large banks into smaller, less-connected, less-important entities;
►Turning immense financial institutions into public utilities, subject to public utility regulations - for instance, forcing them to hold so much capital that they virtually cannot fail; and
►Using taxes throughout the financial system to reduce systemic risks wherever possible.

The Minneapolis Fed has set forth an initiative to develop a plan to end TBTF, as noted by Kashkari in his presentation. It expects to deliver the plan by the end of the year, preceded by a series of policy symposiums to explore various options to combat TBTF.

But where are the legislators to be found to push forward with ways and means to reduce further the risk of systemic risk? Maybe another existential threat to the economy or another large-scale, financial crisis will bring the need to prevent systemic risk back into focus. Let’s hope not!

One thing’s for sure: policy makers have not taken the above-mentioned suggestions under advisement. The TBTF wildebeests continue to grow and grow, becoming ever more behemothic, labyrinthine, and super-colossal.

So, who has the most to gain maintaining the status quo? Of course, Wall Street, many of whose denizens – such as Goldman Sachs – had to become banks in the last go-round. And, of course, all the money center banks, those habituant Brobdingnags gorging off the federal reserve system.

In this election year, perhaps there are candidates listening, stumping for some or all of Mr. Kashkari’s recommendations, whether or not they are even aware of his position on this subject. Maybe they know the same something about systemic risk that Kashkari knows.

What do they know about the exposure to systemic risk that we don’t know?

Fundamental change is hard to consider for some people. Since the financial crisis, I have noticed that more and more people have become inured to the notion of socializing corporate risks and losses, but privatizing profits. Somehow, they must have convinced themselves that this is a way to maintain economic stability.

But to me it is a signal – what gamblers call a “tell”–that Mr. Kashkari finds “unpersuasive” the arguments posed by these financial leviathans in their plea to be left alone to continue their titanic growth.

Banks claim they are global and must be financial Godzillas in order to be able to handle international business, but Kashkari counters that some of these same banks deal with thousands of suppliers across the world, insinuating that they could likely handle “a few more banking relationships.”

These Gargantuas and Pantagruels also argue that the size or scope of banks should not be limited, inasmuch as limitations would place them at a disadvantage to banks in other countries with less regulated financial institutions. Kashkari finds such remonstrances without merit, saying that “if other countries want to take extreme risks with their financial systems, we can’t stop them … but the United States should do what is right for our economy and establish one set of rules for those who want to do business here.”

I have heard people say, “perfect is the enemy of the good,” an aphorism popularized by Voltaire, which he took from an English variant of the old Italian proverb “better is the enemy of good.”

Mr. Kashkari states, “perfect cannot be the standard that we must meet before we act ... otherwise, we will be left on the default path of incrementalism and the risk that we will someday face another crisis without having done all we could to protect our economy and the American people.”

Inevitably, it seems, ‘incrementalism is the enemy of the good.’