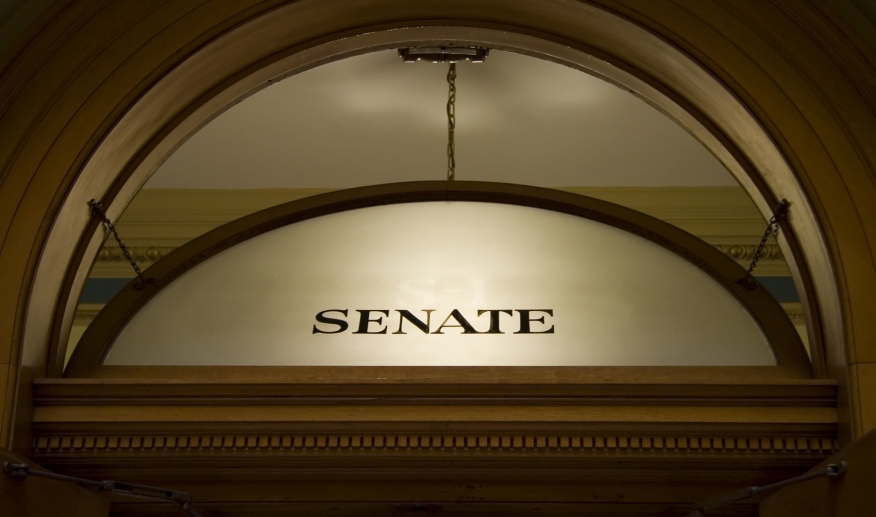 At a Senate Banking Committee hearing this past Tuesday, Federal Deposit Insurance Corporation (FDIC) Chairman Sheila Bair testified first and spoke against creating a single regulatory regime for the financial industry. “The ability to choose between federal and state regulatory regimes played no significant role in the current crisis,” Bair said. A single regulatory scheme would not be prudent risk management and “would unnecessarily harm the dual banking system that has long served the financial needs of communities across the country and undercut the effectiveness of the deposit insurance system.” She told lawmakers that a unified supervisory approach would inevitably focus on the largest banks to the detriment of the community banking system and could spur consolidation and hamper efforts to reduce systemic exposure to very large financial institutions. State-chartered banks tend to be community-oriented institutions that “stay close to their customers, they pay special personal attention to their needs, and they are prepared to work with them to solve unanticipated problems,” Bair said. Bair also cautioned on funding. “if the single regulator and supervisor is funded as the national bank regulator and supervisor is now funded, through fees on the state-chartered banks it would examine, this would almost certainly result in the demise of the dual banking system. State-chartered institutions would quickly switch to national charters to escape paying examination fees at both the state and federal levels.” Both Bair and Federal Reserve Governor Daniel K. Tarullo spoke about the need to fill regulatory gaps. “One potential gap has already been addressed through the cooperative effort of federal and state banking agencies to prevent insured depository institutions from engaging in ‘regulatory arbitrage’ through charter conversions,” Tarullo said. Comptroller of the Currency John Dugan expressed support for the proposal to merge the Office of Thrift Supervision (OTS) into the Office of the Comptroller of the Currency (OCC), but cautioned against putting “everything in one place.” He also spoke against provisions in the Administration’s regulatory proposal that would end the preemption of state laws for national banks. OTS Acting Director Bowman spoke in favor of retaining the thrift charter and his agency. More Information Conference of State Banking Supervisors (CSBS) President and CEO Neil Milner described the hearing as especially important, as it revealed major differences among the federal regulators on the Obama administration’s regulatory restructuring proposal, “even after Treasury Secretary Tim Geithner’s spirited attempt to gain unity among the agency heads last week.”
Link copied
Published
Aug 07, 2009
Coming Up See All
Feb
14
Texas Mortgage Roundup — Austin
Austin, TX
Mar
01
Atlanta Mortgage Expo
Atlanta, GA
Mar
15
Mid-South Mortgage Expo
Nashville, TN
Get the Daily
Advertisement
Advertisement
Regulation and Compliance
Fed Slows Rate Hike Pace, OK’s 0.25% Bump