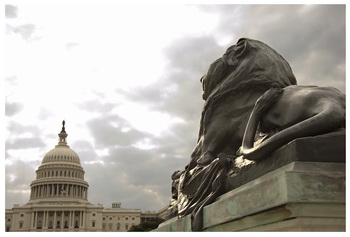 President Barack Obama has announced the appointment of Elizabeth Warren to serve as Assistant to the President and Special Advisor to the Secretary of the Treasury on the Consumer Financial Protection Bureau (CFPB). In July, the President signed the Wall Street Reform and Consumer Protection Act, which enacts the strongest consumer financial protections ever and creates an independent Consumer Financial Protection Bureau. "The President asked me, and I enthusiastically agreed, to serve as an Assistant to the President and Special Advisor to the Secretary of the Treasury on the Consumer Financial Protection Bureau," said Warren. "He has also asked me to take on the job to get the new CFPB started—right now. The President and I are committed to the same vision on CFPB, and I am confident that I will have the tools I need to get the job done." Warren will play the lead role in setting up the Bureau and ensuring it is as effective as possible. Under the Act, the Treasury Department has the authority to get the consumer agency up and running, and Warren will serve as Special Advisor to the Secretary of Treasury to guide this effort. She will also serve as an Assistant to the President. “The Consumer Financial Protection Bureau will crack down on the abusive practices of unscrupulous mortgage lenders, reinforce the new credit card law we passed banning unfair rate hikes, and ensure that folks aren’t unwittingly caught by overdraft fees when they sign up for a checking account," said President Obama. "The Consumer Financial Protection Bureau will be a watchdog for the American consumer, charged with enforcing the toughest financial protections in history. I am very grateful that Elizabeth has agreed to serve in this important role of getting the Consumer Financial Bureau up and running and making it as effective as possible.” “Professor Warren has been a pioneer on the issues before the Consumer Financial Protection Bureau, and she will now help lead the effort to stand up the agency," said Treasury Secretary Timothy Geithner. "We are grateful for her willingness to serve and know she will be a tremendous asset to us all as we take on the task at hand.” Professor Elizabeth Warren has most recently served as the Leo Gottlieb Professor of Law at Harvard University. Warren was the Chief Adviser to the National Bankruptcy Review Commission, and she was appointed by Chief Justice Rehnquist as the first academic member of the Federal Judicial Education Committee. "President Obama understands the importance of leveling the playing field again for families and creating protections that work not just for the wealthy or connected, but for every American," said Warren. "The new consumer bureau is based on a pretty simple idea: people ought to be able to read their credit card and mortgage contracts and know the deal. They shouldn’t learn about an unfair rule or practice only when it bites them—way too late for them to do anything about it. The new law creates a chance to put a tough cop on the beat and provide real accountability and oversight of the consumer credit market. The time for hiding tricks and traps in the fine print is over. This new bureau is based on the simple idea that if the playing field is level and families can see what’s going on, they will have better tools to make better choices." Warren has served as a member of the Commission on Economic Inclusion established by the FDIC. She served as Vice-President of the American Law Institute, and she has been elected to membership in the American Academic of Arts and Sciences. Warren has written nine books, and more than a hundred scholarly articles dealing with credit and economic stress. Her latest two popular books, The Two-Income Trap and All Your Worth, were both on national best-seller lists. Warren has been a principal investigator on empirical studies funded by the National Science Foundation, the Ford Foundation, and more than a dozen other foundations. She has testified several times before House and the Senate committees on financial issues. Time Magazine has twice named her one of the Time 100 Most Influential People in the World, the Globe named her Bostonian of the Year, and the National Law Journal named her one of the Most Influential Lawyers of the Decade. She has been recognized for her work by several other publications and professional groups, including Forbes, GQ, and Smart Money.
Link copied
Published
Sep 17, 2010
Coming Up See All
Dec
08
Local Search 101 for Mortgage Brokerages
Webinar
2:00 PM ET
Dec
13
California Mortgage Holiday Party
Irvine, CA
Jan
12
New England Mortgage Expo
Uncasville, CT
Get the Daily
Advertisement
Advertisement
Analysis and Data
First American: Real House Prices Up Yet Again