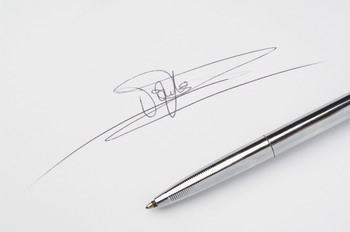 In what seems to be a sweeping trend across the nation, Connecticut Attorney General Richard Blumenthal has announced that his office is investigating defective foreclosure documents filed by GMAC Mortgage/Ally Financial Inc. in Connecticut and demanding the company freeze all foreclosures in the state. The deadline set by AG Blumenthal to provide the information is Friday, Oct. 15. “I am demanding a freeze in all GMAC/Ally foreclosure actions to forestall horrendous, illegal harm against homeowners,” Blumenthal said. “The GMAC/Ally foreclosure steamroller should be stopped so the company can be held accountable. My office has already confirmed that some defective documents were filed in Connecticut. The bank’s apparent failure to follow basic legal procedure—a potential fraud on the court—is appalling and unacceptable. Our investigation will enable strong legal action against GMAC/Ally, if warranted by the facts and the law. I will fight to assure that banks comply with clear legal requirements that protect homeowners from unfair foreclosures of their homes. Blumenthal is acting after a GMAC/Ally Financial employee recently admitted signing thousands of foreclosure affidavits a month without verifying their accuracy or having them properly notarized, as required by law. Blumenthal’s office has confirmed that the employee, Jeffery Stephan aka the "robo-signer," signed foreclosure affidavits filed in Connecticut. “My office will investigate whether other banks engaged in such practices because these failings involve much more than mere technicalities, as GMAC/Ally has claimed," said AG Blumenthal. "As a consumer advocate and attorney, I am dismayed and shocked that the bank blatantly skirted legal requirements and procedural safeguards to increase the volume and pace of foreclosures.” Failure to file proper affidavits can be a fraud on the court, potentially undermining foreclosures and underlying mortgages. “Recent media reports indicate that GMAC/Ally submitted thousands of defective foreclosures to courts in 23 states, including Connecticut," Blumenthal said. "Incredibly, GMAC/Ally allegedly appointed one person to review and sign thousands of foreclosure-related documents each month and provide affidavits to the courts attesting to the legal justification of the foreclosure actions. Although courts routinely rely on such affidavits, GMAC/Ally now admits that its affiant did not actually review the documents to ensure accuracy and did not sign them in the presence of a notary. Blumenthal has asked GMAC/Ally to: ►Provide case names and docket numbers of all Connecticut foreclosure cases in which defective affidavits were filed; ►Explain when and how it will inform defendants and the Connecticut Superior Court regarding the defective affidavits and documents, and whether it will withdraw the defective affidavits; ►Identify employees or contractors who reviewed and signed Connecticut foreclosure-related documents and describe their relationship to the bank; ►Outline steps to ensure the integrity of future affidavits and other documents submitted to the Connecticut Superior Court. "The banking industry clearly learned nothing from the financial crisis," said Blumenthal. "First, it cut corners and ignored the law to give consumers loans they knew could not be repaid. Now, it’s cutting corners and ignoring the law to foreclose and evict people from their homes.” For more information, visit http://www.ct.gov/ag.
Link copied
Published
Sep 27, 2010
Coming Up See All
Dec
08
Local Search 101 for Mortgage Brokerages
Webinar
2:00 PM ET
Dec
13
California Mortgage Holiday Party
Irvine, CA
Jan
12
New England Mortgage Expo
Uncasville, CT
Get the Daily
Advertisement
Advertisement
Industry News
Guild Mortgage Acquires Inlanta Mortgage