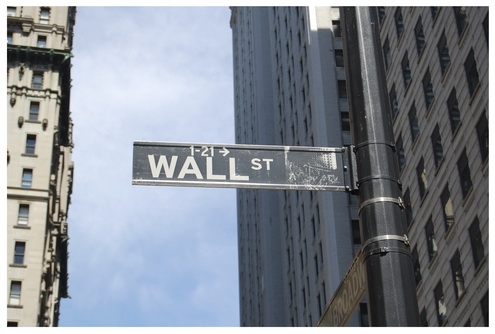 The Securities & Exchange Commission (SEC) has charged a pair of employees at Boston-based State Street Bank and Trust Company with misleading investors about their exposure to sub-prime investments. The SEC's Division of Enforcement claims that John P. Flannery and James D. Hopkins marketed State Street's Limited Duration Bond Fund as an "enhanced cash" investment strategy that was an alternative to a money market fund for certain types of investors. By 2007, however, the fund was almost entirely invested in sub-prime residential mortgage-backed securities (RMBS) and derivatives. Yet despite this exposure to sub-prime securities, the fund continued to be described as less risky than a typical money market fund and the extent of its concentration in subprime investments was not disclosed to investors. The SEC charged State Street in a related case earlier this year and the firm agreed to settle the charges by repaying fund investors more than $300 million. "Hopkins and Flannery misled State Street's investors about the risks and credit quality of a fund concentrated in subprime bonds and other subprime investments," said Robert Khuzami, director of the SEC's Division of Enforcement. "The SEC is committed to identifying and holding accountable those who violated the law and harmed investors through subprime investments." According to the SEC's order instituting administrative proceedings against Hopkins and Flannery, they played an instrumental role in drafting a series of misleading communications to investors beginning in July 2007. Flannery was a chief investment officer who no longer works at State Street. Hopkins was a product engineer at the time, and is currently State Street's head of product engineering for North America. According to the SEC's order, the misleading communications to investors related to the effect of the turmoil in the subprime market on the Limited Duration Bond Fund (established in 2002) and other State Street funds that invested in it. State Street provided certain investors with more complete information about the fund's subprime concentration and other problems with the fund. These better-notified investors included clients of State Street's internal advisory groups, which provided advisory services to some of the investors in the fund and the related funds. The SEC's Division of Enforcement alleges that State Street's internal advisory groups, one of which reported directly to Flannery, subsequently decided to recommend that all their clients redeem from the fund and the related funds. The pension plan of State Street's publicly-traded parent company (State Street Corporation) was one of those clients. At the direction of Flannery and State Street's Investment Committee, State Street sold the fund's most liquid holdings and used the cash it received from these sales to meet the redemption demands of better informed investors. This left the fund and its remaining investors with largely illiquid holdings. In the settlement with the firm announced jointly by the SEC and the offices of Massachusetts Secretary of State William F. Galvin and Massachusetts Attorney General Martha Coakley, State Street agreed to pay more than $300 million to investors who lost money during the sub-prime market meltdown in 2007. State Street distributed those funds to investors in February and March. State Street additionally paid nearly $350 million to investors to settle private lawsuits. When the SEC announced its settlement with State Street in February, it also announced that State Street had agreed—pursuant to a limited privilege waiver—to provide information to enable the SEC to assess the potential liability of individuals involved with State Street's investor communications about the fund. The SEC's case was investigated by Robert Baker, Cynthia Baran, Deena Bernstein, and John Kaleba. The SEC's litigation against Hopkins and Flannery will be led by Bernstein, Kathy Shields and Baker. For more information, visit www.sec.gov.
Link copied
Published
Sep 30, 2010
Coming Up See All
Oct
06
How to Use Credit as A Strategic Tool to Attract More Leads, Make Better Offers and Close More Loans
Webinar
2:00 PM ET
Oct
11
California Mortgage Expo – SF/Oakland
San Francisco, CA
Oct
13
Close More Loans for Self-Employed Borrowers
Webinar
2:00 PM ET
Get the Daily
Advertisement
Advertisement
Distributed Retail
PennyMac Financial Services Appoints New Chief Mortgage Innovation Officer