Just days after U.S. Department of Housing & Urban Development (HUD) Secretary Shaun Donovan presented Congress with its annual report on the financial status of the Federal Housing Administration (FHA), the George Washington University Center for Real Estate and Urban Analysis has announced a new, 2011 research project whereby the Center will release a series of reports analyzing the FHA. Entitled, “FHA Assessment Report: The Role and Reform of the Federal Housing Administration in a Recovering U. S. Housing Market,” the report series seeks to analyze and interpret FHA reforms underway to improve the agency’s performance. In 2010, Congress made several reforms to the FHA to better manage risk amid growing demand for FHA-insured mortgage loans. As the 112th Congress convenes in January, the reports will evaluate FHA residential mortgage activity and examine steps the agency is taking or may consider to ensure its long term viability, while fulfilling its goals of enabling low and moderate income home buyers to qualify for mortgage financing. The project will be undertaken by Dr. Robert Van Order Ph.D. at the George Washington University School of Business and chair of the Center for Real Estate and Urban Analysis, Vanessa Perry, associate professor of marketing and Anthony Yezer, professor of economics. “The FHA served a critically important role in the economic downturn to ensure that low downpayment lending continued, but, as in past cycles, there is concern that current policies may push the FHA toward instability,” said Dr. Van Order. “Steps have been taken to manage risk, but there are many components of the system and no one part should become overextended. Our research project will take a close look at some of the tough questions: Should FHA’s loan limits remain at pre-housing crash levels? How should FHA limit risk to the fund? What products should FHA insure? What types of borrowers should FHA serve?” Secretary Donovan recently presented Congress with its annual report on the financial status of the FHA Mutual Mortgage Insurance Fund. The independent actuarial analysis contains projections of the capital reserve ratio of the FHA MMI Fund, which, in recent years, has been below the congressionally mandated two percent ratio. This year’s report found that the MMI fund ratio has changed minimally; at 0.50 percent today, down from the 0.53 percent in fiscal year 2009. The decline over last year is the result of a drop in performance of the Home Equity Conversion Mortgage (HECM) business (which has a negative ratio) that was largely offset by improvement in the single-family portfolio from 0.42 percent to 0.79 percent (before the transfer of 0.20 per cent to the HECM account). The following subject matter experts will be working on this project: ►Dr. Robert Van Order is a professor of finance and Oliver T. Carr Professor of Real Estate at the George Washington University. He was the chief economist of Freddie Mac from 1987 until 2002. In that capacity he pioneered the development of Freddie Mac's models of mortgage default, prepayment and pricing; approaches to risk, capital structure and capital requirements; mortgage market structure; and analysis of housing and the economy. Prior to joining Freddie Mac, Dr. Van Order served as director of the Housing Finance Analysis Division for HUD, serving as director of HUD's Housing Finance Analysis Division. ►Dr. Anthony Yezer is a professor of economics at George Washington University. Specializing in regional and urban economics, Dr. Yezer’s research interests include credit risk, fair lending, and real estate finance. He has been a fellow of the Homer Hoyt Advanced Studies Institute since 1991 and currently serves on the governing board of the Financial Services Research Program. Dr. Yezer’s professional publications have appeared in more than a dozen peer-reviewed journals, and he serves as principal editor for the American Real Estate and Urban Economics Association monograph series. He testified before Congress on issues related to credit market regulation and subprime mortgage lending. He served as the Federal Trade Commission’s expert witness on trade regulation under the Credit Practices Rule and its impact on consumer protection. ►Dr. Vanessa Perry is an associate professor of marketing at the George Washington University. Her areas of expertise are consumer behavior, marketing and public policy, marketing and society, consumer financial decisions and consumer credit. She has published a number of articles on advertising and the subprime mortgage crisis. She serves on the editorial Board of the Journal of Consumer Affairs and editorial board of the Journal of Public Policy and Marketing. She is editor of the Journal of Consumer Affairs' Special Issue on Aging Consumer. For more information, visit business.gwu.edu/creua.
Link copied
Coming Up See All
Jun
15
The Great Northwest Mortgage Expo – Portland
Portland, OR
Jun
22
Chicago Mortgage Originators Expo
Countryside, IL
Jul
06
Ultimate Mortgage Expo
New Orleans, LA
Get the Daily
Advertisement
Advertisement
Analysis and Data
Freddie Mac AIMI Remains Steady In Q1 2021 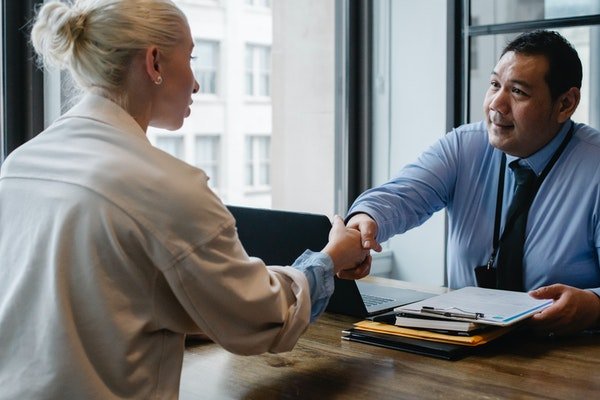