The Secondary Market Overview: From Bonds to Production ... The Confidence-Jobs-Housing Connection – NMP Skip to main content

The Secondary Market Overview: From Bonds to Production ... The Confidence-Jobs-Housing Connection 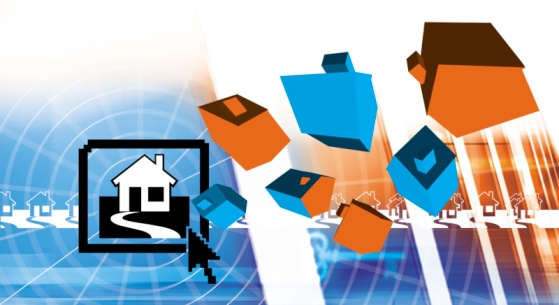 Want to know when the housing slump will end? Forget about measuring shadow inventory against the pace of sales … start measuring job creation. If the job market turned strong tomorrow, instead of four years to clear shadow inventory, it would take half that time. Of course, jobs will not return until housing gets stronger. The housing sector is a very important component of the labor force. Sound like a Catch-22 to you? It certainly is. Unemployment depresses housing and housing depresses employment. That is a vicious cycle. The question is … how can we move to a virtuous cycle in which both support each other? Here is where we insert the most important word: Confidence. Companies are currently flush with cash and they could hire if they felt the need. But companies will not hire unless they have the confidence that the consumer will be purchasing. Thus far, consumer spending has held up during the soft patch the economy has encountered this year, but businesses are worried about consumers retrenching. Take the President’s job package. Even before it was officially proposed, it was being assailed by conservatives as being another stimulus giveaway and by the media as being too small to make a difference. Here is an excerpt from an article in CNN/Money which appeared the day before the package was proposed: Economists say the package won't be enough to change the struggling economy's trajectory. "The kick to growth is going to be pretty small. It will add substantially less than one percent to GDP growth in 2012," said Nigel Gault, the chief U.S. economist at IHS Global Insight. “If we're talking about whether the package is big enough to start making a dent, it's probably going to fall short of that goal," said Gary Burtless, a labor economist at the Brookings Institution. These analyses fall short because they don’t address the importance of confidence. Americans need to be confident that their government is going to help. When Federal Reserve Board Chairman Ben Bernanke goes out and says, the Fed stands ready to help and Americans believe that there are more bullets left in the gun, it makes a big difference. Speaking of Bernanke, even he weighed in on the issue of confidence, according to The New York Times: Households have tightened up spending and are behaving in a way as if the economy was even worse than it actually is, say economists. Economic growth continues to fall short of expectations and Federal Reserve Chairman Ben Bernanke, speaking at a luncheon in Minneapolis, suggested that it may partially be because the public is depressed. Americans are facing high levels of unemployment, slow gains in wages for the employed, falling home prices, and debt burdens. However, “even taking into account the many financial pressures they face, households seem exceptionally cautious,” Bernanke said at the luncheon. So if the President’s “teensy, little” $400 billion jobs package does not do much, it does not matter. It matters whether it has the ability to lift confidence which will make a difference … all the difference in the world. I will tell you this … the prolonged haggling over the budget and other proposals by Congress and the President does not instill confidence. It makes matters worse. Solidarity and teamwork by our politicians sure would be a welcome sign. I am afraid that this teamwork would be harder to achieve than clearing out the shadow inventory. Overall, the economy is in a much better place than it was two years ago. Two years ago, we were losing hundreds of thousands of jobs. Now we are not creating enough jobs to replace the ones we lost, let alone fuel future growth. Consumers are spending, the service sector is expanding and exports are growing. It is housing and jobs which are lagging, which brings us back to confidence. We need leaders … leaders who will help lift up our economy. It is time we stop looking to Washington, D.C. to provide that confidence. We need to look at ourselves. Are you selling with confidence? Do you have the confidence that real estate is still the best investment anyone can make in the long run? Are you growing your company? We need every company in America to start hiring. Again, the big ones have the cash, but they are waiting for consumers. Instead, they need to be leading consumers. As soon as we lead the public forward, the vicious cycle breaks and the virtuous cycle begins. Are you tired of hearing about negatives and reacting negatively? We live in a great country in which there is opportunity to make your own fortune. We even have the opportunity to get rid of politicians without a revolution. It is time we remembered this. Dave Hershman is a leading author for the mortgage industry with eight books and several hundred articles to his credit. He is also a top industry speaker. If you would like to stay ahead of what is happening in the markets, visit www.ratelink.originationpro.com for a free trial. Dave’s OriginationPro Marketing System can be found at OriginationPro.com and he may be reached by e-mail at [email protected]
Link copied
Published
Dec 29, 2011
Coming Up See All
Dec
07
OriginatorTech
Virtual
•
11:00 AM ET
Dec
09
California Mortgage Expo – Irvine
Irvine, CA
Jan
13
Non-QM Summit
Uncasville, CT
Get the Daily
Advertisement
Advertisement
Industry News
Manufactured Housing: The New Affordable Alternative