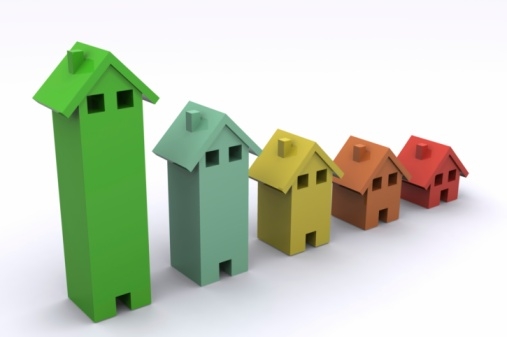 The U.S. Department of Housing & Urban Development (HUD) and the U.S. Department of the Treasury have released the December edition of the Obama Administration's Housing Scorecard. Data in the December Housing Scorecard show some subtle improvements in the market over the past year, but underscore fragility as the overall outlook remains mixed. For example, new and existing home sales rose compared to the prior month and remain higher than a year ago, and homes are more affordable than they have been since 1971. Median-income families today have nearly double the funds needed to cover the cost of the average home. However, home prices showed a slight dip from the prior month and remain below year ago levels. “As we compare today’s data to market data from last year—and certainly from the economic conditions when we took office in 2009—it’s clear that we’ve made important progress in recovering from this housing crisis," said HUD Assistant Secretary Raphael Bostic. "But with so many homeowners still struggling to pay their mortgages or move into more sustainable loans, we can not rest on our laurels. There is still a lot of work to do. That’s why the Obama Administration continues to push hard for effective implementation of our recovery programs to help more underwater borrowers and unemployed or underemployed homeowners stay in their homes whenever possible.” More than 5.5 million loan modification arrangements were started between April 2009 and the end of November 2011—including more than 1.7 million Home Affordable Modification Programs (HAMP) trial modification starts and more than 1.1 million Federal Housing Administration (FHA) loss mitigation and early delinquency interventions. Nearly 910,000 homeowners have received a HAMP permanent modification to date, saving an estimated $9.9 billion in monthly mortgage payments. The Administration’s programs continue to encourage improved standards and processes in the industry, with HOPE NOW lenders offering families and individuals more than 2.6 million proprietary mortgage modifications through November. Eligible homeowners entering HAMP have a high likelihood of earning a permanent modification and realizing long-term success. Eighty-three percent of eligible homeowners entering HAMP since June 1, 2010 received a permanent modification, with an average trial period of 3.5 months. The Office of the Comptroller of the Currency (OCC)’s Mortgage Metrics Report for the Third Quarter of 2011 found that HAMP continues to prove more sustainable for homeowners than industry modifications, as a result of HAMP’s emphasis on affordability relative to a homeowner’s income and successful completion of a trial payment period. "The Administration’s programs have set standards that have benefitted millions of families across the country and helped them avoid foreclosure," said Treasury Assistant Secretary for Financial Stability Tim Massad. “We remain committed to helping as many families as we can while the housing market continues to recover.”
Link copied
Published
Jan 10, 2012
Coming Up See All
Dec
09
California Mortgage Expo – Irvine
Irvine, CA
Jan
13
Non-QM Summit
Uncasville, CT
Jan
14
New England Mortgage Expo
Uncasville, CT
Get the Daily
Advertisement
Advertisement
Industry News
loanDepot And mellohome's 'Grand Slam' Experience Builds Momentum