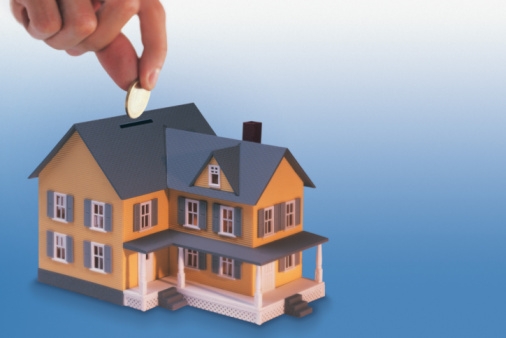 Lender Processing Services Inc. (LPS) has announced that its LPS Applied Analytics division updated its home price index (LPS HPI) with residential sales concluded during October 2011. The LPS HPI summarizes home price trends nationwide by tracking sales each month in more than 13,500 ZIP codes. Within each ZIP code, the LPS HPI tracks five price levels from low to high. “While Michigan continues to show notable improvements in home prices, with significant price increases each month this year, Georgia is emerging as the region with the greatest difficulty recovering from the home-price meltdown,” said Kyle Lundstedt, managing director for LPS Applied Analytics. The LPS HPI national average home price for transactions during October 2011 was $200,000—a decline of 0.8 percent during the month relative to September, reaching a price level not seen since October of 2002. This is the fifth consecutive month of decreases in prices. The partial data available for November suggests more moderation of price declines to approximately 0.5 percent. LPS reported partial data from October transactions in its December report, which proved a reasonable indicator for October's performance: It showed a preliminary 1.1 percent estimated decline, compared to the 0.8 percent for the full month’s data. LPS HPI average national home prices continue the downward trend begun after the market peak in June 2006, when the total value of U.S. housing inventory covered by the LPS HPI stood at $10.6 trillion. Since that peak, the value has declined 30.1 percent to $7.5 trillion. During the period of most rapid price declines, from June 2007 through December 2008, the LPS HPI national average home price dropped $56,000 from $282,000, which corresponds to an average annual decline of 13.8 percent. Since December 2008, prices have fallen more slowly, interrupted by brief seasonal intervals of rising prices. During this period of more slowly declining prices, the national average price has fallen approximately $26,000 from $226,000. The October national average price is down 2.7 percent from the average price at the beginning of the year. Home prices in October were consistent with the seasonal pattern that has been occurring since 2009. Each year, prices have risen in the spring, but have reverted in autumn to a downward trend that has not only erased the gains, but has led to an average 4.2 percent annual drop in prices to date. The national average home price has declined 4.8 percent over the most recent year to October 2011. Price changes were largely consistent across the country during October, increasing in six percent of the ZIP codes in the LPS HPI. Higher-priced homes had somewhat smaller declines: 0.8 percent for the top 20 percent of homes (prices above $314,000), compared to 0.9 percent for the bottom 20 percent (below $101,000). The highest-priced homes, representing the top 1 percent (prices above $844,000), declined 0.7 percent. As for ZIP code prices, changes during October were largely consistent among metropolitan statistical areas (MSAs). Of the 409 MSAs the LPS HPI covers, average prices for all of the MSAs (352) in 43 states declined. In addition, while averages prices did not decline for all MSAs in the remaining states, 403 MSAs out of the total 409 saw prices fall. The six MSAs with average price increases were all in Arizona, Florida and Michigan. Phoenix was the best-performing MSA, and the other five MSAs with increases were in Florida and Michigan: Miami; Sturgis, Mich.; Muskegon, Mich.; Fort Lauderdale; Detroit and Big Rapids, Mich. Miami increased by 0.2 percent and the rest of the listed Florida and Michigan MSAs increased by 0.1 percent. In particular, average prices during October declined in 24 of the 26 large MSAs that both the LPS HPI and Bureau of Labor Statistics economic data cover. Compared to the beginning of the year, average home price changes in the largest 26 MSAs split nearly two to one between declines and increases, with eight of the MSAs having price increases. The largest declines have been in Atlanta (-21.8 percent) and on the West Coast: At the end of October average home prices in Los Angeles, San Francisco and Seattle were all 5.1 percent below their January 2011 levels. The largest increases during October occurred in Detroit (9.6 percent) and Pittsburgh (2.2 percent). Over the past year, however, only three of the largest MSAs—Detroit, Pittsburgh and Miami—have seen average home prices increase (7.0, 1.1 and 0.1 percent, respectively). Pittsburgh is the only MSA that, with seasonal variations, has seen its average price rise continuously since January 2005. Its most recent seasonal peak price occurred in June 2011. As of the end of October, four MSAs have average home prices below what they were at the end of January 2000; Detroit, Atlanta, Cleveland, and Phoenix (-42.4, -30.2, -9.2, and -7.8 percent, respectively). During October, prices increased for 6 percent of the price-location pairs in the LPS HPI. The five MSAs with the greatest declines in October were all in Georgia. Columbus, Macon, Gainesville and Augusta (in addition to Atlanta) declined more than 2.5 percent. The remaining worst-performing MSAs were primarily in California, Nevada and Connecticut. October marks Connecticut’s first appearance among the worst-performing MSAs in 2011; Norwich-New London and Bridgeport declined by 1.6 and 1.4 percent, respectively.
Link copied
Published
Jan 11, 2012
Coming Up See All
Dec
01
How to Qualify Foreign National Borrowers with Acra Lending's Investor Cash-Flow Program
Webinar
1:00 PM ET
Dec
02
Certified Military Home Specialist Course - Basic Training
Webinar
11:00 AM PT / 2:00 PM ET
Dec
07
OriginatorTech
Virtual
•
11:00 AM ET
Get the Daily
Advertisement
Advertisement
Analysis and Data
Forbearance Exits Mount, But Foreclosure Activity Remains Muted