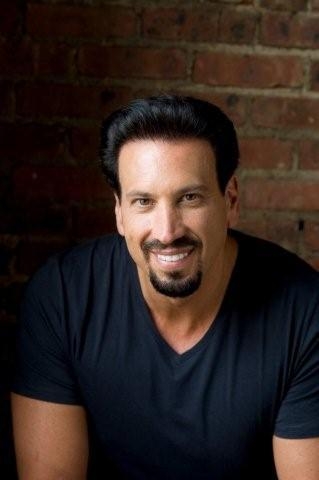 As the mortgage industry and the federal government struggle to find ways to stem foreclosures, Barry Habib, VP and chief market strategist for Residential Finance Corporation (RFC), has submitted his proposal to prevent foreclosures and strategic defaults. The proposed plan also enables homeowners to quickly rebuild equity in their homes with a monthly housing expense lower than renting. Under the proposed Homeowners Equity and Liquidity Pathway (HELP) for Housing plan, homeowners build equity in their homes after just two years without a government bailout while contributing up to $450 billion in economic stimulus to the U.S. economy over five years. Key elements of the Homeowners Equity and Liquidity Pathway (HELP) for Housing plan include: ►Eligible for borrowers who are current but trapped in their mortgage by not being able to refinance their mortgage or sell their home. ►Existing mortgage would be divided into two parts: a first mortgage—representing 80 percent of the current value of the home—on a 20-year fixed payment, which takes advantage of the historically low market rates, and a second mortgage on the remaining balance, to be securitized and held on the Federal Reserve balance sheet, much like QE1, QE2 and Operation Twist. ►Borrower is not be obligated to make monthly payments on the second mortgage; however, interest accrues and is payable upon the sale of the home. ►Significantly lower monthly mortgage payments—resulting in a less expensive alternative to renting a similar home. ►Borrower rebuilds equity within two years. ►Borrower cannot sell the home for three years after entering the program. ►Zero to minimal contribution from the federal government. While there are many loan programs and ideas that address the foreclosure problem, this proposal actually addresses borrowers’ current situation and underlying issues contributing to strategic defaults. For instance, with some programs, even if the borrower does refinance, he or she will end up paying more than they would for rent and still not be able to gain equity in their home. By building equity, HELP for Housing allows borrowers to see a light at the end of a tunnel of being upside down or loan trapped. The program shows them how they can create wealth in their home again by giving them “skin in the game” or a reason to continue to pay their mortgage as well as room to rebound financially. “This program would enable an average homeowner to save about $590 a month on their mortgage payment, which they would likely spend—creating enormous economic stimulus—save, or use to pay down their mortgage,” Habib said. “The bottom line is that homeowners will have a mortgage payment they can afford and once again build equity in their home while also having significant extra cash per month. This is not a bailout; there is no moral hazard; and the government benefits from significant economic stimulus without having to pay for it.” Homeowners would be required to pay back all of the loan(s) upon the sale of their home, which they would not be able to sell for three years, as a condition of the proposed program. As for the benefit to government, Habib said in addition to getting the economic stimulus, banks are less likely to need bailouts because they will not be required to write down a portion of the existing loan, as is the case with other plans. “The mortgage industry must get creative with the way we approach foreclosures because we know exactly what plans will help homeowners; we also know how the government can participate without bailouts and without costing taxpayers money,” said Habib. Homeowners would have to qualify for the proposed program, which is explained in detail in the new whitepaper, “HELP for Housing.” To enter the program, they would need to have paid their bills on time and incur no late mortgage payments for the last 12 months. Conceivably, the plan could affect 10 million homeowners who would each be able to pour $7,080 annually back into the economy, or $450 billion during the next five years. The proposal has been submitted for consideration to the Mortgage Bankers Association (MBA), National Association of Realtors (NAR), the Consumer Financial Protection Bureau (CFPB), the House Financial Services Committee (HFSC), the U.S. Department of Housing & Urban Development (HUD) and several congressmen.
Link copied
Published
Feb 23, 2012
Coming Up See All
Dec
01
How to Qualify Foreign National Borrowers with Acra Lending's Investor Cash-Flow Program
Webinar
1:00 PM ET
Dec
02
Certified Military Home Specialist Course - Basic Training
Webinar
11:00 AM PT / 2:00 PM ET
Dec
07
OriginatorTech
Virtual
•
11:00 AM ET
Get the Daily
Advertisement
Advertisement
Analysis and Data
Forbearance Exits Mount, But Foreclosure Activity Remains Muted