Credit Repair Partnerships Still a Threat to Your Mortgage Business 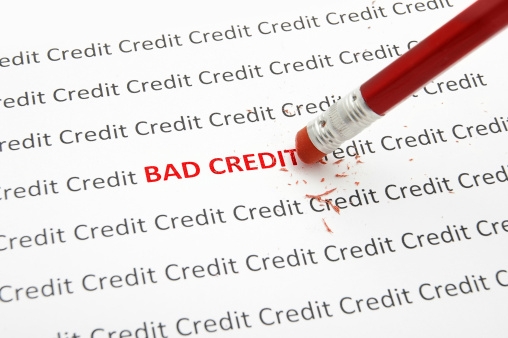 In the spring of 2010, I wrote a column warning mortgage originators that associating with credit repair firms could jeopardize their career. Well, it’s been almost two years since that was written, and I am saddened to feel the need to revisit this issue as the treat is still out there despite increased legal action to stop it. In the past few months, the Attorneys General (AGs) from Colorado, Arkansas and Indiana have all either filed suits or have settled suits against credit repair firms. These state AGs join the Federal Trade Commission (FTC) and AGs in Massachusetts, Illinois, Pennsylvania, California, North Carolina and West Virginia who have taken action against credit repair firms in recent years for a variety of actions claimed to be illegal under various state and federal laws. The most recent case on Nov. 15, 2011 settled by Colorado AG John Suthers against Veracity Credit Consultants LLC, a Denver-based company, bars the company from charging upfront fees in exchange for credit repair services as well as misleading consumers about their abilities to cleanse consumers’ credit reports. Under the terms of the agreement, Veracity Credit Consultants must pay the state $400,000 in restitution, costs and fees. Veracity, according to the complaint, required that consumers pay an initial setup fee of up to $99 and monthly fees of up to $79. Under both federal (Credit Repair Organization Act–CROA) and Colorado law, a credit repair firm can only charge fees once its services are complete. According to the Web site of Veracity as of Jan. 1, 2012, they are still charging the same fees that got them sued. Many credit repair firms play semantics with the law and claim that they are not “credit repair,” but “credit consultants” or some other name to try to avoid these laws. However, regardless of what a company claims they are, the actions of their business will determine what they are in the eyes of the courts, should they be brought to one based on the complaints of an aggravated consumer. In Arkansas, the AG’s office sued a Texas firm that purports to repair a consumer’s damaged credit history, claiming its services are ineffective and an advance fee it charges is prohibited by Federal law. Any time a firm wants to charge an upfront fee for a credit consulting or repair service, warning flags should be flying high. This suit, filed in U.S. District Court in Little Rock against TRW Ventures LLC (who also operates under four company names according to the complaint), seeks to bar the firm from engaging in the practices alleged in the complaint. It also seeks restitution for affected consumers and the imposition of civil penalties and attorneys’ fees. The suit says the company claims to be able to remove all negative information from a customer’s credit report, even that which is accurate and not obsolete. This is another major warning flag for illegal activity under CROA. “Many consumers with bad credit see offers of this kind as their last hope to improve their financial situation … unfortunately; TRW readily takes the money, but offers no real benefit, despite the sales pitch,” said Arkansas AG Dustin McDaniel. And then, hitting closer to the mortgage marketplace, the Indiana AG filed suit against two credit repair and foreclosure consultant companies. Indiana AG Greg Zoeller brought suit against Florida-based Marucci Law Firm and Illinois-based E.A.C. Financial, claiming they were illegally operating in Indiana when each company entered into contracts with two local individuals, according to the filing. "Hoosier homeowners facing foreclosure or financial insecurity are often targets for out-of-state organizations looking to make a profit off of their misfortunes," AG Zoeller said. "This activity not only preys upon some of our most vulnerable citizens, but often places them in further financial distress. The fact that a law firm is involved is all the more disappointing to me." And don’t forget the treat written about back in 2010, that your ability to access credit information for your mortgage business can be lost due to association with credit repair companies. The national repositories each keep an independent list of companies not to sell credit reports to, based on violations of their policies. One of those policies they strictly enforce is the ban on partnerships with credit repair firms. So the bottom line to all this … be very careful when it comes to credit repair companies soliciting referrals of your consumers. You don’t want to find your name listed in one of these AG’s press releases or your company cut off from access to credit reports vital to your mortgage originations. Terry W. Clemans is executive director of the National Credit Reporting Association Inc. (NCRA). He may be reached at (630) 539-1525 or e-mail [email protected]
Link copied
Published
Mar 19, 2012
Coming Up See All
Dec
01
How to Qualify Foreign National Borrowers with Acra Lending's Investor Cash-Flow Program
Webinar
1:00 PM ET
Dec
02
Certified Military Home Specialist Course - Basic Training
Webinar
11:00 AM PT / 2:00 PM ET
Dec
07
OriginatorTech
Virtual
•
11:00 AM ET
Get the Daily
Advertisement
Advertisement
Analysis and Data
Forbearance Exits Mount, But Foreclosure Activity Remains Muted