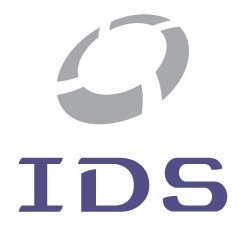 According to statistics compiled by International Document Services (IDS), a mortgage document preparation vendor, found that 2011 was the company’s biggest year to date for initial disclosure documents. Since regulations dealing with initial disclosures were at the forefront of industry compliance challenges in 2011, IDS experienced a corresponding jump in its initial disclosure volume—an 80 percent increase as compared to 2010. There also was a 42 percent increase in new and existing clients using IDS for initial disclosures. In addition, the number of initials ordered or requested grew 24 percent in 2011, compared to 15 percent growth during 2010. In summary, five out of 20 document requests sent to IDS in 2011 were for initial disclosures. “IDS has experienced tremendous growth in document package volume over the past few years, but 2011 was the first year that we saw a dramatic upsurge in a specific document area,” said IDS Executive Vice President Mark Mackey. “I attribute the marked increase in initial disclosure volume and interest to continuing lender frustrations regarding compliance. Simply put, lenders are struggling to bear this particular regulatory burden and turn to providers like IDS to lighten the load.” A recent survey of IDS customers found that lenders were overwhelmingly concerned about initial disclosure compliance. Customers that did not use IDS for their initial disclosures reported major setbacks in this area, including lack of state-level compliance and delays in system updates of regulatory changes. “The compliance stakes for lenders have never been higher, and our instincts said initial disclosures were going to be a big concern in 2011,” Mackey said. “Therefore, we spent an exceptional amount of time refining the idsDoc system to ensure maximum compliance, as well as ease of use. It’s what our customers expect and, quite frankly, what the livelihood of their businesses rely upon for survival in the current regulatory climate.”
Link copied
Published
Mar 09, 2012
Coming Up See All
Dec
07
OriginatorTech
Virtual
•
11:00 AM ET
Dec
09
California Mortgage Expo – Irvine
Irvine, CA
Jan
13
Non-QM Summit
Uncasville, CT
Get the Daily
Advertisement
Advertisement
Industry News
Manufactured Housing: The New Affordable Alternative