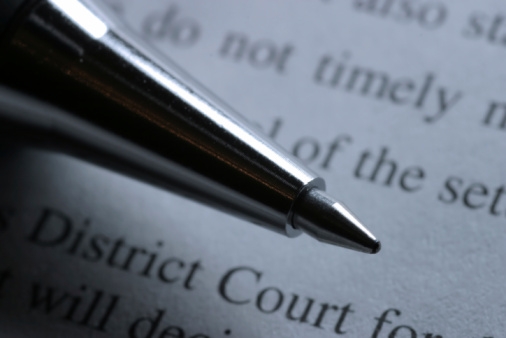 Michigan Attorney General Bill Schuette has announced that he has issued a second criminal investigative subpoena against national mortgage servicing support provider DocX LLC as his office continues to investigate questionable mortgage documentation filed with Michigan's Register of Deeds offices during the current foreclosure crisis.  "We are moving forward with our investigative efforts to find answers on behalf of Michigan homeowners," said Schuette. The Attorney General is empowered to pursue criminal investigative subpoenas under the Code of Criminal Procedure (MCL 767A.2(2)). Schuette's office has requested documents and information regarding DocX operations in relation to foreclosure and/or bankruptcy-related document processing. The subpoena was approved by the 54B District Court in Ingham County, and the information must be provided to the Attorney General's Office on or before April 4, 2012. This is the second criminal subpoena filed during the course of Schuette's investigation. Schuette previously filed a criminal subpoena against DocX on June 12, 2011. In April of 2011, Schuette launched an investigation after county officials across the state reported that they suspected Assignment of Mortgage documents filed in their offices may have been forged. A "60 Minutes" news broadcast had shown that the name "Linda Green" was signed to thousands of mortgage-related documents nationwide, but with many different variations in handwriting. County officials in Michigan reviewed their files and found similar documents, thus raising questions about the authenticity of the documents filed. Schuette's criminal investigation is independent of the recently announced multi-state nationwide settlement with five of the nation's largest banks/mortgage servicers in response to allegations of faulty foreclosure processes and poor servicing of mortgages that harmed Michigan homeowners. Michigan residents will receive approximately a half-billion dollars in benefits, including a $97 million fund provided directly to the state of Michigan. With these funds, Schuette has called for the creation of the Michigan Homeowner Protection Fund to direct the monies towards six initiatives to ensure Michigan families, children and veterans affected by the foreclosure crisis receive the maximum benefit from the settlement funds. The initiatives include: Foreclosure counseling, restitution for certain victims of foreclosure rescue scams, payments to borrowers who suffered foreclosure, veteran's assistance, aid for children made homeless by foreclosure and expansion of mortgage fraud prosecutions through an expanded Homeowner Protection Unit within the Department of Attorney General. Schuette noted that he looks forward to working with the Michigan legislature to secure the necessary appropriations for the Homeowner Protection Fund once settlement is finalized.
Link copied
Published
Mar 13, 2012
Coming Up See All
Dec
07
OriginatorTech
Virtual
•
11:00 AM ET
Dec
09
California Mortgage Expo – Irvine
Irvine, CA
Jan
13
Non-QM Summit
Uncasville, CT
Get the Daily
Advertisement
Advertisement
Analysis and Data
Property Insurance Costs Poised to Rise from Climate Events — And Not Only On The Coasts