Case-Shiller Indexes Down for the Sixth Consecutive Month 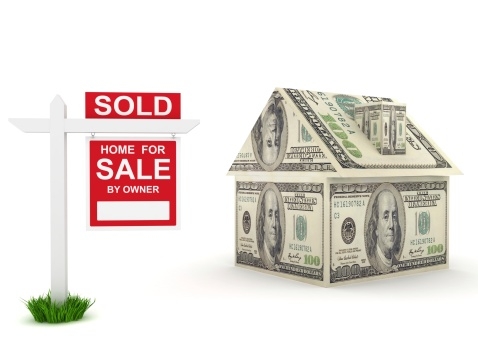 Data released by S&P Indices for its S&P/Case-Shiller Home Price Indices through February 2012 shows annual declines of 3.6 percent and 3.5 percent for the 10- and 20-City Composites, respectively. This is an improvement over the annual rates posted for the month of January, -4.1 percent and -3.9 percent , respectively. In addition to the two Composites, 15 of the 20 MSAs posted better annual returns in February compared to January; Atlanta, Chicago, Cleveland and Detroit fared worse in February and Washington, D.C.’s rate remained unchanged. Nine MSAs and both Composites posted new cycle lows as of February 2012. Atlanta had the only double-digit negative annual at -17.3 percent. This was the fifth consecutive month of double-digit negative returns for Atlanta and the lowest annual return in its 20-year history. Five of the 20 MSAs saw positive annual returns—Denver, Colo.; Detroit, Mich.; Miami, Fla.; Minneapolis, Minn.; and Phoenix, Ariz. Phoenix, which is one of the cities that fared the worst during the crisis, has now posted two consecutive months of positive annual returns and five consecutive positive monthly returns. However, it is still down 54.2 percent from its peak. The chart above depicts the annual returns of the 10-City and the 20-City Composite Home Price Indices. In February 2012, both Composites fell by 0.8 percent over the month, resulting in annual returns of -3.6 percent and -3.5 percent, respectively. “While there might be pieces of good news in this report, such as some improvement in many annual rates of return, February 2012 data confirm that, broadly-speaking, home prices continued to decline in the early months of the year,” said David M. Blitzer, chairman of the Index Committee at S&P Indices. “Nine MSAs—Atlanta, Charlotte, Chicago, Cleveland, Las Vegas, New York, Portland, Seattle and Tampa—and both Composites hit new post-crisis lows. Atlanta continued its downward spiral, posting its lowest annual rate of decline in the 20-year history of the index at -17.3 percent. The 10-City Composite declined 3.6 percent and the 20-City was down 3.5 percent compared to February 2011." The chart above shows the index levels for the 10-City and 20-City Composite Indices. As of February 2012, average home prices across the U.S. are back to the levels where they were in late 2002 for the 20-City Composite and to early 2003 levels for the 10-City Composite. Measured from their June/July 2006 peaks through February 2012, the decline for both Composite is approximately 35 percent. February’s levels are new lows for both Composites in the current housing cycle. In February 2012, Miami, Phoenix, San Diego were the only MSAs to record positive monthly returns of +0.6 percent, +1.2 percent and +0.2 percent, respectively; Dallas was flat. In terms of both annual and monthly returns, Phoenix stood out as possibly turning around, with a +3.3 percent annual rate of change and a monthly return of +1.2 percent. Alternately, Atlanta fared poorly with a historically low -17.3 percent annual return and a 2.5 percent monthly decline. Nine MSAs—Atlanta, Charlotte, Chicago, Cleveland, Las Vegas, New York, Portland, Seattle and Tampa—and both Composites posted new index lows in February 2012. These were the same cities that posted index lows last month. Atlanta, Cleveland, Detroit and Las Vegas continue to have average home prices below their January 2000 levels.
Link copied
Published
Apr 24, 2012
Coming Up See All
Dec
01
How to Qualify Foreign National Borrowers with Acra Lending’s Investor Cash-Flow Program
Webinar
1:00 PM ET
Dec
02
Certified Military Home Specialist Course - Basic Training
Webinar
11:00 AM PT / 2:00 PM ET
Dec
07
OriginatorTech
Virtual
•
11:00 AM ET
Get the Daily
Advertisement
Advertisement
Analysis and Data
Pending Home Sales Rise In October After September Dip