The Calm Before the Storm – NMP Skip to main content

The Calm Before the Storm 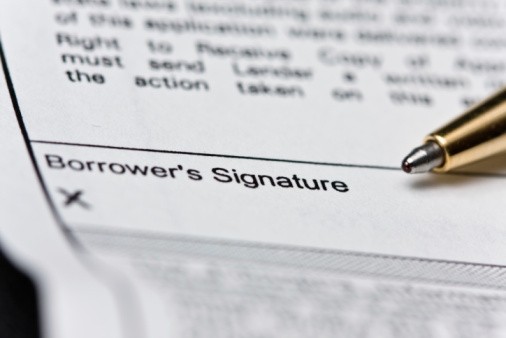 The Dodd-Frank Wall Street Reform and Consumer Protection Act (the Act) was signed into law on July 21, 2010. More than 800 pages long, the Act requires a rule-making process that could take as long as five years and could result in as many as 250 rules from 20 different regulatory agencies. Mortgage lending professionals are especially interested in the progress being made on implementing the requirements of Title IX, which addresses credit risk retention for asset-backed securities; Title X, which establishes the Consumer Financial Protection Bureau (CFPB); and Title XIV, the Mortgage Reform and Anti-Predatory Lending Act. Although some of the Dodd-Frank Act requirements have been implemented in the almost two years since the Act was signed, the most significant impact is likely to be felt in the next 18 months. By July 21, 2012, the CFPB is required to propose rules and model disclosures that combine the disclosures required under the Truth-in-Lending Act (TILA) and Sections IV and V of the Real Estate Settlement Procedures Act (RESPA) into a single, integrated disclosure. Consumers and the industry (including the members of DocMagic’s Compliance Department) have been actively involved in reviewing prototype disclosures through the CFPB’s “Know Before You Owe” project, which put draft disclosures online to obtain public input. The CFPB has also conducted consumer testing and is currently engaged in a Small Business Regulatory Enforcement Fairness Act (SBREFA) panel process, which will examine the impact of the proposed disclosure changes on small businesses. The prototype disclosures and the SBREFA documents suggest that the proposed rule and model disclosures will be a significant departure from the current TILA and RESPA disclosures. In addition to the requirement to combine the current TILA and RESPA disclosures, Title XIV of the Act amends TILA and RESPA to require new disclosures that must be provided in the Loan Estimate or Settlement disclosures. Title XIV also adds other new disclosure requirements that aren’t specifically included in the Loan Estimate or Settlement Disclosures. Title XIV provides that these regulations or amendments to the consumer law must be final by Jan. 21, 2013, with an effective date not later than Jan. 21, 2014. Although the CFPB has stated a belief that final regulations implementing these Title XIV disclosures simultaneously with the final TILA-RESPA rule would improve the overall effectiveness of the disclosures, it may not be possible to issue a final TILA-RESPA rule by Jan. 21, 2013. Accordingly, the CFPB is considering a proposal to use its authority to exempt lenders from the Title XIV disclosure requirements temporarily until the TILA-RESPA disclosure rule takes effect. Until the TILA-RESPA rule is proposed, though, the industry cannot know exactly what to be prepared for, and what the effective date is likely to be. Until final regulations are implemented, during this calm before the storm, those persons in operations, compliance and risk management can prepare for what might be, based on what we all know today. For example, the business of planning systems and policy updates may begin now. In addition, for those with proprietary systems, new data points that may need to be collected to complete the TILA-RESPA disclosures based on previously published prototypes could be identified. Whatever preparations you can start today will better protect you from the storm of regulations that lie ahead. Laurie Spira is chief compliance officer with Torrance, Calif.-based DocMagic Inc. She may be reached by phone at (800) 649-1362, ext. 6446 or e-mail [email protected]
Link copied
Published
May 03, 2012
Coming Up See All
Dec
01
How to Qualify Foreign National Borrowers with Acra Lending's Investor Cash-Flow Program
Webinar
1:00 PM ET
Dec
02
Certified Military Home Specialist Course - Basic Training
Webinar
11:00 AM PT / 2:00 PM ET
Dec
07
OriginatorTech
Virtual
•
11:00 AM ET
Get the Daily
Advertisement
Advertisement
Analysis and Data
Forbearance Exits Mount, But Foreclosure Activity Remains Muted