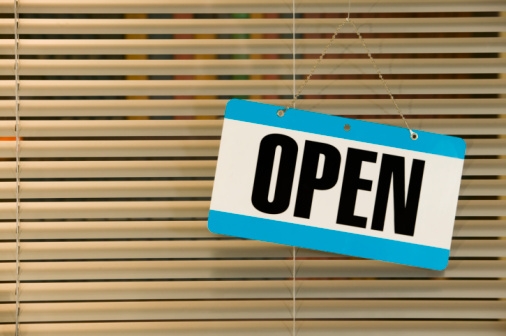 September was another month of low expectations and pessimism for the small-business community, with the NFIB Small Business Optimism Index losing 0.1 points and falling to 92.8. The recession-level reading was pulled down by a deterioration in labor market indicators, with job creation plans plunging six points, job openings falling one point and more firms reporting decreases in employment than those reporting increases in employment. Since the commencement of NFIB’s monthly surveys in 1986, the Index has been below 93.0 a total of 56 times; 32 of which have occurred since the recovery began in June 2009. “The election is just weeks away and essentially a horse-race, and its outcomes would have vastly divergent policy implications,” said NFIB chief economist William Dunkelberg. “Everyone is waiting to see what happens, especially small-business owners who have a lot at stake in the outcome—which could mean higher marginal tax rates and more deficits, or lower marginal tax rates and less government. Small-business owners are reporting that the political climate is a reason not to expand—second only to the economy, which is only keeping up with population growth. And so, in the meantime, owners are in maintenance mode; spending only where necessary and not hiring, expanding or ordering more inventories until the future becomes more ‘certain.’” The outlook for expansion did improve slightly; those who view the current period as a “good time to expand” gained three points, and the number of owners expecting business conditions to be better in six months gained four points, landing at a net two percent. While the readings are improved, they are still below historical averages. There was almost no news for credit markets, where most owners reported no interest in a loan. Only eight percent complained that they didn’t get all the credit they wanted. Two percent say credit is their top business problem compared to 21 percent each citing taxes, regulations and red tape, and poor sales. Sales and profit trends were negative with little sign of improvement in the third quarter. Some other highlights of September’s Optimism Index include: ►Capital expenditures: Small-business owners are still in “maintenance mode,” with the frequency of reported capital outlays over the past six months falling four points to 51 percent. Of those making expenditures, 34 percent reported spending on new equipment (down seven points from the previous month), 16 percent acquired vehicles (down five points), and 14 percent improved or expanded facilities (unchanged). Four percent of owners acquired new buildings or land for expansion (down two points) and 12 percent spent money for new fixtures and furniture (unchanged). Overall, there was a substantial reduction in capital spending activity. The percent of owners planning capital outlays in the next three to six months fell three points to 21 percent. While the number of owners who characterized the current period as a good time to expand facilities went up three points (seasonally adjusted) to seven percent, this is only half of the 14 percent of owners who said the same in September 2007. The net percent of owners expecting better business conditions in six months rose four points to two percent after posting a six point improvement last month, albeit still registering a pessimistic collective view. Not seasonally adjusted, 15 percent expect an improvement in business conditions (up one point), and 20 percent expect deterioration (down four points). A net one percent of all owners expect improved real sales volumes. ►Sales: Weak sales continue to be an albatross for the small-business community. The net percent of all owners (seasonally adjusted) reporting higher nominal sales over the past three months was unchanged at a negative 13 percent, cementing the 17 point decline since April and affirming weak GDP growth for the second quarter. Twenty-one percent still cite weak sales as their top business problem—historically high, but down from the record 34 percent reached in March 2010. Seasonally unadjusted, 23 percent of all owners reported higher sales (last three months compared to prior three months, down one point) and 30 percent reported lower sales (up one point). Consumer spending remains weak and high energy costs continue to “tax” consumer disposable income. The net percent of owners expecting higher real sales was unchanged at one percent of all owners (seasonally adjusted), down 11 points from the year high of net 12 percent in February. The weak reading is unlikely to trigger orders for new inventory or business expansion. Not seasonally adjusted, 24 percent expect improvement over the next three months (down four points) and 31 percent expect declines (up three points). ►Job creation: Job creation plans showed that small-business owners created fewer jobs in September than in the two previous months. Not seasonally adjusted, 10 percent plan to increase employment at their firm (down three points), and 11 percent plan reductions (up two points). Seasonally adjusted, the net percent of owners planning to create new jobs fell six points to four percent, a historically weak reading, especially in a recovery. Essentially, hiring is keeping up with population growth, but not exceeding it. Seasonally adjusted, 10 percent of the owners reported adding an average of 2.2 workers per firm over the past few months, and 13 percent reduced employment an average of three workers. The remaining 77 percent of owners made no net change in employment. Fifty-one percent of the owners hired or tried to hire in the last three months and 41 percent (80 percent of those trying to hire or hiring) reported few or no qualified applicants for open positions. The percent of owners reporting hard to fill job openings fell one point to 17 percent of all owners. The only region of the country that saw any positive job growth was the West North Central states, largely because of energy production.
Link copied
Published
Oct 09, 2012
Coming Up See All
Dec
09
California Mortgage Expo – Irvine
Irvine, CA
Jan
13
Non-QM Summit
Uncasville, CT
Jan
14
New England Mortgage Expo
Uncasville, CT
Get the Daily
Advertisement
Advertisement
Industry News
loanDepot And mellohome's 'Grand Slam' Experience Builds Momentum