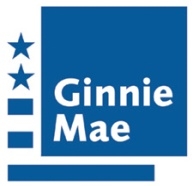 Ginnie Mae has reported Fiscal (FY) 2012 revenues of $1.246 billion, up from $1.064 billion in 2011. Net income reached $609.6 million in FY 2012, down from FY 2011 net income of $1.184 billion. Retained earnings continue to grow, rising to $16.4 billion from $15.7 billion. Ginnie Mae guaranteed $388 billion in mortgage-backed securities (MBS) in FY 2012 and $110 billion are multiclass securities. The corporation has an outstanding MBS balance of $1.34 trillion. “Ginnie Mae has once again had a successful year, generating a profit for the U.S. Government for more than 20 consecutive years, clearly proving that our business model and securitization platform work effectively for American taxpayers,” said Ginnie Mae President Ted Tozer. “Our lower net income in FY 2012 is attributed to an increase in provisions for losses, which is part of our risk management approach and demonstrates another way that we protect the American taxpayer.” Ginnie Mae has been instrumental in maintaining the flow of capital from global financial markets to the nation’s housing markets in the wake of the economic downturn. In FY 2012, Ginnie Mae financed nearly half of all homes purchased in America. “Ginnie Mae’s unique securitization platform has allowed us to deliver nearly $1.7 trillion of liquidity into the U.S. housing mortgage finance market since the crisis began, providing homeownership and housing opportunities for more than 6.3 million households,” said Executive Vice President Mary Kinney. “This success also clearly demonstrates the importance of the countercyclical nature of our business, allowing Ginnie Mae to step up when the private market retreats.” Investors place a premium value on Ginnie Mae’s full faith and credit guaranty, which helps ensure that the corporation can maintain a consistent pool of funding for government mortgages. Ginnie Mae’s role in the secondary market supports the economic stabilization efforts of Congress and the Administration by making it possible for financial institutions to continue mortgage lending.
Link copied
Published
Nov 15, 2012
Coming Up See All
Aug
18
Maximum Acceleration
Las Vegas, NV
Aug
19
Originator Connect
Las Vegas, NV
Aug
19
Non-QM Summit
Las Vegas, NV
Get the Daily
Advertisement
Advertisement
Industry News
Blend Labs Has Cut 420 Jobs Since April