We Don't Always Need to Look Elsewhere for Executive Talent 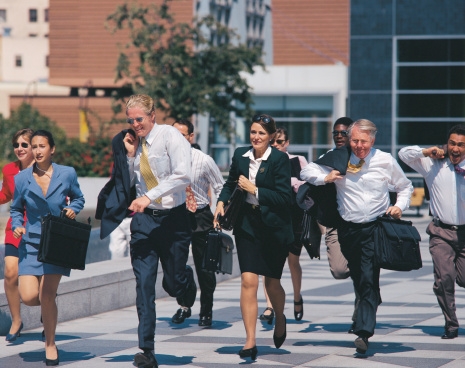 The mortgage industry, on the whole, tends to take a “promote from without” approach when it comes to filling key positions, especially at the executive and management level. We’ve seen this recently with the demise of several major businesses, opening the flood gates for the surviving companies to recruit new talent. Is it possible, however, that we don’t do enough, as an industry, to identify and develop star performers from within our own ranks? While data specific to the mortgage lending industry is difficult to find, it’s not hard to discover the benefits of retaining and promoting our best young professionals from within. A Sasha Corporation study points out the biggest benefit: Cost reduction. According to this study, which also considered the surveys of several other consultants, keeping a “frontline employee” for 20 years can save the employer as many as 10 or even 20 “turns,” which can amount to a cost savings of $100,000 or more. The same study suggests that the average cost of losing and replacing (retraining) an $8/hour employee tends to run over $5,000. And this is just retention of one front line employee. What are the costs of replacing a manager or executive? Another huge benefit to promoting from within is familiarity. While there may be some learning curve with the new position, it will not be compounded by the very real learning curve of a company’s culture and “realpolitik.” The new manager or executive will very likely know his or her way around, which only accelerates the time frame which he/she will need to get up to speed. Morale and loyalty are not “hard costs,” and it’s difficult to monetize the concepts. But make no mistake … they are real, and they can boost one’s business performance. Juan Rodas is AVP of secondary marketing and post production with First Guaranty Mortgage Corporation. He started with the firm years ago on the ground floor in the post-closing department. He has worked his way through the ranks, and was promoted to his current position based upon his business plan, his hard work and knowledge of Ginnie Mae securitizations. Rodas points out that others within the ranks take note when someone is promoted from within. “It increases the morale to know that I can one day move forward and take the next step here,” Rodas said. “It helps people to know that there can be a reward for the hard work.” Rodas further points out that internal development can build a stronger, more efficient team. In his case, the fact that he has worked in several positions (which he know manages) affords him a knowledge (and empathy) for very practical situations. “In secondary, to me, it’s not just about price. I’ve been in my teammates’ shoes, and know what they do,” said Rodas. “I don’t have to go to my back office to answer every question. I already know the Ginnie Mae requirements.” John Boyce came to First Guaranty five years ago as an input specialist. He has been promoted several times, and is now AVP, wholesale production manager. He has been in the industry for approximately 14 years, and notes that promotion from within tends to be the exception, rather than the rule, in our industry. He agrees with Juan that cultivating leadership from within the ranks isn’t just cost-effective. It can boost morale and effectiveness as well. “Promoting people from within the company lets others know that there’s a real opportunity for advancement,” Boyce said. “It encourages and reinforces good work and team effort.” John has been one of the key people in First Guaranty’s wholesale lending platform, and uses the knowledge he gained working his way through the ranks on a transactional level. That knowledge makes him unique in our industry, and gives him an advantage, especially when it comes to working within the multiple regulatory requirements we face. This article is not intended to suggest that all promotions must be internal. Indeed, there can be some disadvantages. Sometimes, our top employees best serve the company in the positions they currently have. We’re all familiar with the proverbial star salesperson who struggles in the role of sales manager. Similarly, when we only promote from within, we risk building a climate of entitlement. Ours is not an industry that can afford executives who attained their positions simply because they’ve “put in their time.” Nonetheless, it seems there’s not enough internal promotion in the mortgage industry. We’ve been accused more than once of taking a very short-term perspective when it comes to strategy and development. A failure to develop our young talent only supports that accusation. Change is coming to us whether we want it or not. While we’re revisiting our production and compliance strategies, wouldn’t it be an opportune time to revisit our approach to recruitment and retention as well? Andrew Peters is chief executive officer of McLean, Va.-based First Guaranty Mortgage Corporation. Peters has been with FGMC for over ten years, and has been the CEO since September 2011. Before that, he served FGMC as its senior vice president, national business director. He may be reached by phone at (301) 682-8228 or e-mail [email protected]
Link copied
Published
Jan 17, 2013
Coming Up See All
Jan
26
Mortgage Leadership Outlook: Karl Jacob
Facebook Live
•
1:00 PM PT
Jan
27
Making Money in Non-QM
Webinar
1:00 PM ET
Feb
08
Texas Mortgage Roundup — Austin
Austin, TX
Get the Daily
Advertisement
Advertisement
Analysis and Data
Housing Bubble? Buyers Say Yes, Economist Says No