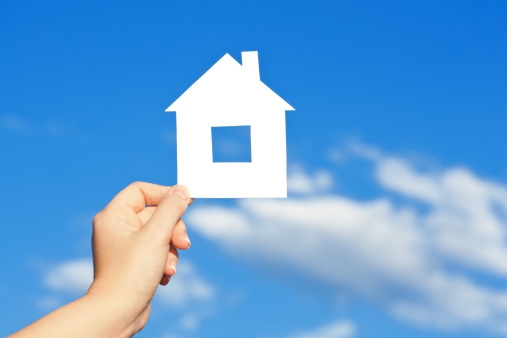 The RE/MAX National Housing Report shows a broad recovery across the country, with both home sales and prices rising almost every month of the year. For December, the number of home sales was up 3.8 percent and the median price of those homes rose 7.6 percent. Throughout the year, a favorable combination of record low interest rates, affordable prices and a shrinking inventory created opportunities that many consumers could not resist. The inventory of homes for sale fell each month of the year, ending the year at a level 29.1 percent below the inventory of December 2011. A reduced inventory helped home prices rise, but also made it difficult for many buyers to find the home of their dreams. The New Year should see the same trends continue. “We can finally say that the worst of the housing crisis is now behind us, as 2012 saw dramatic increases in both sales and prices, with home buyers and sellers coming back to the market in numbers we’ve been anticipating for years,” said Margaret Kelly, CEO of RE/MAX LLC. “The market started 2012 with a great surge, and we’re hoping that 2013 will be even stronger. We’re not completely out of the woods, but we’re well on the way to a solid and sustainable recovery.” December home sales followed a traditional holiday pattern, dropping lower than the November rate, this year by 4.9 percent. However, sales were markedly better than December 2011 by 3.8 percent. This is the 18th month in a row with sales higher than the same month in the previous year. Of the 52 metro areas surveyed in the December RE/MAX National Housing Report, 34 reported higher sales than December 2011. Sixteen of those metropolitan areas reported double digit gains over last December including: Raleigh-Durham, N.C. +31.3 percent, Albuquerque, N.M. +29.6 percent, Providence, R.I. +24.5 percent, Chicago, Ill. +21.1 percent, Hartford, Conn. +19.9 percent and Charlotte, N.C. +16.7 percent. The December Median Price for all homes sold in the survey’s 52 metro areas was $166,250. This price is 1.8 percent higher than the Median Price in November, and 7.6 percent higher than the price seen in December 2011. December is the 11th consecutive month with higher prices than the same time last year. December prices bucked the holiday trend and rose both on a monthly and annual basis. Of all 52 metro areas included in the December survey, a strong showing of 48 experienced year-over-year price increases. Of those, 21 saw double digit increases including: San Francisco, Calif. +34.6 percent, Detroit, Mich. +32.8 percent, Phoenix, Ariz. +31.4 percent, Boise, Idaho +29.1 percent, Miami, Fla. +27.4 percent and Las Vegas, Nev. +26.2 percent. The average Days on Market for homes sold in the month of December was 84. This is just two days more than average of 82 in November, but a substantial 12 days lower than the 98 days average in December 2011. The average Days on Market for the 12 months of 2012 was 89. December represents the seventh time in the past 12 months that a Days on Market average was below 90. The lower Days on Market average is a direct result of a greatly reduced inventory. Days on Market is the number of days between when a home first being listed in an MLS and when a sales contract is signed. The total number of homes for sale in December dropped 11.8 percent from November and 29.1 percent from the number on the market in December 2011. Month-to-month inventories have now fallen for 30 consecutive months. Although rising prices may be the result of a shrinking inventory, a low inventory also causes difficulties for many potential buyers. Given the December rate of home sales, the average Months Supply was 5.7, nearly identical to the 5.6 supply in November, but significantly lower than the 7.8 month supply in December last year. Very low Months Supply levels continue to be seen in cities like: San Francisco, CA 1.1, Los Angeles, CA 1.8, Denver, CO 3.0, Orlando, FL 3.0, San Diego, CA 3.0, Seattle, WA 3.1, Las Vegas, NV 3.1, Minneapolis, MN 3.4, and Detroit, MI 3.5.
Link copied
Published
Jan 18, 2013
Coming Up See All
Jan
26
Mortgage Leadership Outlook: Karl Jacob
Facebook Live
•
1:00 PM PT
Jan
27
Making Money in Non-QM
Webinar
1:00 PM ET
Feb
08
Texas Mortgage Roundup — Austin
Austin, TX
Get the Daily
Advertisement
Advertisement
Analysis and Data
Housing Bubble? Buyers Say Yes, Economist Says No