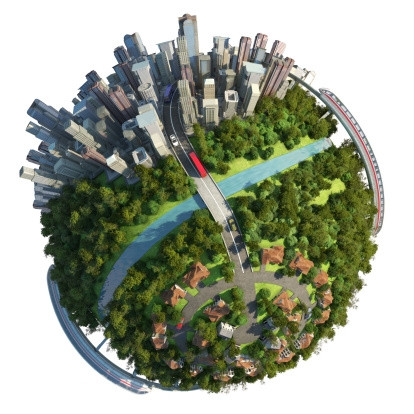 The impact of climate change will play a greater role in shaping coastal development in the years ahead, influencing decisions on what is built and rebuilt, where and how it is built, and how it is insured and financed, according to insurance and real estate professionals speaking at a global policy and practice forum hosted by the Urban Land Institute (ULI). The increased frequency of property casualties associated extreme weather events, including severe hurricanes, tornadoes, floods, storm surges, and drought-fueled fires, as well as significant sea level increases are changing how property risk is valued, noted the panelists. The changes in both extreme weather events and risks are compelling the real estate industry to explore new development practices that implement adaptive measures that better protect both the built and natural environment. Increased climate risks are also raising awareness of the need for more investments to make existing buildings more energy efficient and reduce the carbon emissions associated with buildings. “For the real estate industry, the risk posed to urbanized coastal areas by climate change has become a global issue with dramatic local ramifications. It’s one of several drivers – along with economic, demographic and societal changes—that are necessitating a different approach to coastal development in the twenty-first century,” said ULI Chief Executive Officer Patrick L. Phillips. “Whether necessitated by reasons related to market demand or environmental concerns, rebuilding presents an opportunity to reduce risk in the future, enhance livability, restore natural resources, and increase community resilience.” The forum, “Resilience and Risk in Coastal Regions,” held mid-January in Washington, D.C., included representatives of the federal government, local governments, investors, property owners and leading members of the insurance and reinsurance industries. Among the panelists’ observations and predictions: ►Mark-to-market pricing could be replaced by “mark-to-future” pricing that reflects external factors such as a community’s sea wall height and internal factors such as whether the building mechanical systems are elevated in a building. “This century will be about high volatility and huge uncertainty…Planning will be stepped up for events related to climate change, and buildings will be assessed for what will break.” ►Population growth and the rise of the global middle class is accelerating the urbanization of coastal cities worldwide, increasing their vulnerability to high losses of life and property damage from catastrophic storms. ►In the U.S., compromised infrastructure systems are adding to the risks faced by these rapidly growing areas. “Reinsurers and insurers are facing increasing losses around the globe, and what it boils down to is how to deal with uncertainty going forward.” ►Risk assessments are being adjusted to account for the fact that storms originating off the coast are increasingly having a major effect on geographic areas far beyond the initial landfall point, reaching places where buildings are not constructed to the same standards as those on the coast. ►Several lessons resulted from Hurricane Sandy that can be applied to urban planning for the future: 1) Critical infrastructure (such as electricity grids) should be restructured to provide more individualized service on a block-by-block basis, so whole communities do not lose power at once; 2) Land uses need to be reevaluated, in terms of which areas should not be rebuilt or rebuilt differently; 3) Consideration should be given to elevating water and sewer systems to factor in sea level increases; and 4) a new system of infrastructure financing, such as an infrastructure bank, is needed to generate funds to upgrade and build more weather-resilient systems. ►The carbon footprint of buildings will increasingly affect property values and the availability of financing. Tenants seeking to lower their own carbon emissions will choose to lease space in high performing buildings, even if the rent is more expensive. “Carbon is the new asbestos for real estate; and it’s on everyone’s balance sheet.” ►Property insurance underwriting is being driven by the desire for market share, which is causing many companies to be heavily exposed in areas inadequately prepared to withstand natural and manmade disasters. More programs are needed to incentivize cities to implement adaptation measures. ►The costs of business interruption are often far higher than those for replacing properties and repairing damage, but business interruption is seldom reflected in policy coverage. In addition to the vulnerability of their own locations, companies need to gauge the risks posed by the locations of partners such as parts suppliers. As storms become more frequent and intense, long-term economic losses will eclipse property destruction as the major threat to urban prosperity. ►More and more coastal areas are being affected not just by major storms, but by “non-event” weather that is flooding heavily built-up shorelines. A more balanced approach is needed that reflects the likelihood of future damage (and thus avoids rebuilding in the most disaster-prone areas), but which also recognizes that coastal real estate is a key economic driver. One likely outcome: greater use of the waterfront as open space, which creates value for the entire community but can also act as a protective barrier to storm surges. Observed forum keynote speaker Fred Krupp, president of the Environmental Defense Fund: “Finding solutions to climate change is not an easy path, but a necessary path. We must keep talking about these issues, because we have paid a heavy price for our silence.”
Link copied
Published
Jan 25, 2013
Coming Up See All
Jan
26
Mortgage Leadership Outlook: Karl Jacob
Facebook Live
•
1:00 PM PT
Jan
27
Making Money in Non-QM
Webinar
1:00 PM ET
Feb
08
Texas Mortgage Roundup — Austin
Austin, TX
Get the Daily
Advertisement
Advertisement
Community
LendingTree Inc. Ushers In New Generation Of Leaders