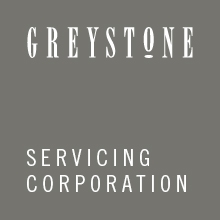 Greystone has announced the addition of Dale Holzer to the firm’s multifamily lending group. He will report up to Rick Wolf, senior managing director of Greystone’s West Coast Production, and will serve out of the firm’s soon to be opened Newport Beach office. In his role as director, Holzer will work to further strengthen the firm’s West Coast presence and production capabilities. Prior to joining Greystone, Holzer served as a VP of originations at Alliant Capital LLC, where he closed in excess of $50 million in new loan production in 2012. "Dale’s market expertise and relationships within the industry will be a valuable resource to Greystone as we expand our West Coast operations," said Wolf. “We believe that the addition of new personnel, such as Dale, will be crucial as we continue to expand through the region and look to better serve our growing customer base.” Additionally, Holzer previously served as a vice president at George Smith Partners, where his responsibilities included underwriting new transactions, cash flow analysis, structuring debt/equity transactions and capital markets.
Link copied
Published
Feb 11, 2013
Coming Up See All
Jan
26
Mortgage Leadership Outlook: Karl Jacob
Facebook Live
•
1:00 PM PT
Jan
27
Making Money in Non-QM
Webinar
1:00 PM ET
Feb
08
Texas Mortgage Roundup — Austin
Austin, TX
Get the Daily
Advertisement
Advertisement
Analysis and Data
Housing Bubble? Buyers Say Yes, Economist Says No