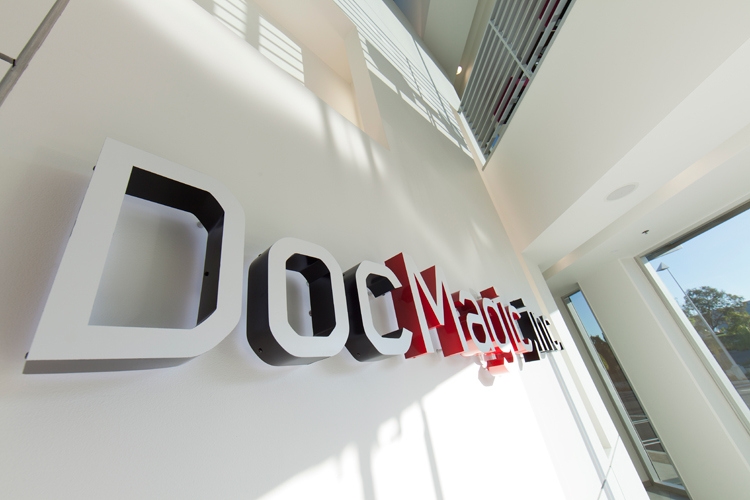 DocMagic Inc. has announced that Jeremy Davis, an employee of Franklin American Mortgage Company based in Tennessee, is the Grand Prize winner in its "Vote for DocMagic" campaign, the company’s first Facebook contest. DocMagic has embraced gamification as a tactic for quickly building out its online following. The contest, which ran from October through December of 2012, resulted in the company’s online followership increasing by 350 percent. “This was a very successful test of our ability to interact with DocMagic users through this social media channel,” said Dominic Iannitti, CEO of DocMagic. “With nearly 1,000 industry Facebook users visiting the page and engaging with our mascot, we see Facebook as a viable communication channel and gamification as an effective tactic for bringing new visitors to our page.” The “Vote for Doc” Sweepstakes was restricted to mortgage lenders, mortgage lending professionals and others from the mortgage lending industry. The contest was successful in expanding DocMagic’s Facebook page connections by 350 percent. As the winner, Davis will receive an expense-paid trip for two to Washington D.C. for four days and three nights, including airfare, hotel, and a tour of the Capitol. The “2012 Presidential Doc” bunny mascot, the focus of this contest, was one of the most popular DocMagic bunnies ever. Hundreds of visitors to the Facebook page were sent the stuffed mascots. Some DocMagic users are avid collectors of the mascot, which is updated each year with a whole new persona and sent free to DocMagic customers.
Link copied
Published
Feb 12, 2013
Coming Up See All
Jan
27
Making Money in Non-QM
Webinar
1:00 PM ET
Feb
08
Texas Mortgage Roundup — Austin
Austin, TX
Mar
01
Atlanta Mortgage Expo
Atlanta, GA
Get the Daily
Advertisement
Advertisement
Non-QM
Fitch Assigns RMBS Servicer Ratings To A&D Mortgage