eRecording of Documents on the Rise – NMP Skip to main content

eRecording of Documents on the Rise 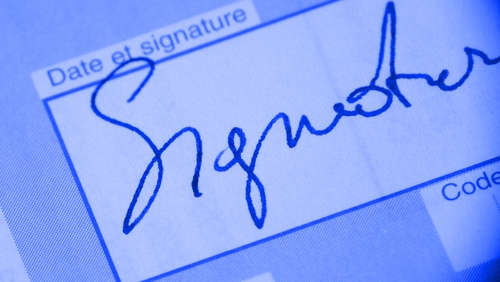 Nationwide Title Clearing Inc. (NTC) has announced that company experts have identified a trend that shows more documents are being recorded electronically in the nation’s Recorders’ Offices. NTC’s eRecording manager Brian Ernissee spoke on the topic at the Property Records Industry Association (PRIA) Winter Symposium as part of an expert panel. “More than 840 jurisdictions are currently eRecording-enabled, and approximately 15 new jurisdictions become enabled every month,” Ernissee said. “The volume of documents sent by NTC to record electronically has gone from 10 percent in May 2012 to well above 40 percent in February 2013. With such positive growth, we expect the total volume of documents submitted electronically for recording to be well above 50% by May.”   eRecording at NTC consists of a five-step process: Submit, receive, review, record and return. eRecording makes processing land record and property documents simple, fast and secure. The process allows documents to be submitted 24/7, and is cost-effective, reducing paperwork. Documents are scanned and submitted within minutes, and are then returned electronically immediately after recording. PRIA is an organization which develops and promotes national standards and practices within the land records industry. The PRIA Winter Symposium consisted of 23 sessions on the topic of eRecords and was well-attended with 148 members, guests and speakers. Brian Ernissee, NTC’s Electronic Recording Manager, spoke on a panel at the conference called “eRecord from a Submitter’s Perspective.” Ernissee spoke about the relative newness of eRecording and how to improve upon the practice and make it widespread, drawing upon NTC’s 20 years of experience with property documents.
Link copied
Published
Mar 25, 2013
Coming Up See All
Jan
26
Mortgage Leadership Outlook: Karl Jacob
Facebook Live
•
1:00 PM PT
Jan
27
Making Money in Non-QM
Webinar
1:00 PM ET
Feb
08
Texas Mortgage Roundup — Austin
Austin, TX
Get the Daily
Advertisement
Advertisement
Analysis and Data
CREFC Board Shows Significant Shift In Outlook For 2022