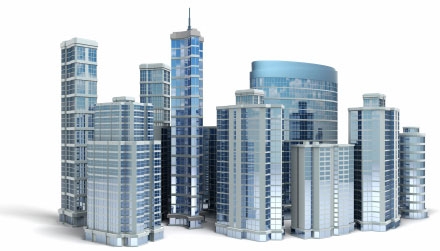 CRE Finance Council (CREFC) and Trepp LLC released the preliminary survey results of the Trepp/CREFC Portfolio Lender Survey of commercial mortgage investment performance within the insurance company sector. Insurance companies, representing approximately $156 billion in combined commercial mortgage assets, took part in the survey. Participating companies contributed data for Q3-Q4 2012, covering both their General Account and any subsidiaries.  Subsidiaries were included so as to fully capture performance of any sub-performing or non-performing loans in these entities. Conclusions From the Preliminary Survey Results Based upon the data submitted, certain trends have been confirmed:      ►The average commercial mortgage holdings of companies participating in the survey was 15.25 percent of total invested assets, which is up 3.88 percent from year-end 2011. This is a clear indication of increasing allocations in commercial mortgages by insurance companies. ►The Total Realized Net losses in the general accounts and subsidiary entities of the participating companies appear to be stabilizing at very controlled levels with superior performance to other lending sectors. The realized net losses at year-end 2011 were at 0.18 percent whereas at the end of Q4 2012 it was 0.17 percent. ►Concern that the insurance company sector has reported artificially low levels of problem loans and delinquencies appears to be largely unfounded. The inclusion of non-insurance subsidiary entities did not materially elevate the level of average reported delinquencies over the levels seen in ACLI reporting. Total loan delinquencies (30 days or greater) recorded by participating companies within their general account holdings and subsidiary entities averaged 0.44 percent. ►Reported problem loans (which may include loans not currently 90 days or greater in delinquency) has not exceeded 0.15 percent in the current cycle and actually declined in 2012 from the levels reported in 2011. ►Insurance companies are using a wide range of options to deal with troubled assets, including foreclosures, note sales, discounted pay-offs and other actions. For the realized losses that were recorded, 50.54 percent were generated from write-down(s), 21.85 percent from discounted payoffs, 20.28 percent from distressed note sale and 5.42 percent from foreclosure. Both non-distressed sales and restructures only accounted for 1.92 percent of the total realized losses. Realized losses arising from distressed note sales rose significantly by 10.2 percent while realized losses from foreclosure decreased about 15 percent when compared to losses recorded as of year-end 2011. ►Over the last couple of years there have been improvements in the average reported portfolio loan-to-values and debt service coverage ratio. The average commercial mortgage loan-to-value (LTV) held within participating company portfolios is 58.2 percent at the end of Q4 2012.  Approximately 1.53 percent of loan exposure for all companies is above a 100 percent loan-to-value. The average debt service coverage ratio (DSCR) within portfolios is 1.89 times Also, about 93.6 percent of all exposure held was above a 1.0 times debt service coverage ratio. In comparison with 2011, the average portfolio LTV is down 2.4 percent and DSCR is up by 0.1. ►The average liquidity of near-term maturities held by insurance companies also appears strong with an average reported debt yield of 14 percent for loans maturing in the next 12 months.  "These results provide clear evidence of extremely solid investment performance within insurance company portfolios," said Todd Everett, managing director and head of Real Estate Fixed Income at Principal Real Estate Investors and immediate past-chair of CREFC's Portfolio Lenders Insurance Company Sub-Forum. "They also demonstrate the reasons we are seeing increasing allocations in commercial mortgages from this sector. The low level of losses is indicative of the quality of insurance company underwriting." The next iteration of the insurance company survey, covering data from Q1-Q2 2013, will be distributed at a later date. “CREFC's Portfolio Lenders Forum and our partners at Trepp are providing the industry with an important benchmarking performance tool,” said Stephen M. Renna, CREFC president & CEO. "Importantly, this survey has evolved to provide meaningful trend analysis as well as baseline results. We look forward to growing the scope and utility of this survey."
Link copied
Published
Jul 02, 2013
Coming Up See All
Aug
11
California Mortgage Expo — San Diego
San Diego, CA
Aug
11
SMS Marketing 101
Webinar
2:00 PM ET
Aug
18
Maximum Acceleration
Las Vegas, NV
Get the Daily
Advertisement
Advertisement
Wholesale
loanDepot Dumping Brokers, Exits Wholesale