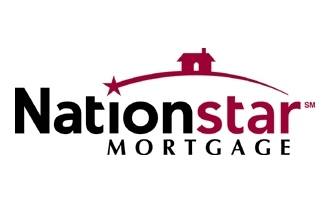 Lewisville, Texas-based Nationstar Mortgage has had a rough 2013. Back in March, the mortgage servicer was accused of harming investors by auctioning off securities. “Nationstar has not fulfilled its duties as master servicer but rather has engaged in practices to enrich itself at the expense of” investors, stated mortgage-bond investor KIRP LLC in a statement. Not long after that, Nationstar was ordered to cease the auction of some loans by Justice Eileen Bransten. In May, the company was sued over predatory lending practices by a couple in West Virginia. Currently, there are more than 800 complaints against Nationstar, according to consumer Web site Consumer Affairs. The company also maintains a solid one-star rating based on 88 percent of those reviewing the company online, along with a variety of comments and stories from victims of Nationstar’s poor business-dealings. There’s even a Nationstar Mortgage Victims Facebook Page that was established in January of 2012 as a way for those having difficulty dealing with the company to openly discuss their problems and learn more about the process of filing a complaint against the company. Now, Nationstar is facing a $35 million lawsuit centered around cancelled home loan auctions. Truman Capital Advisors and U.S. Bank saw their bids superseded by Nationstar bailing out on the deal at the last minute. Nationstar, using Auction.com, listed hundreds of residential mortgages online. After Nationstar notified Truman Capital that they were the winner of over 500 mortgages, the company refused to complete the transaction with the complaint reading that the company "has made the decision not to go forward with those sales.” "Nationstar’s decision in that regard was based principally, if not solely, on its belated realization that the reserve prices it had set for, and at which it had agree to sell, the mortgages to TCA was significantly lower than their fair market value," read the court records filed by Truman Capital and U.S. The company went on the offensive, filing a suit against Truman and U.S. Bank and stating "We attempted to work in good faith with Truman Capital to resolve the dispute. However, despite our efforts, unfortunately we were not able to reach a resolution of this matter. So we determined the only way to resolve the matter was to resort to litigation.” Nationstar has maintained an A+ rating with the Better Business Bureau. Whether or not intervention from another oversight organization like the CFPB is on the horizon for Nationstar remains to be seen.
Link copied
Published
Jul 30, 2013
Coming Up See All
Sep
28
DealDesk: Introduction to Acra Lending's Light Doc Programs
Webinar
2:00 PM ET
Sep
29
How to Win with Non-Delegated Correspondent - Key Insights on the Model and Fulfillment Solutions
Webinar
2:00 PM ET
Oct
06
How to Use Credit as A Strategic Tool to Attract More Leads, Make Better Offers and Close More Loans
Webinar
2:00 PM ET
Get the Daily
Advertisement
Advertisement
Industry News
Angel Oak Layoffs Add To Growing List Of Non-QM Cuts