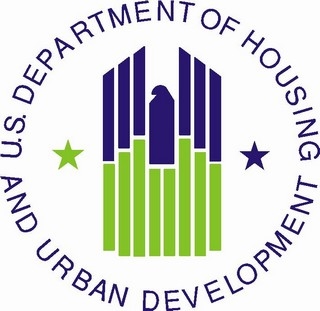 U.S. Department of Housing & Urban Development Secretary Shaun Donovan awarded $1.7 billion to public housing authorities in all 50 states, as well as the District of Columbia, Guam, Puerto Rico and the U.S. Virgin Islands, to make major large-scale improvements to the nation’s 1.2 million public housing units. The grants are provided through HUD’s Capital Fund Program, which provides funding annually to all public housing authorities to build, repair, renovate and/or modernize the public housing in their communities. The authorities use the funding to do large-scale improvements to the housing such as new roofs or to make energy-efficient upgrades to replace old plumbing and electrical systems. “This funding is critical for housing authorities to maintain and improve public housing conditions for their residents,” said Donovan. “However, with a significant repair backlog, I am encouraged by new, innovative long-term solutions HUD is exploring that can be combined with this funding to not only protect and preserve this housing for the next generation, but to also build the quality infrastructure necessary for families to thrive.” Capital Fund grants are awarded annually to the nation’s approximately 3,100 public housing agencies through a formula that considers number, type and age of units in a community. Eligible uses for this funding include development, financing and modernization of the public housing units as well as management improvements at the public housing authority. Over the past 75 years, the federal government has been working and investing billions of dollars in developing and maintaining public and multifamily housing – including providing critical support through the Capital Fund grants announced. Still, the nation continues to lose approximately 10,000 public housing units annually, primarily due to disrepair. In 2011, HUD released Capital Needs in the Public Housing Program, a study that estimated the capital needs in the public housing stock in the U.S. The study found the nation’s 1.2 million public housing units are facing an estimated $25.6 billion in large-scale repairs. Unlike routine maintenance, capital needs are extensive improvements required to make the housing decent and economically sustainable, such as replacing roofs or updating plumbing and electrical systems to increase energy efficiency. To help protect the considerable federal investment and respond to the growing demand for affordable rental housing, the Obama Administration proposed the Rental Assistance Demonstration (RAD), a comprehensive strategy that complements the Capital Fund Program and offers a long-term solution to preserve and enhance the country’s affordable housing stock, including leveraging public and private funding to make critically needed improvements. Since Congress approved the demonstration, early results show it is already generating additional capital for public and assisted housing. After opening RAD application periods last summer, HUD has approved or given initial approval to nearly 20,000 public and assisted housing units in 180 different projects across the country. Through these awards, housing authorities have proposed to generate close to $816 million in private debt and equity investments to reduce the capital backlog in public housing properties, which will preserve or replace distressed units and support local jobs in their communities – all without additional federal resources.
Link copied
Published
Aug 08, 2013
Coming Up See All
Feb
14
Texas Mortgage Roundup — Austin
Austin, TX
Mar
01
Atlanta Mortgage Expo
Atlanta, GA
Mar
15
Mid-South Mortgage Expo
Nashville, TN
Get the Daily
Advertisement
Advertisement
Non-QM
Newfi Lending Unveils New Logo